The best estimate of ash-cloud top is around 2.8 km (9 158 feet) above sea level but it may be higher than what can be observed clearly, the Sirung Volcano Observatory said.

Ash-cloud is moving north. Its height was assessed by a ground observer.

Seismicity at the volcano has not shown significant changes, however, ash emission may reoccur. 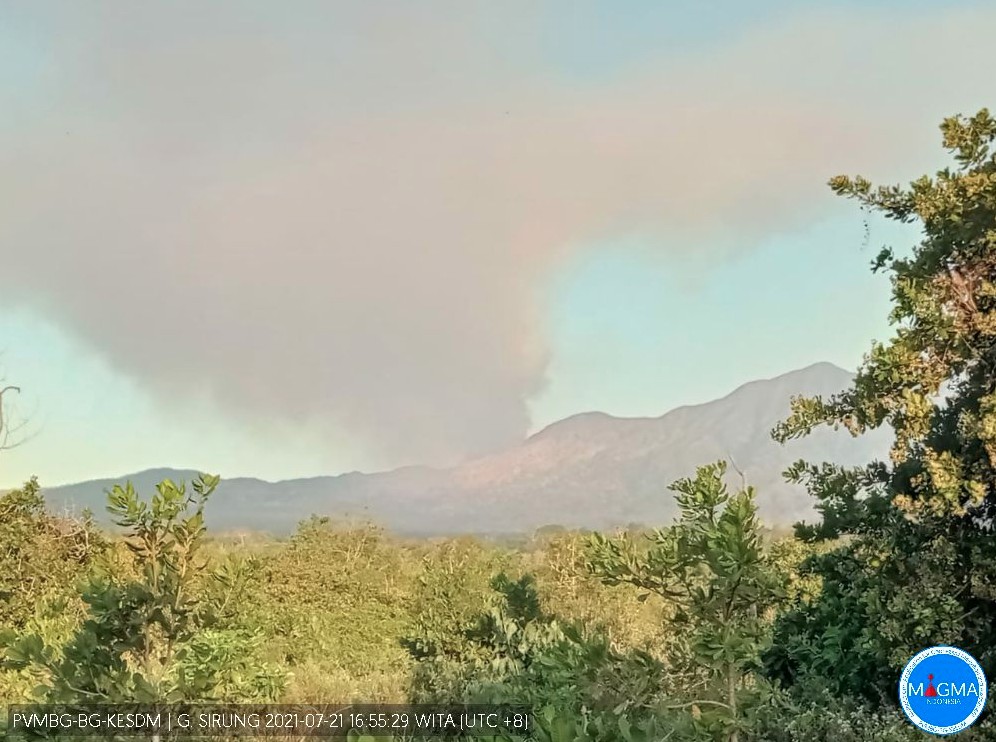 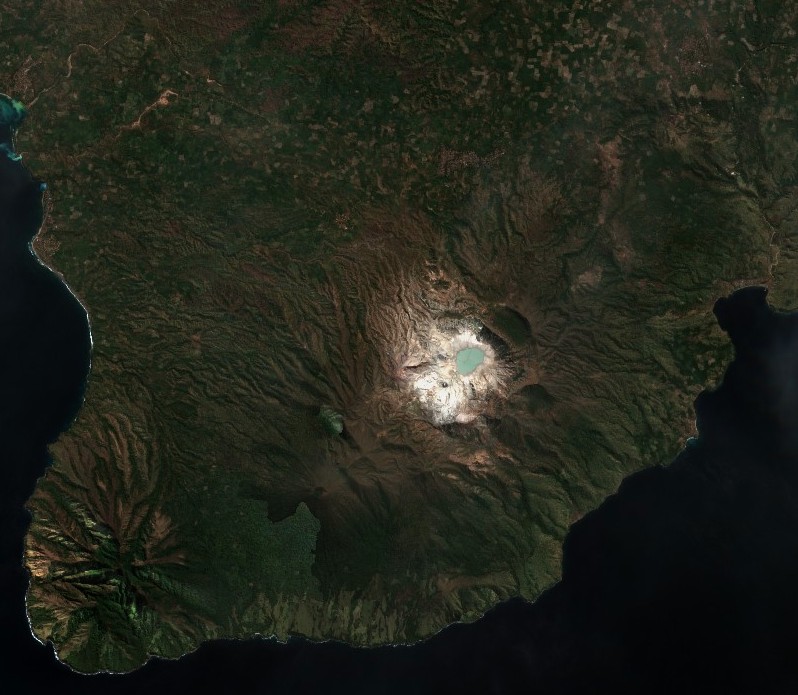 A 3-hour long eruption took place at Sirung volcano on May 8, 2012. The eruption was accompanied by loud sounds and incandescent tephra observed rising 10 m (33 feet) above the crater.

Sirung volcano is located at the NE end of a 14 km (8.7 miles) long line of volcanic centers that form a peninsula at the southern end of Pantar Island. The volcano is truncated by a 2 km (1.2 miles) wide caldera whose floor often contains one or more small lakes.

Much of the volcano is constructed of basaltic lava flows, and the Gunung Sirung lava dome forms the high point on the caldera's western rim.

A number of phreatic eruptions have occurred from vents within the caldera during the 20th century.

Forested Gunung Topaki, the high point of the volcanic chain, lies at the SW end and contains a symmetrical summit crater.