An earth-grazer fireball recorded over the Rio Grande do Sul in Brazil on Sunday, May 30, 2021, may have been from an interstellar meteoroid, according to the Brazilian Meteor Watch Network (BRAMON). It was the third fireball sighting in a week for the country, with the first one seen over the northeast region on May 22 and the second over the southern region on May 27.

Sunday's fireball occurred over the southern region of Brazil, particularly over areas of the Rio Grande do Sul and Porto Alegre.

After analyzing the footage captured by two cameras in Taquara in the Rio Grande do Sul and Tangara in Santa Catarina, BRAMON said the object was an Earth-grazer fireball that may have been generated by an interstellar meteor, that is, coming from outside the solar system.

"From the analysis of the images recorded at the stations, BRAMON concluded that the meteor was an Earthgrazer. It hit Earth's atmosphere at an angle of 6.1°, relative to the ground," it said. 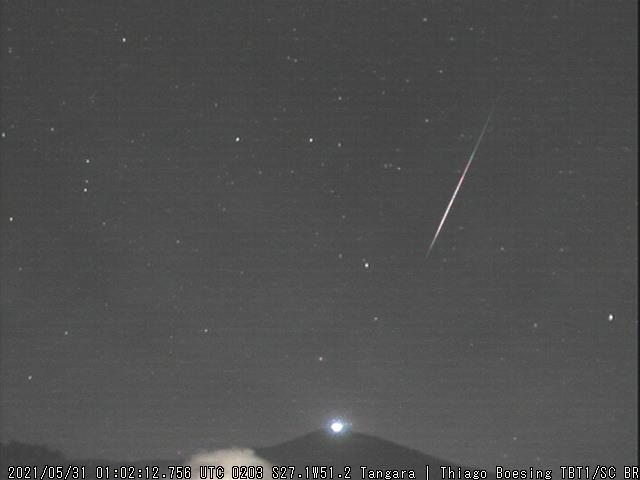 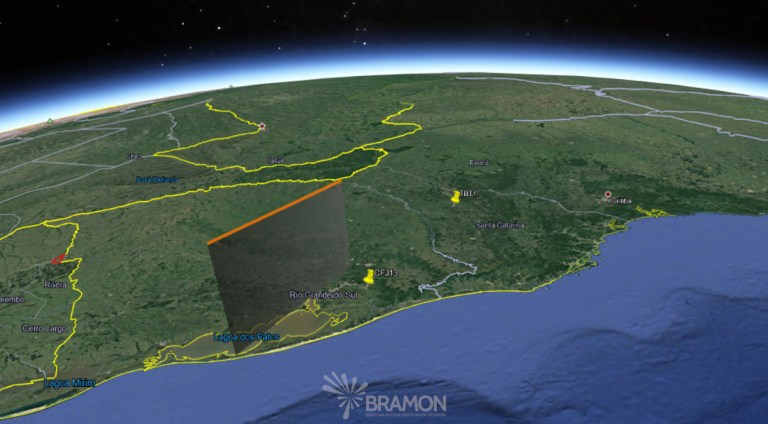 "An Earth-grazer meteor is a meteor that grazes the Earth's atmosphere and travels immense distances in the upper layers of the atmosphere. Generally, an Earth-grazer doesn't glow as brightly and doesn't have flares," BRAMON explained.

"Depending on its size and speed, the object may escape back into space, like a rock that bounces off the water when thrown close to a lake."

This was the third meteor report in a week for Brazil.

On May 22, a bright fireball was seen over the Rio Grande do Sul and the Santa Catarina States. It was followed by another bright meteor across the northeastern region, seen by residents in Paraiba, Pernambuco, and Rio Grande do Norte on May 27.