The USGS issued a Yellow alert for shaking-related fatalities. Some casualties are possible.

Orange alert for issued economic losses. Significant damage is likely and the disaster is potentially widespread. Estimated economic losses are less than 1% of GDP of China. Past events with this alert level have required a regional or national level response.

Overall, the population in this region resides in structures that are highly vulnerable to earthquake shaking, though some resistant structures exist. The predominant vulnerable building types are adobe block and log construction. 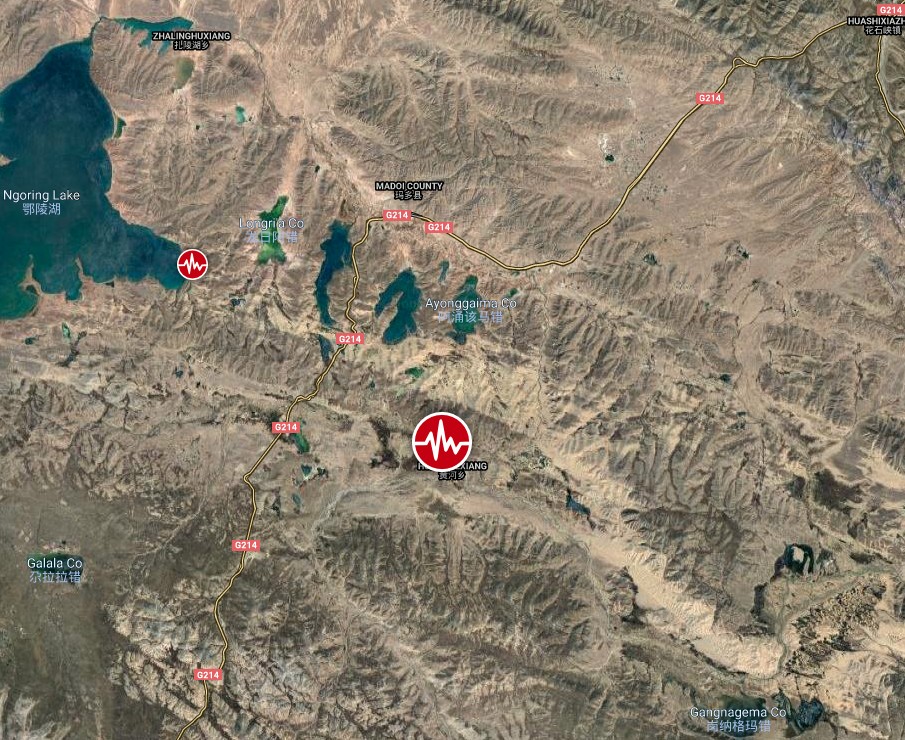 This earthquake was preceded about 4.5 hours by an M6.1 Yunnan earthquake approximately 1 000 km (620 miles) southeast of the M7.3 epicenter, so the two earthquakes are too distant to be considered a foreshock-mainshock pair, the USGS said.

The distance between these two events, combined with the relatively small magnitude of the earlier M6.1, indicates that the two earthquakes are likely not directly related.

While commonly plotted as points on maps, earthquakes of this size are more appropriately described as slips over a larger fault area. Strike-slip faulting events of the size of the May 21 earthquake are typically about 90 x 15 km (56 x 9 miles) in size (length x width). 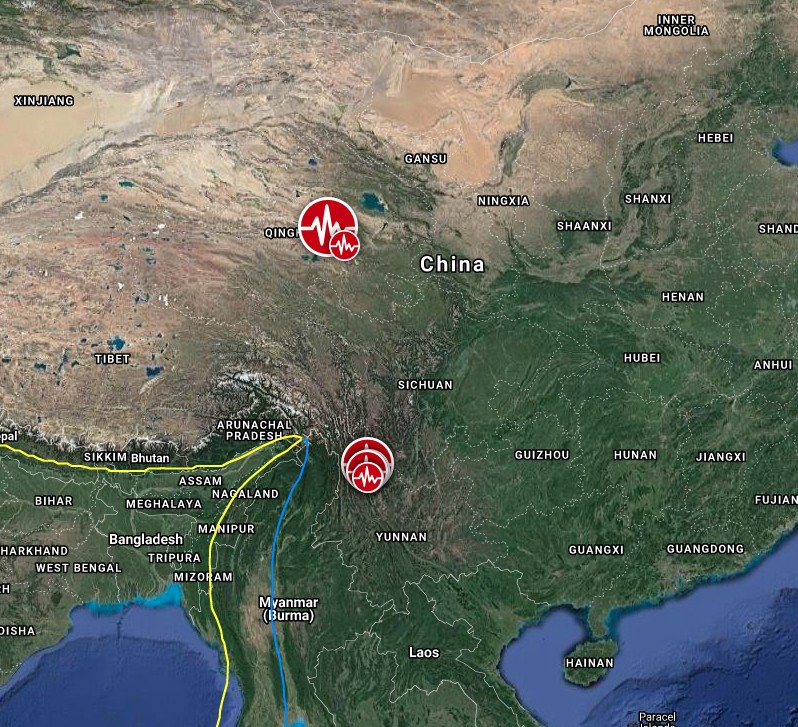 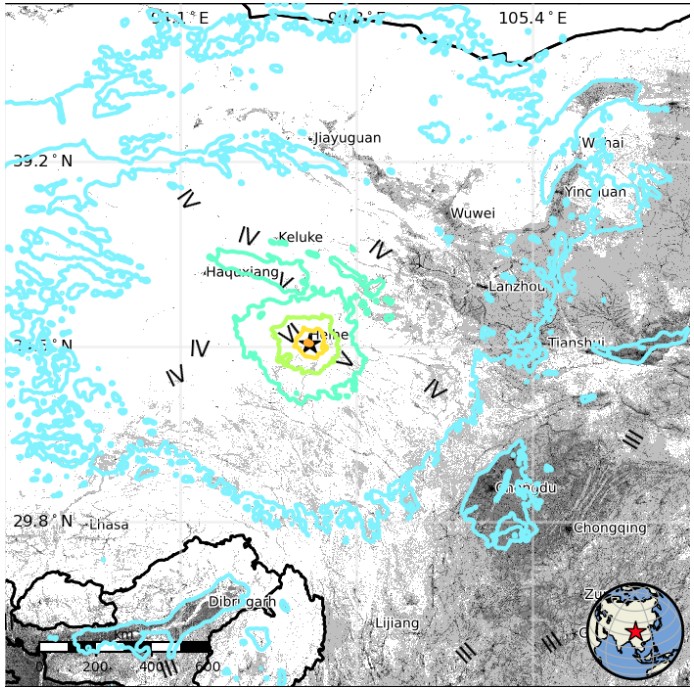 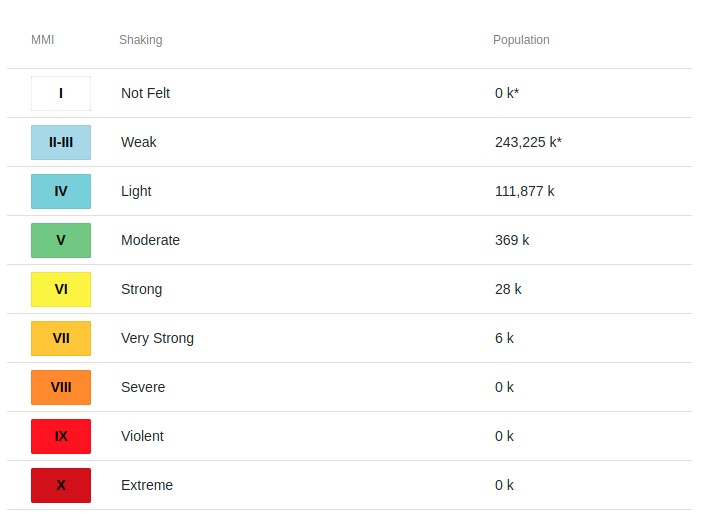 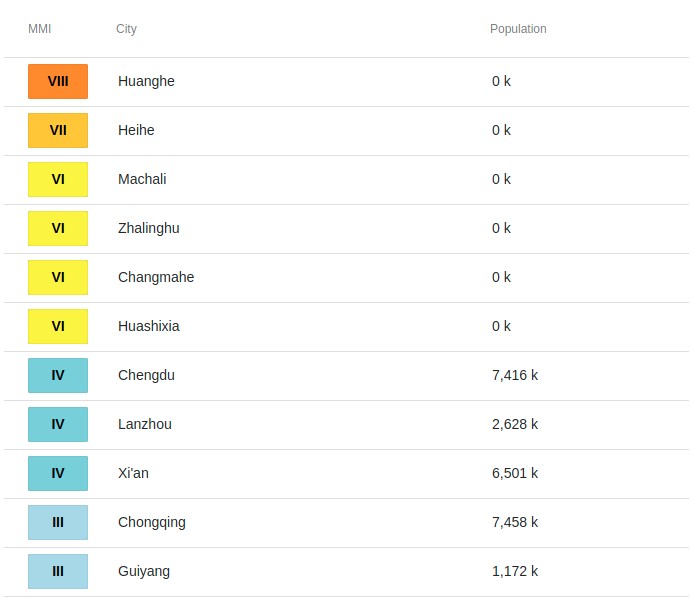 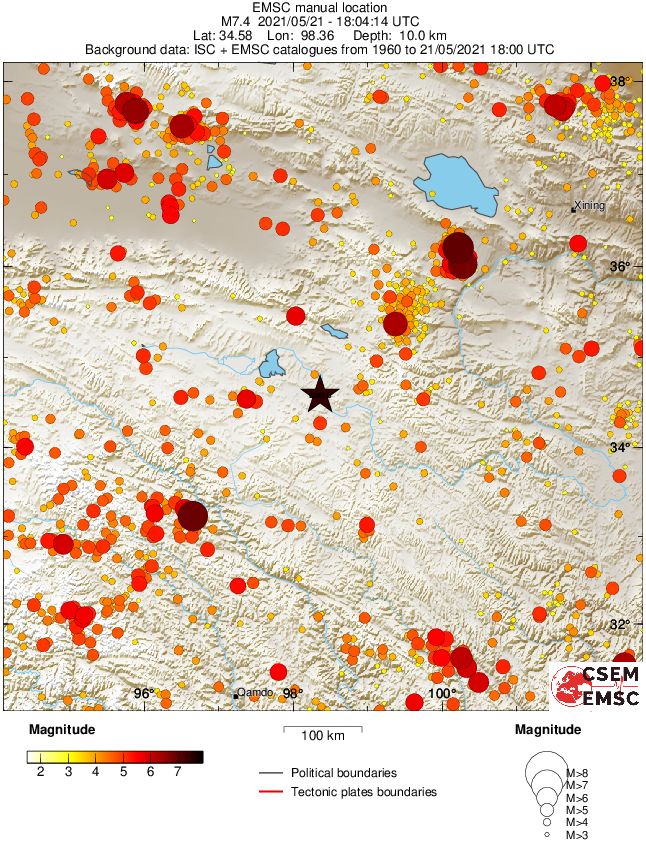 The Tibetan Plateau forms as a result of the northward collision of the India plate with the Eurasia plate and rests north of the Himalaya mountain range.

The Tibetan Plateau is the largest and highest plateau in the world, and as a result, it currently extends to the east and west as a response to gravitational forces. This extension is accommodated by a complex combination of fault motions that include left-lateral strike-slip motion along the Kunlun fault (located north of the M7.3 earthquake), normal faulting within the Tibetan Plateau, and reverse faulting as the Tibetan Plateau impinges onto more stable continental crust in central China.

So far there have been no reports of casualties and house collapses, with normal operation of power and communication networks, local officials said early Saturday, May 22.

However, highway sections and bridges have seen collapses in the quake-hit area, making vehicles impassable.

Well-equipped rescue forces have been dispatched to the quake zone, Xinhua reports.