Wildfires are blazing out of control across Manitoba, Canada, some of which have caused evacuations. As of Wednesday, May 19, 2021, the government reported 12 fires at extremely dangerous levels, prompting air-quality warnings for the western and central areas due to smoke.

Smoke from the fire could affect a number of communities in the area, including Grand Rapids, Misapawistik Cree Nation, Homebrook, Skownan First Nation, Waterhen, Mallard, and Gypsumville. 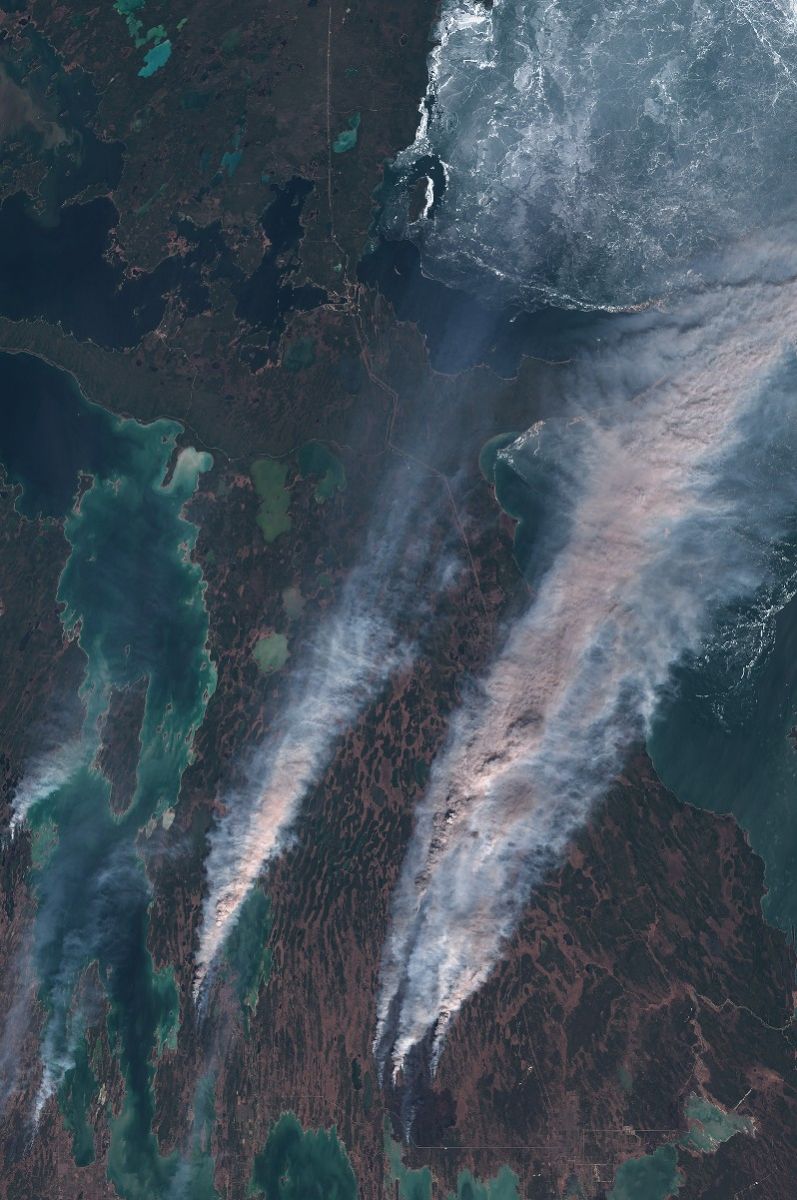 The second-largest fire is in the Rural Municipality of Mountain South, estimated to be 7 000 ha (17 300 acres). The fire is posing risk to half a dozen properties, but work is underway to protect them and local crews are responding.

Uneasy imagery from above. pic.twitter.com/jp8C6cjZfO

Checking in on the multiple wildfires in #Manitoba #Canada  shown in our #wildfire monitoring service. The hotspot and cluster data shows over 18k detections from the last 2 days of satellite data in our system. Fires have caused states of emergency. #StaySafe #MBwx pic.twitter.com/t6n6dLJZlc

This morning, an animation from @AerosolWatch (optical depth, a proxy for pollution) shows smoke from fires in Manitoba had reached NE England and extended over the ocean in front of Mid-Atlantic states. It doesn't look much made it to the MD-DE-VA area. @capitalweather @ryans_wx pic.twitter.com/YLh0WpK6FW

Multiple road closures today due to fire & poor visibility from smoke. Officers are on scene to assist and ensure people stay out of the danger zones. For the latest information on road closures, follow @MBGovRoads. #rcmpmb pic.twitter.com/6rxBTMVLVx

The third biggest fire is reported in the Spruce Woods Provincial Park, estimated at 5 600 ha (13 800 acres), which prompted a local state of emergency in the rural municipality of North Cypress and Carberry.

"There is also potential for smoke to affect Spruce Woods Provincial Park and Swan Lake First Nation," wrote the government. "The Spirit Sands Trails in the Carberry desert are closed."

"Hikers are urged to avoid the area and should not ignore closed trail signs. The suppression effort continues jointly between the Department of National Defence from Shilo, Manitoba Wildfire Service, and local authorities." 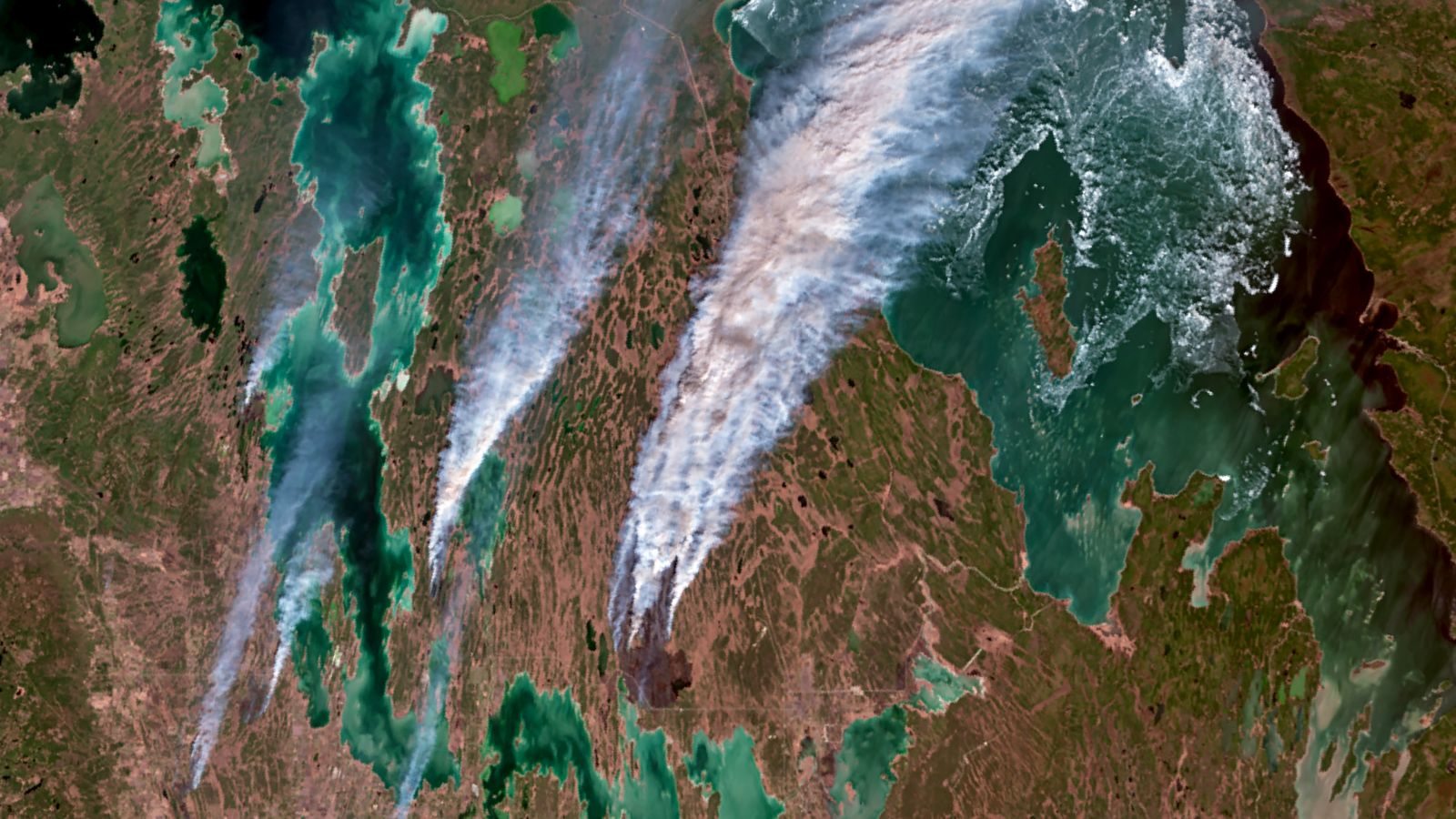 Fires in Whtiemouth Bog and Caddy Lake are both approximately 3 800 ha (9 390 acres). The government warned that the communities of Seven Sisters Falls and Pinawa will experience smoky conditions.

Wildfire in Piney/Sandilands is estimated to be 2 000 ha (4 900 acres) but local crews and a team from Quebec reportedly continue to make good progress in suppressing the flames.

There is also a fire burning about 250 ha (618 acres) in Mountain North and local crews are responding to protect the communities of Pelican Rapids and Sapatoweyak Cree Nation.

Several blazes have been reported in Toniat and Netley Creek, while a fire that scorched 5 ha (12 acres) in Grand Rapids has been contained. However, two buildings were lost to the fire.

"Manitobans are reminded to avoid wildfire areas, and not to congregate on roadways to watch or take pictures of a fire or firefighting efforts. This practice is extremely dangerous and makes it more difficult for crews to do their job," the government warned.

"There is no backcountry travel allowed in the area south of the 53rd parallel at this time, and a number of other fire and travel restrictions remain in effect."