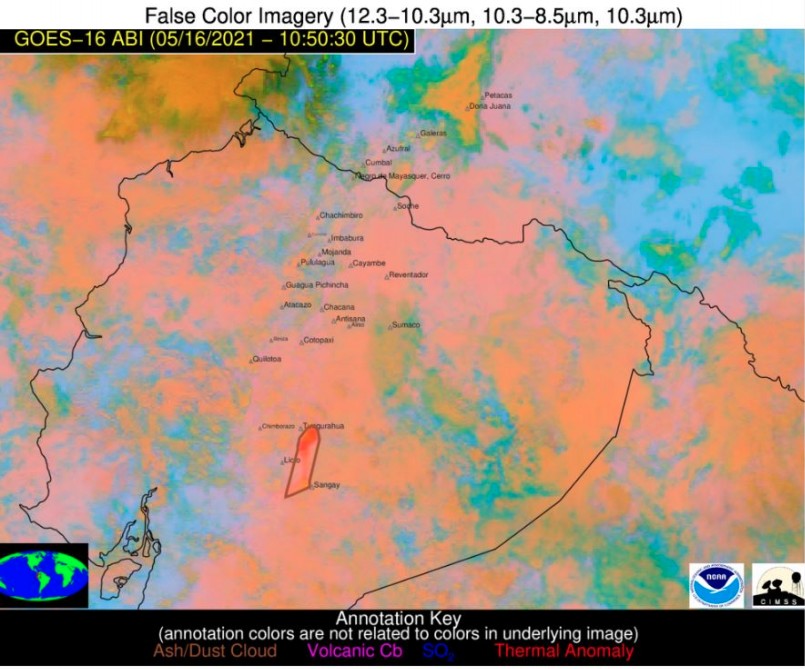 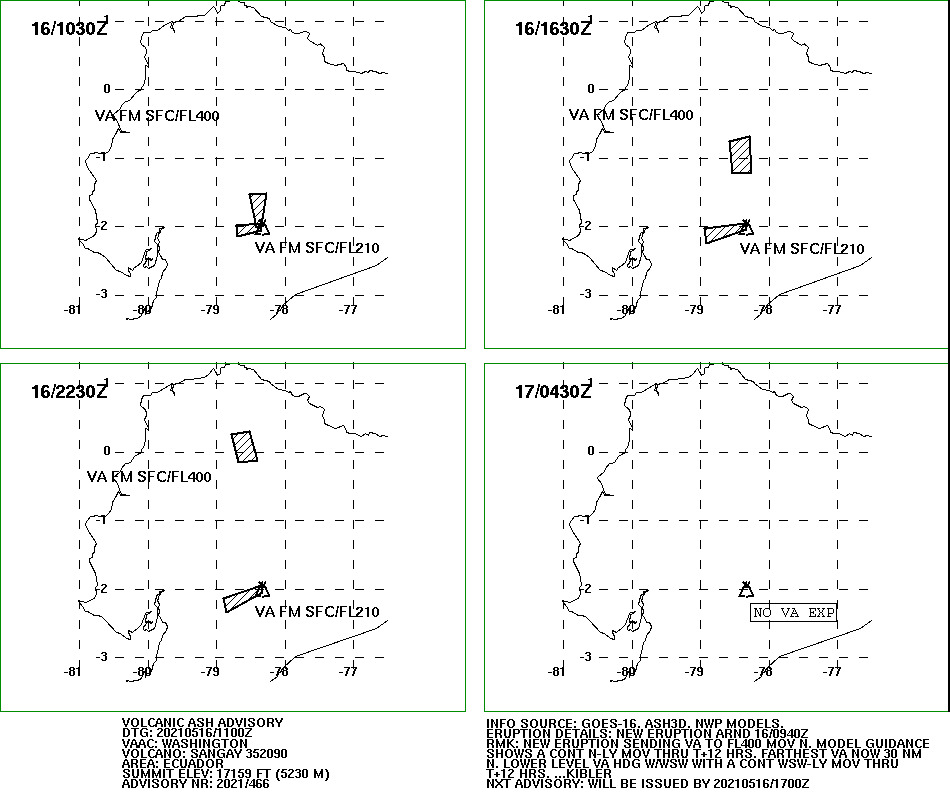 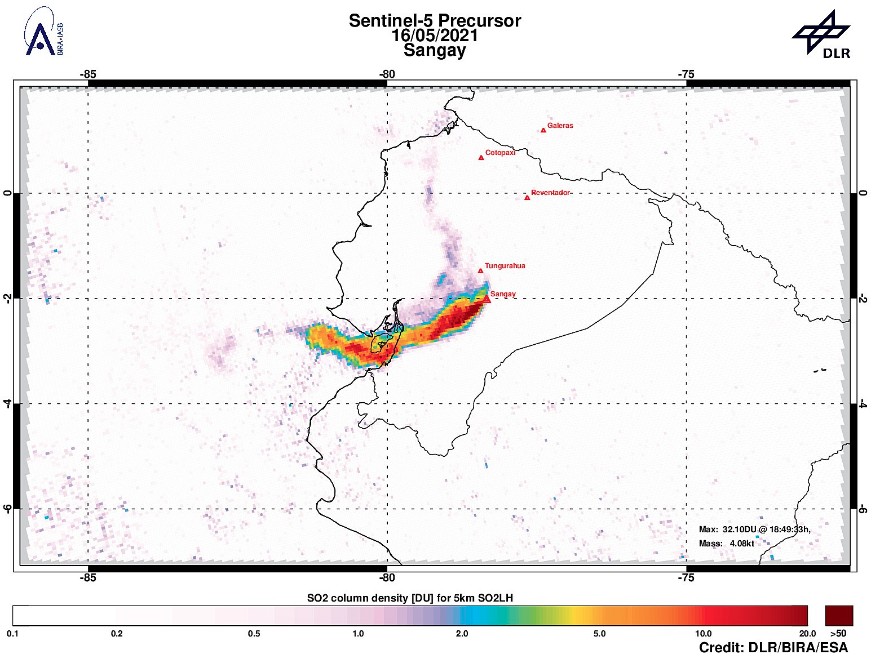 SO2 produced by Sangay volcano on May 16, 2021. Credit: Copernicus EU/Sentinel-5, DLR/BIRA/ESA

Two clouds of ash are seen rising from the Sangay volcano in satellite imagery acquired on May 16, Ecuadors' Geophysical Institute (IGEPN) said.

The main column is directed towards the north, which could potentially generate slight ashfalls in the provinces of Morona Santiago, Tungurahua, and possibly Chimborazo and Cotopaxi.

This phenomenon has been persistent within the current eruptive period that began in May 2019, the institute added.

On May 15, IGEPN said they received signals associated with mud and debris flows and warned the local population that heavy rains could remobilize accumulated material, generating mud and debris flows that would descend the flanks of the volcano and flow into adjacent rivers. 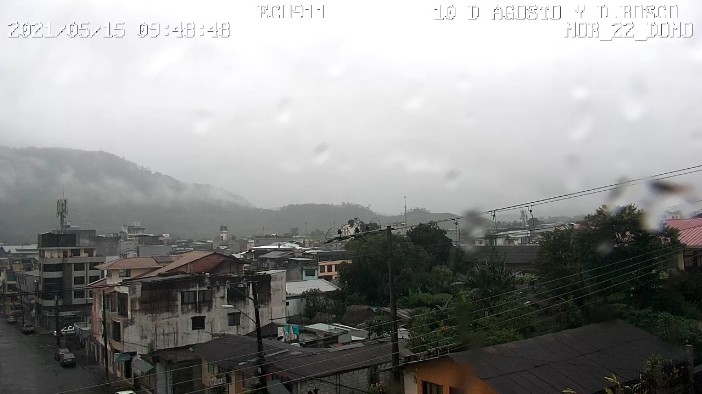