The Bureau of Meteorology (BOM) has warned residents living on the coast of Western Australia to brace for intense winds, rain, and possible flooding as Tropical Cyclone "Seroja" is expected to pass between Carnavon and Jurien Bay late Sunday or early Monday, April 11 or 12. In a rare weather event, two other potentially strong storms are looming west of WA, with the potential to hit the area over the coming days.

A triple threat of storm systems is expected to bear down on Western Australia in the following days.

Seroja, the first storm, is forecast to intensify again from Thursday to Saturday, April 8 to 10, into a Category 3 storm, with winds of up to 157 km/h (96 mph) and gusts peaking at 225 km/h (140 mph), before crossing the coast on Sunday. Seroja has already claimed lives of more than 150 people as it formed near Indonesia.

The second system, dubbed 23U, which is situated south of Christmas Island, may have an effect on Seroja as it slowly moves south. BOM said it is expecting the system to intensify to cyclone level as it starts moving toward WA.

"On Sunday it is expected to turn to the southeast towards the west coast and make landfall, most likely late Sunday or early Monday between Carnarvon and Jurien Bay," it stated.

"There is likely to be destructive winds, very heavy rainfall, and higher than normal tides close to Seroja's path. The most intense rainfall, with the associated danger of flash flooding, will be close to Seroja's track, while the strongest winds will be just to the north of its track."

The third low, called 24U, located near Cocos Islands, is also accelerating east and may form into a cyclone. As of the present, this system is considered to be the least threat to the land. 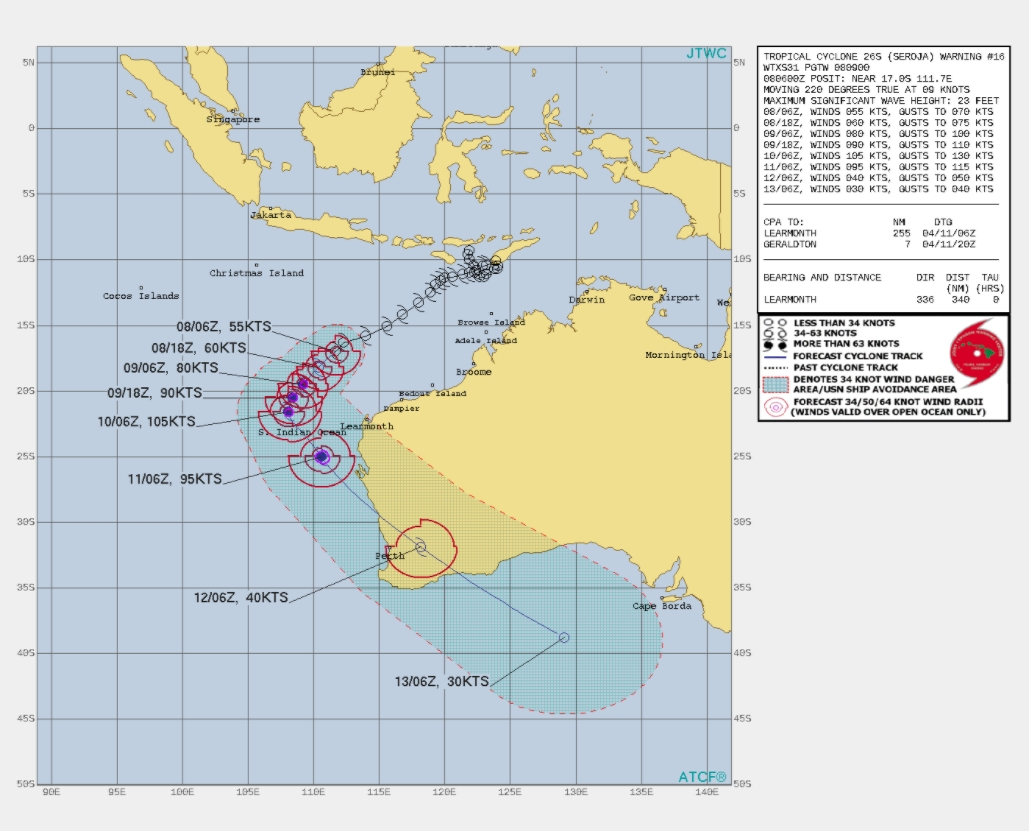 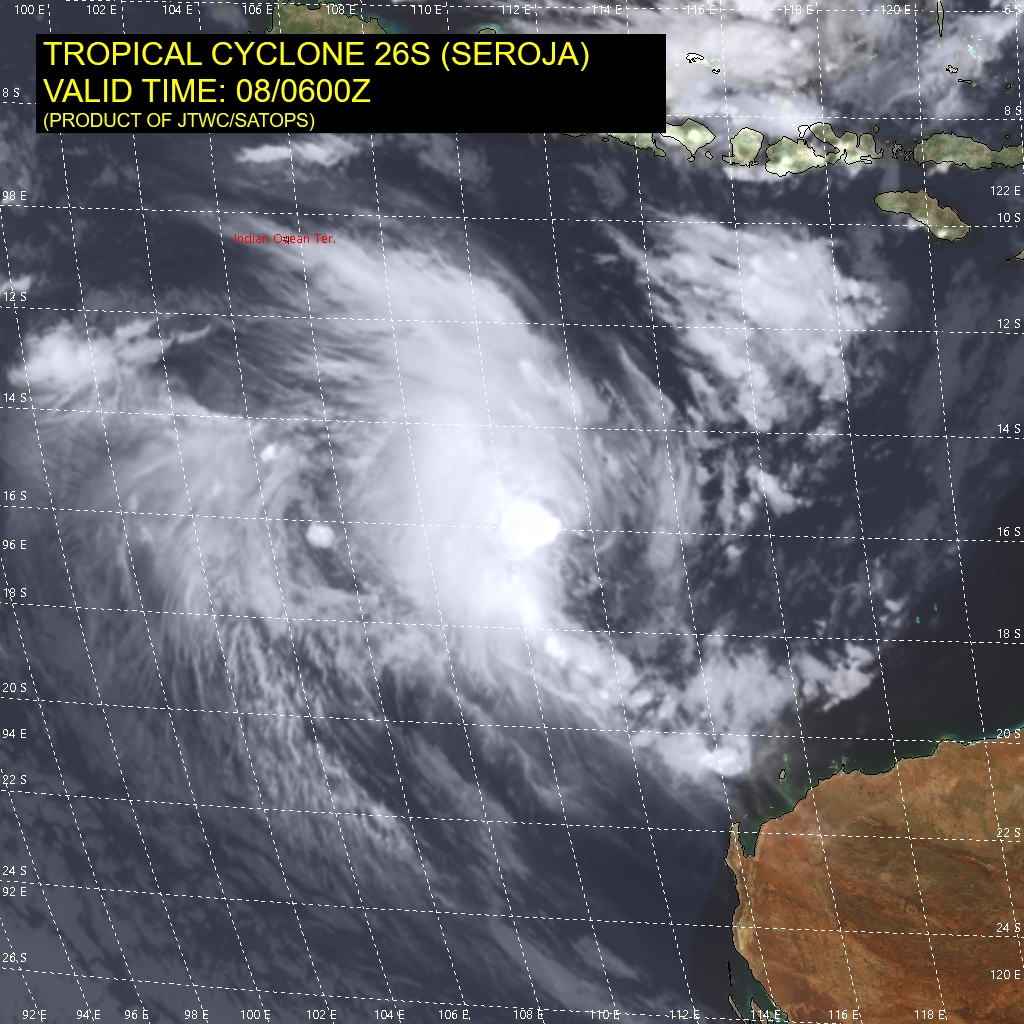 TC Seroja is forecast to impact the west coast of WA later this weekend, focussed between #Perth and Coral Bay.

"It’s a dramatic weather event with Seroja moving south-westerly parallel to the north coast of WA and another tropical low close by," said Tom Saunders, a senior meteorologist at the Sky News Weather.

A rare Fujiwhara weather phenomenon could take place between Seroja and 23U, Saunders added, where the systems could "dance" with one another. This phenomenon occurs when two lows circle one another.

BOM has warned of dangerous weather conditions possibly from Onslow, south of Karratha, to Jurian Bay, over the weekend. Residents were advised to watch out for intense rains, winds, and possibly flash flooding.

"There is the risk of a period of strong winds and rain associated with this system in the Exmouth area on Saturday," said the bureau. 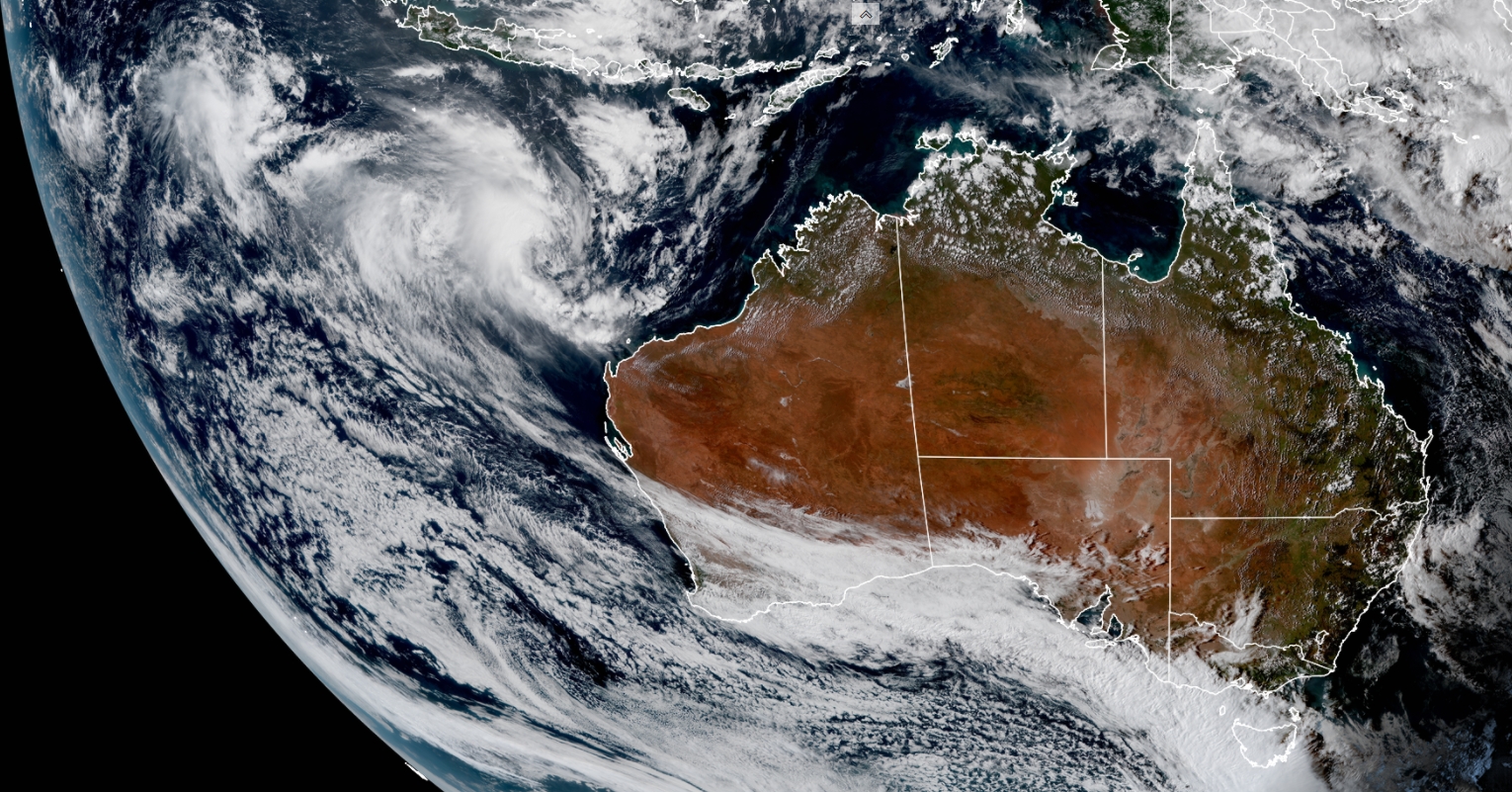 Tropical Cyclone Seroja forecast to impact the west coast on Sunday and Monday. The latest track map shows #CycloneSeroja intensifying to category 3 on Saturday and reaching the coast as a category 2 system later on Sunday or Monday. https://t.co/B1MVXBYXhh pic.twitter.com/23qv8ISReZ