A bright fireball streaked across the skies of Mallorca, Spain, at around 20:17 UTC (21:17 LT) on Tuesday, February 23, 2021. Sources from the Institute of Space Sciences said that their experts are now working on the reconstruction of the orbit and trajectory of the fireball.

Witnesses called the meteor impressive, describing that the object showed a very brilliant sky blue light inside and an outer layer and tail with a greenish glow.

"This is the second one I've seen in my life, the last time was 43 years ago," said one resident.

Lluc Garcia from Soller said he saw a luminous sphere that disintegrated into seven or eight pieces.

According to sources from the Institute of Space Scientists, their professionals are working on the reconstruction of the fireball's orbit and trajectory. The event has been given the catalog name SPMN230221.

There were also witnesses in other parts of the country, including Andalusia, Aragon, Catalonia, Castilla-La Mancha, Valencian Community, Extremadura, Murcia, Community of Madrid, and an observation station in Ibiza. 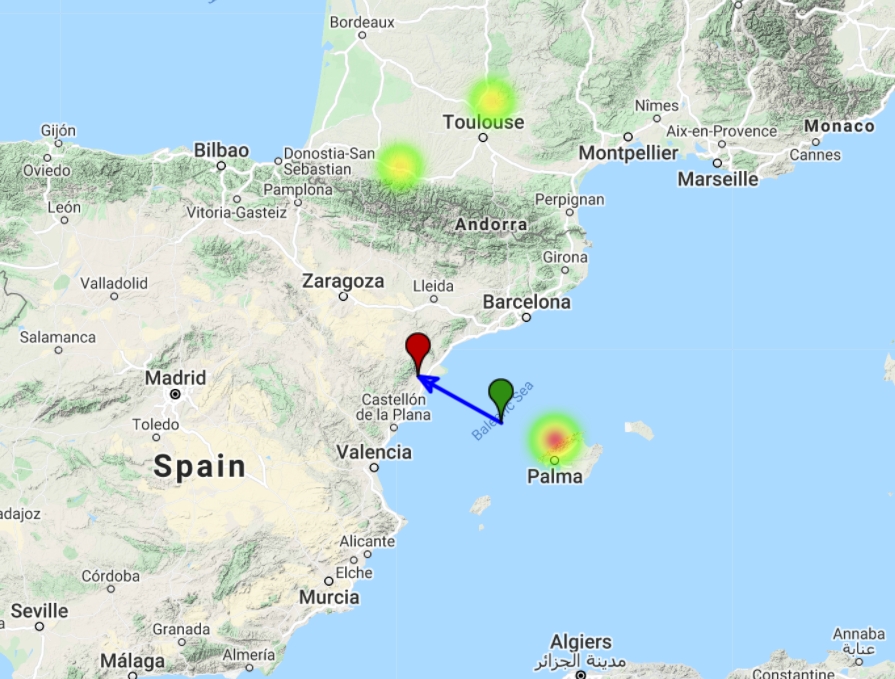