An intense cold wave is affecting parts of Taiwan over the past couple of days, with temperatures dropping below 10 °C (50 °F) and rare snow and freezing temperatures at higher elevations. In just 17 hours to Friday morning, January 8, 2021, local authorities reported 18 sudden deaths. While the cause is most likely cold weather, officials said an investigation is still in progress.

Taiwan's mountainous areas were the first to feel the effects, with temperatures down to the freezing point and rare snowfall. While the highest elevations of the country have at least some snow each winter, some places saw their first snow in several years on Friday.

This made thousands of people to head into the mountains over the weekend.

Local authorities said 18 people died suddenly in just 17 hours to Friday morning. While the cause might be cold, officials said an investigation is still in progress.

In the capital of Taipei, seven people were rushed to emergency rooms between 19:00 LT on Thursday, January 7 and 12:00 LT on Friday, with no vital signs upon arrival.

According to Taiwan's Central News Agency, all seven, who average 80 years of age, fell down at their homes, but city officials said further investigation will be needed to see if their falls and eventual deaths were triggered by the cold wave.

For the same reason, 8 people were rushed to hospitals without any vital signs in neighboring New Taipei, with only two of them surviving. 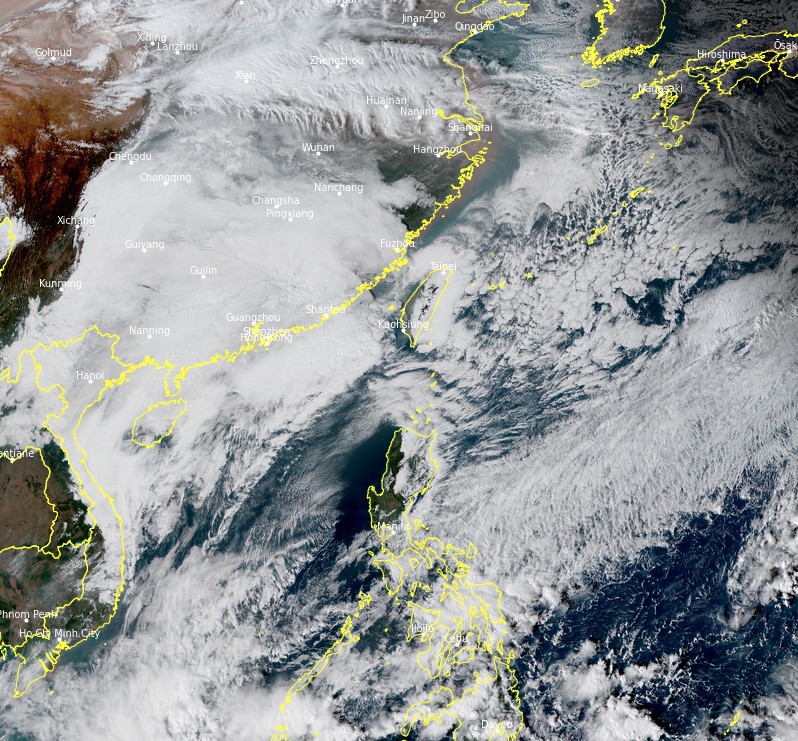 The second wave arrived on Thursday, January 7, bringing with it the coldest air of the season and prompting Taiwan's Central Weather Bureau (CWB) to issue a Cold Surge Advisory for all of Taiwan's 22 cities and counties.

Keelung, Taipei, New Taipei, and Taoyuan cities as well as Hsinchu, Miaoli, and Yilan counties in northern Taiwan and the offshore Kinmen and Lienchiang counties were expected to see lows of around 6 °C (43 °F) on Saturday, January 9.

Temperatures of around 10 °C (50 °F) were forecast for Hsinchu City in the north, Taichung City and Changhua, Nantou and Yunlin counties in central Taiwan, Chiayi city and county in the south, and Hualien County in the east.

The cold surge will continue affecting the country through daytime Sunday, with just a slight rise in temperatures.

The temperatures are forecast to fall again on Monday, January 11 as another cold surge hits the island, while showers are likely in eastern Taiwan and mountainous areas in central and southern parts of the country.

CWB is urging residents of New Taipei and Hualien to take precautions, as ground-level lows of below 6 and 10 °C (43 and 50°F), respectively, can be expected, and temperatures of below 12 °C (54 °F) will last for at least 24 hours.

An Orange Cold Surge Advisory is in effect through Monday morning for New Taipei City and Hualien County and Yellow for Yulan and Kinmen counties.

Taiwan has a tropical climate, with mild winters and hot summers.

Night-time temperatures in the north are rarely cold and never drop below freezing.