A series of positive polarity, polar connected, coronal hole high speed streams (CH HSS) are expected to affect our planet in the days ahead, resulting in G1 – Minor geomagnetic storming.

The area of impact is primarily poleward of 60 degrees Geomagnetic Latitude. Under G1 conditions, weak power grid fluctuations can occur, minor impact is possible on satellite operations while aurora may be visible at high latitudes.

There is only one numbered active region — AR 2794 — on the solar disk. It remained stable and inactive throughout the period. 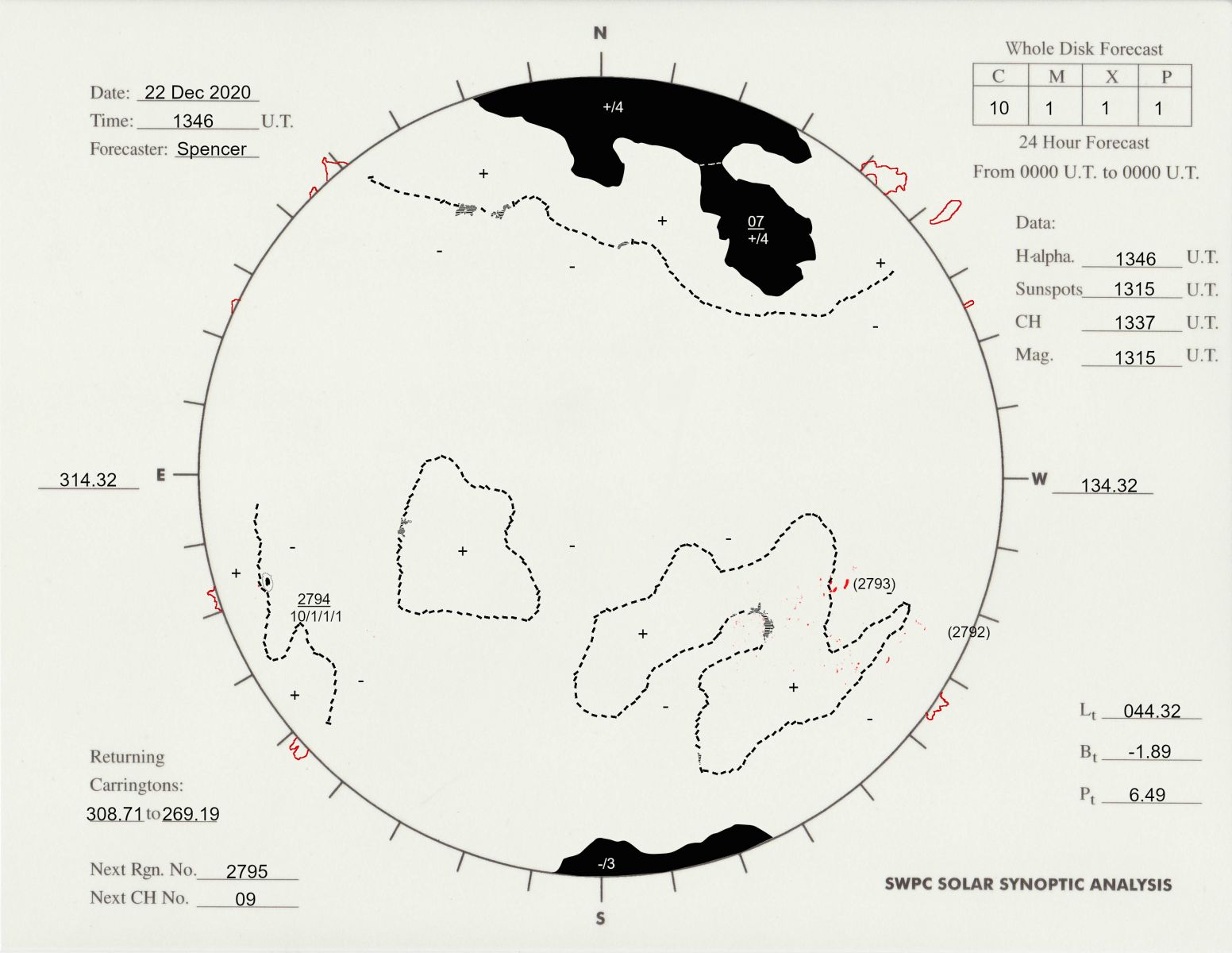 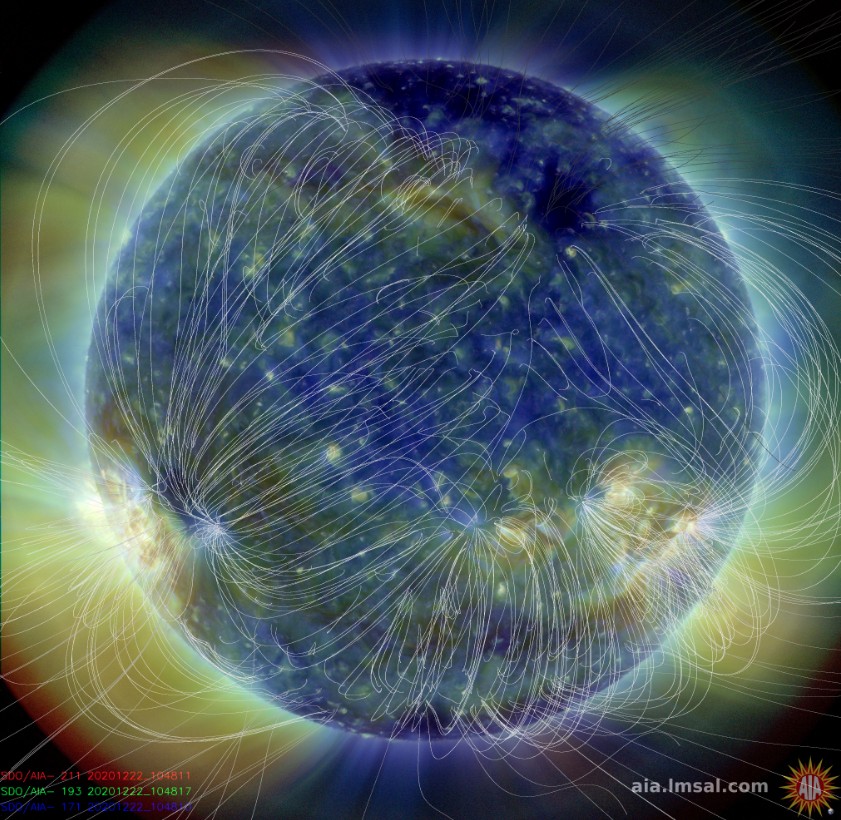 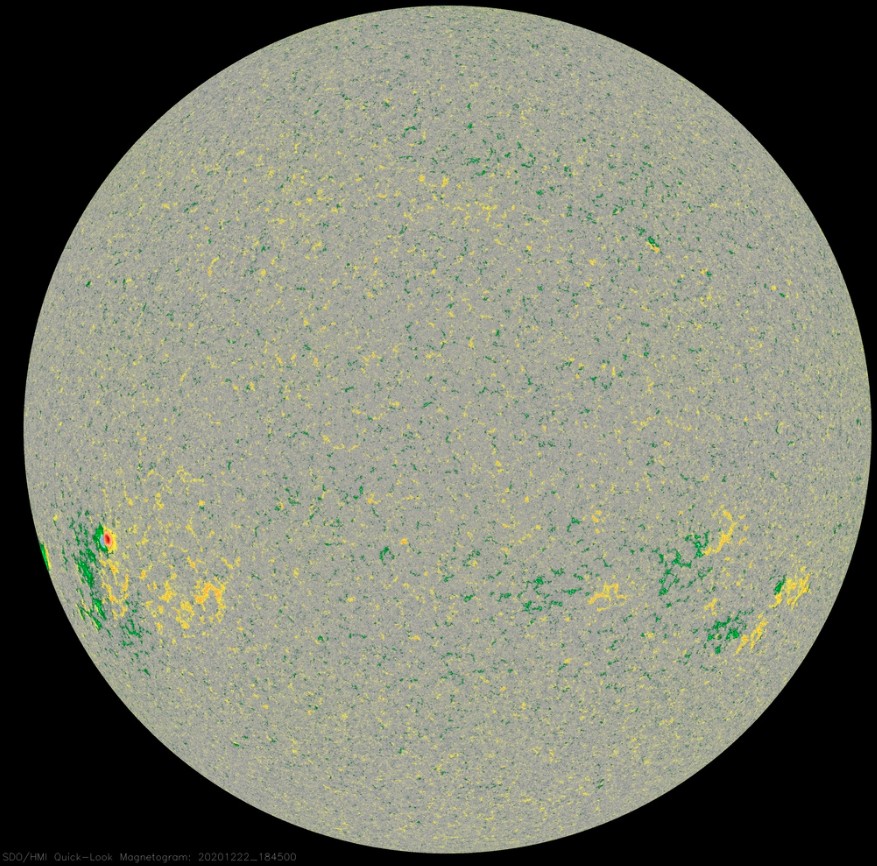 Solar wind parameters reflected the influence of a co-rotating interaction region (CIR) and the subsequent onset of a positive polarity CH HSS.

The total field averaged near 4 nT for most of the period, but reached a maximum near 19 nT at 23:22 UTC on December 21 at the peak of the CIR transition. The Bz component saw a maximum southward deflection of -13 nT at 20:56 UTC, before returning to near nominal levels for the remainder of the period.

Phi angle was mostly negative the first half of the period before rotating into a mostly positive orientation after 22:30 UTC on December 21.

Solar wind parameters are expected to be enhanced over the next 24 hours due to the arrival of a series of positive polarity, polar connected, CH HSSs.

The second enhancement is expected around mid to late day on December 23. 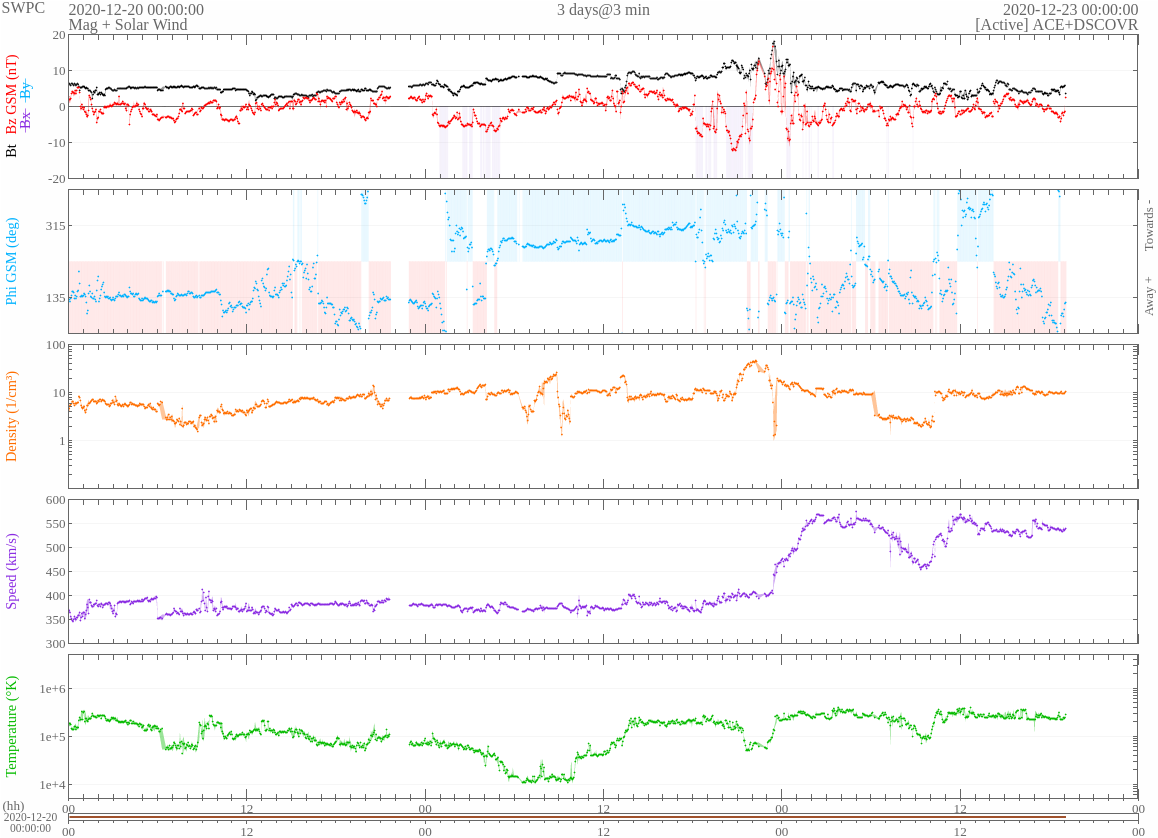 The geomagnetic field was quiet to unsettled, with an isolated active period, likely due to CIR effects.

Primarily unsettled to active levels are expected on December 22 due to continuing CH HSS influences.

Unsettled to active conditions are expected on December 23, with likely periods of G1 storm conditions late, due to escalating CH HSS influences.