Neary 138 000 people have evacuated ahead of the storm, including 28 161 children, from the low-lying areas and unsafe buildings across Tamil Nadu. Indian Navy ships, aircraft, helicopters, diving, and disaster relief teams were placed on standby.

According to Atulya Mishra, additional chief secretary of Tamil Nadu, three people have lost their lives and three others were injured due to the rough weather and the subsequent damage caused by the cyclone. Nivar has also damaged 101 huts and caused about 380 trees to fall, Mishra said.

The government officials in Tamil Nadu's capital Chennai said they have released water from a major reservoir and cleared fallen trees, adding that they continue to constantly monitoring four other reservoirs in anticipation of a rapid rise in water levels to avoid a repeat of 2015 flooding which killed several hundred people. 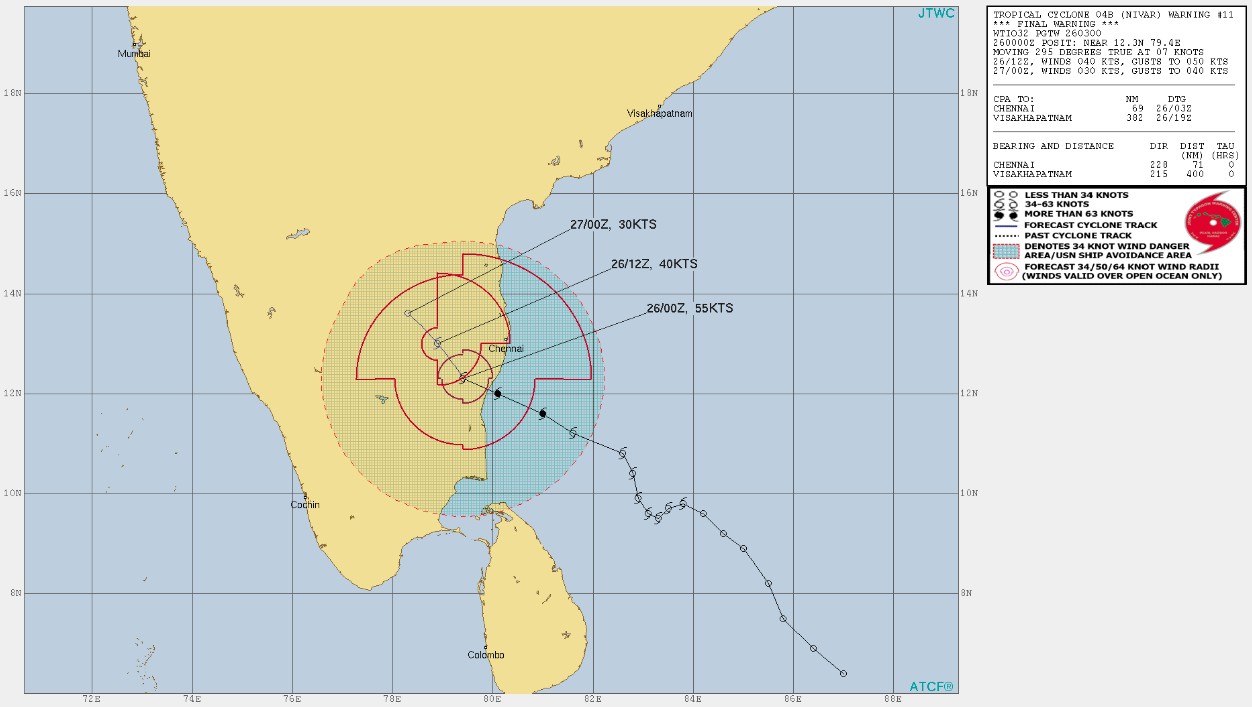 IMD forecasters expect Nivar to continue moving NW and weaken further into a Deep Depression during the next 6 hours and into a depression by subsequent 6 hours.

The ever busy Indira Gandhi square in #Puducherry town was inundated in the overnight heavy rainfall triggered by very severe cyclone #Nivar causing hardship to the commuters on Thursday. pic.twitter.com/De4G6AK5TM

#Chennai getting back on its feet after #CycloneNivar makes landfall pic.twitter.com/4AjauplZPz

Thank you To All The @chennaicorp Workers Working Tirelessly To Bring Back The City To Normal. Good Precautions Were Taken. Special Mention To @CHN_Metro_Water @albyjohnV @chennaipolice_ For Clearing Roadblocks And Helping Out To The People…#NivarCylone pic.twitter.com/brbn4yfLlP

When you come out, beware of trees, boards and electric poles around you!