Internet communications with the Bermuda Weather Service have been disrupted by 07:00 UTC possibly due to island-wide power outage, NHC forecasters said. Paulette had maximum sustained winds of 150 km/h (90 mph) at the time. Its center was located 40 km (25 miles) SE of Bermuda.

An island-wide power outage has resulted in more than 20 000 customers losing electrical service, NHC forecasters noted at 08:00 UTC. Reports from the Bermuda Weather Service indicate that a gust to 189 km/h (117 mph) was measured at the Marine Operations Center (MAROPS), which is elevated at 88 m (290 feet) above sea level.

The entire island was inside Paulette's eye by 09:00 UTC. Both maximum sustained winds and minimum central pressure remained the same — 150 km/h (90 mph); 973 hPa. 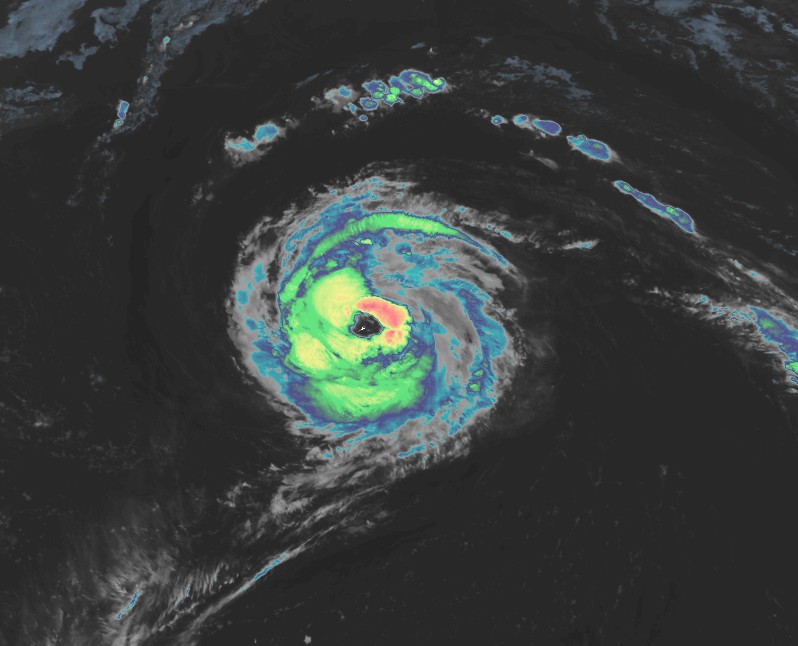 "Although most of Bermuda is currently inside Paulette's eye where much weaker winds exist, hurricane conditions will return to Bermuda from the south and southwest when the southern eyewall passes over the island in a couple of hours," NHC forecaster Stewart said at 09:00 UTC.

"Hurricane conditions should subside around mid-morning, but tropical storm conditions will persist into late-morning and possibly early afternoon." 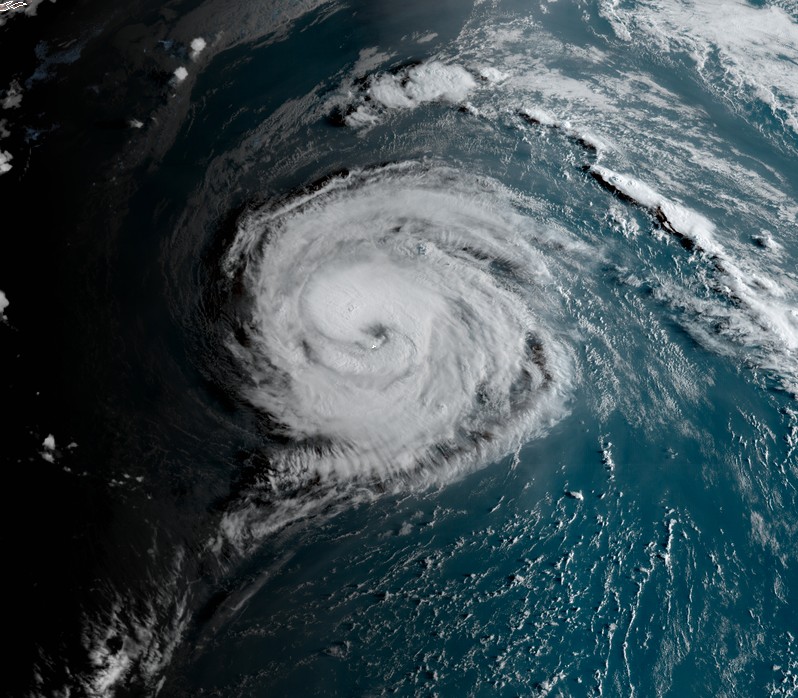 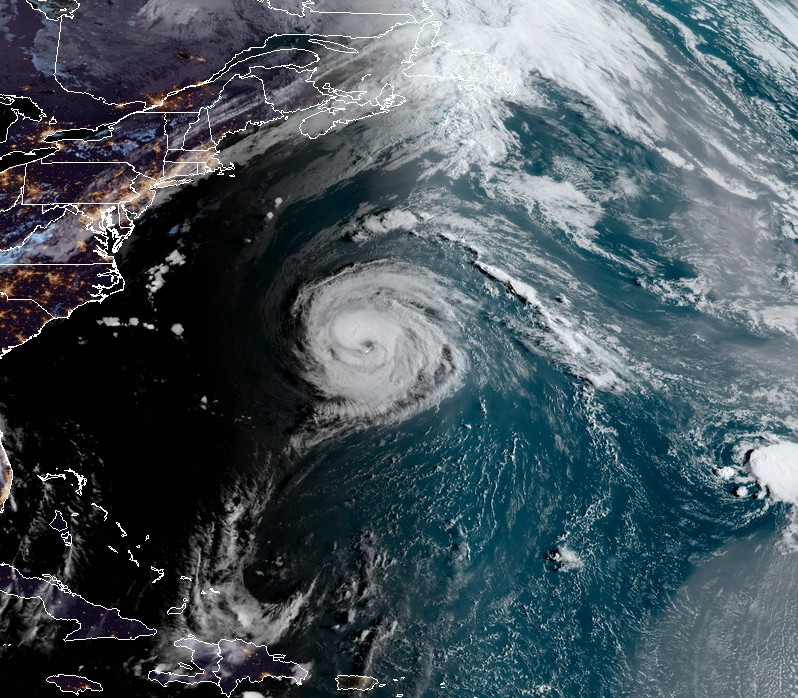 The storm continued strengthening and by 12:00 UTC it had maximum sustained winds of 155 km/h (95 mph) and the minimum central pressure of 970 hPa.

By 18:00 UTC, Paulette's center was about 180 km (115 miles) N of Bermuda. Maximum sustained winds increased to 170 km/h (105 mph) and minimum central pressure dropped to 965 hPa. This placed Paulette on the upper edge of a Category 2 hurricane.

Additional strengthening is likely through Tuesday night, September 15 as Paulette accelerates northeast to the east-northeast but gradual weakening is expected to begin on Wednesday, September 16.

Tropical storm conditions are expected to persist into the mid to late afternoon hours.

A dangerous storm surge is expected to produce significant coastal flooding in areas of onshore winds. Near the coast, the surge will be accompanied by large and destructive waves into this afternoon.

Swells generated by Paulette are affecting portions of the Leeward Islands, the Greater Antilles, the Bahamas, Bermuda, and the east coast of the United States. These swells are likely to cause life-threatening surf and rip current conditions.

"The Emergency Measures Organisation remains at status red at this time," Bermuda police said at 15:30 UTC. "That means there are no emergency personnel or vehicles on the roads and the EMO will be responding only to life or death situations. The appeal once again is for members of the public to stay indoors."

Airport traffic, buses and ferries are temporarily stopped. Schools and all government buildings will remain closed on Tuesday, September 15.

Damage assessment teams have been dispatched throughout the island, Premier David Burd said at 18:30 UTC.

This report will be updated when more information becomes available.