A weak solar flare measuring B1.2 at its peak erupted on August 16, 2020, producing a coronal mass ejection (CME). Consensus model results suggest an arriving glancing blow on August 20 — producing unsettled to active geomagnetic field conditions, with a chance for G1 – Minor storm levels. The flare started at 17:12, peaked at 17:26, and ended at 17:36 UTC.

A coronal dimming near S30E30 was observed in GOES-16 SUVI 195 imagery around 17:00 UTC on August 16. An associated CME signature was observed in STEREO-A COR2 coronagraph imagery beginning at 18:24 UTC, according to the SWPC.

The source was a plage region located in the southeast quadrant. 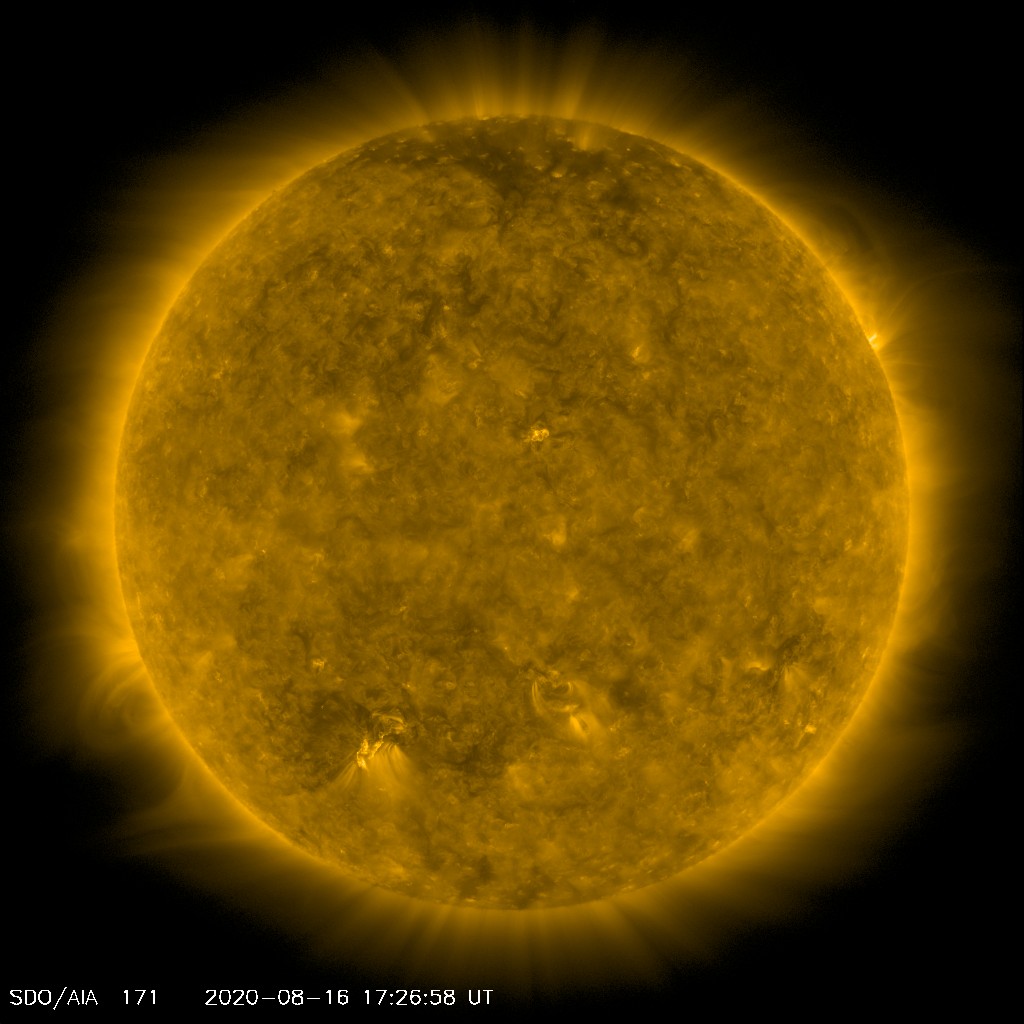 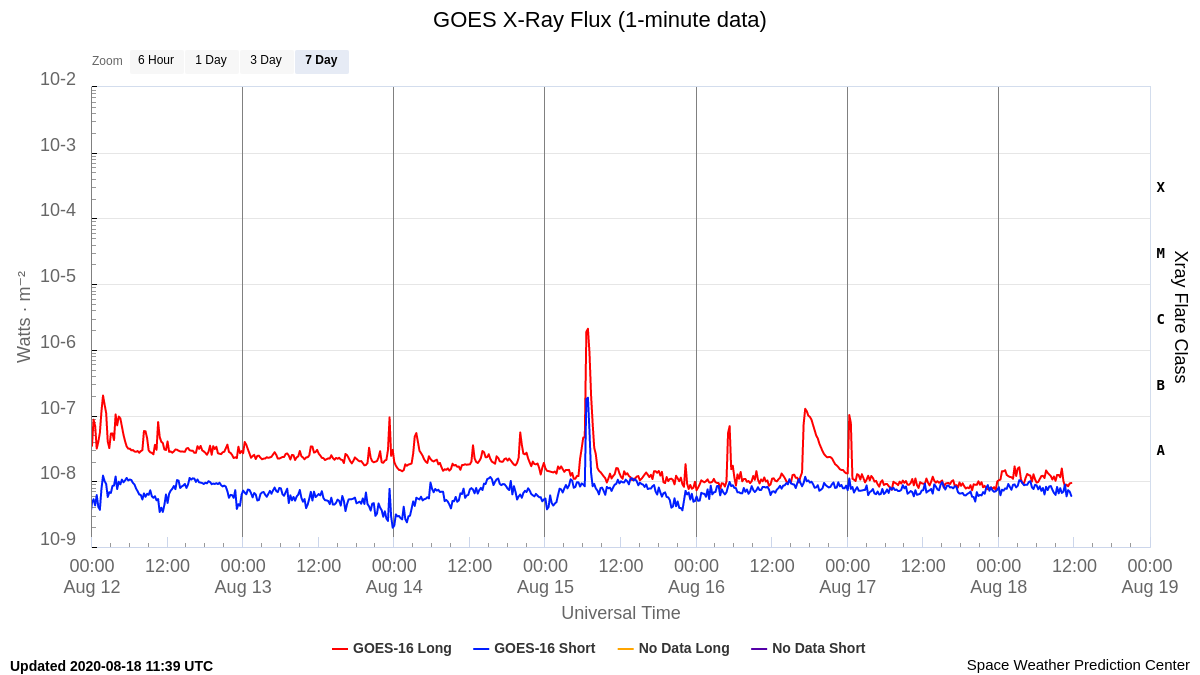 Meanwhile, solar activity is at a very low levels and there are currently no spots visible on the solar disk, although a pore had developed at approximately N18W20 over the past 24 hours.

Very low activity is expected to continue through August 20. 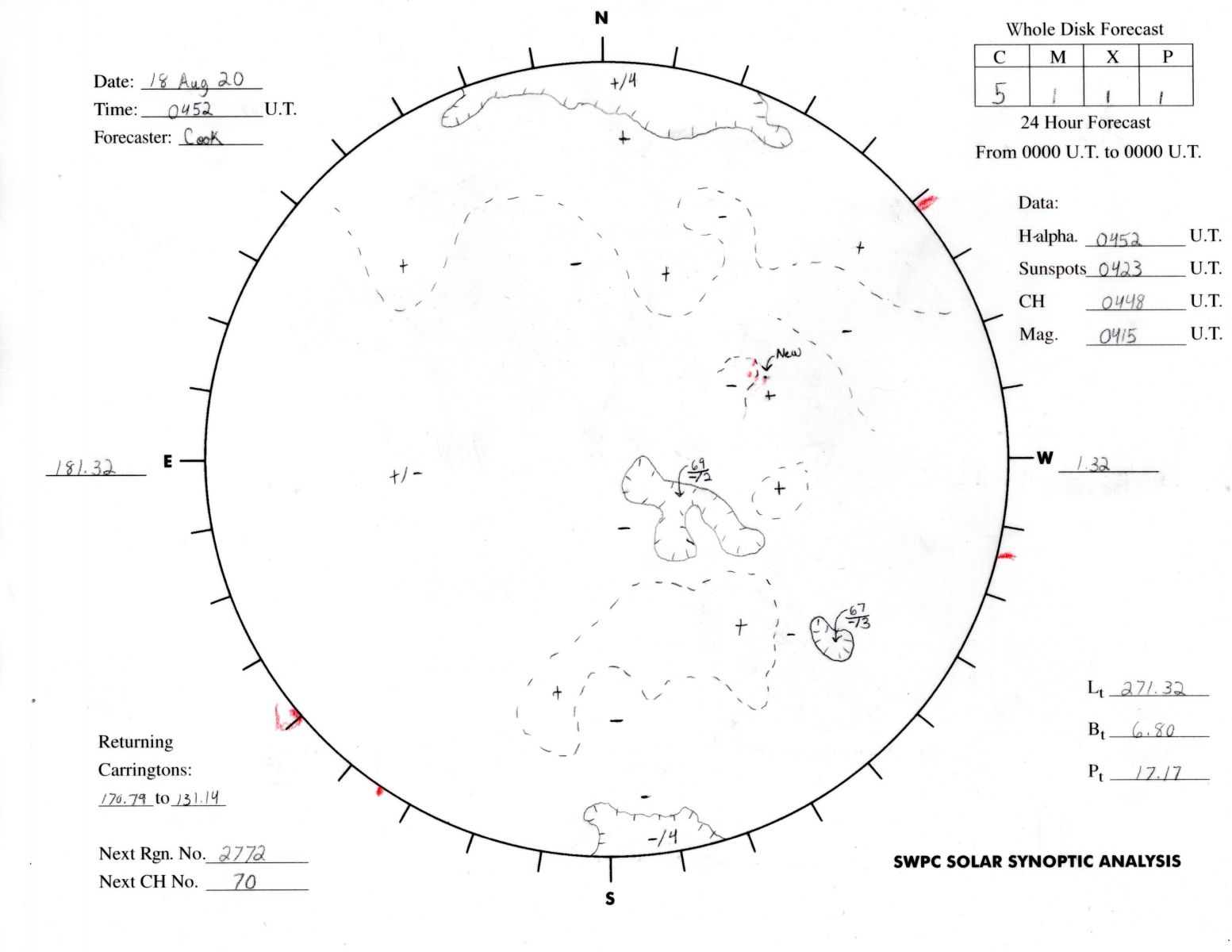 Solar wind parameters were indicative of a slow regime and likely proximity to the heliospheric current sheet (HCS). Total interplanetary magnetic field (IMF) strength was variable at primarily 4 to 7 nT during the same period.

The Bz component underwent mainly northward deviations. Solar wind speed peaked at 340 km/s at 07:29 UTC on August 17, but decreased to around 300 km/s afterward. The phi angle was variable between sectors.

A slow solar wind regime is anticipated to continue over the next 24 hours, but with a mildly disturbed IMF due to likely HCS proximity on August 18.

The anticipated arrival of a glancing blow from the August 16th CME early to mid-day on August 20 is expected to enhance the total IMF strength and cause a modest increase in solar wind speed — unsettled to active geomagnetic field conditions are expected, with a chance for G1 – Minor storm levels.