The eROSITA telescope, which launched in July 2019, has since been scanning the entire sky in X-ray wavelengths, gathering observations for all the deepest all-sky survey. It has now completed its first full sweep, with all the data compiled into a map that contains more than one million space objects.

"We see such a wealth of detail – the beauty of the images is really stunning."

Most cosmic objects emit X-rays but in various proportions compared to other wavelengths. X-rays have very short wavelengths, and therefore are very high energy spewed by the most energetic and hottest objects, such as black holes and supernova remnants. 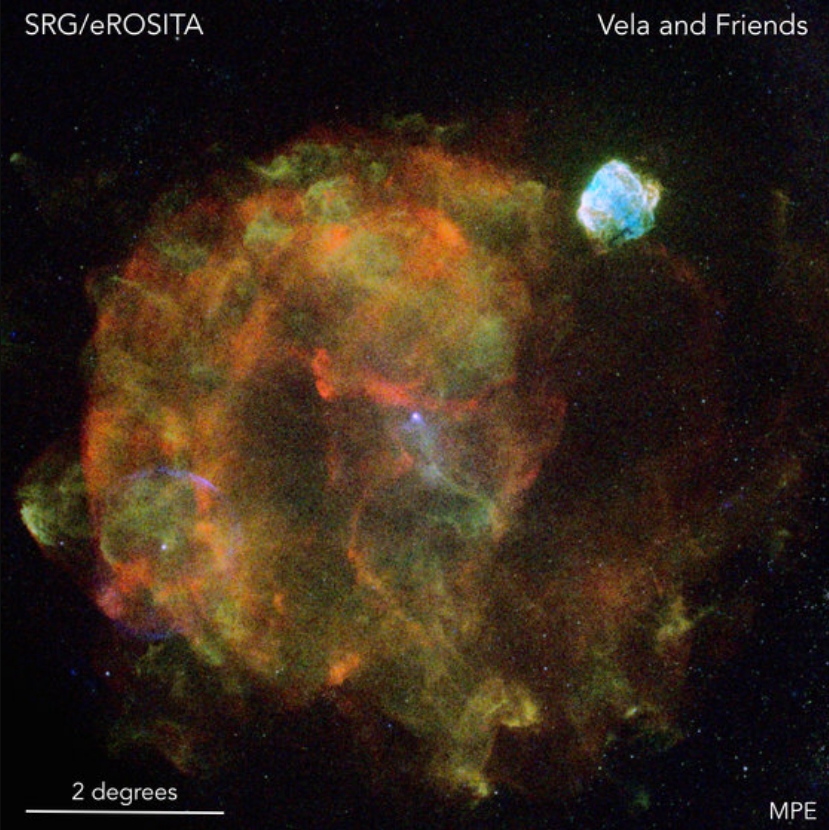 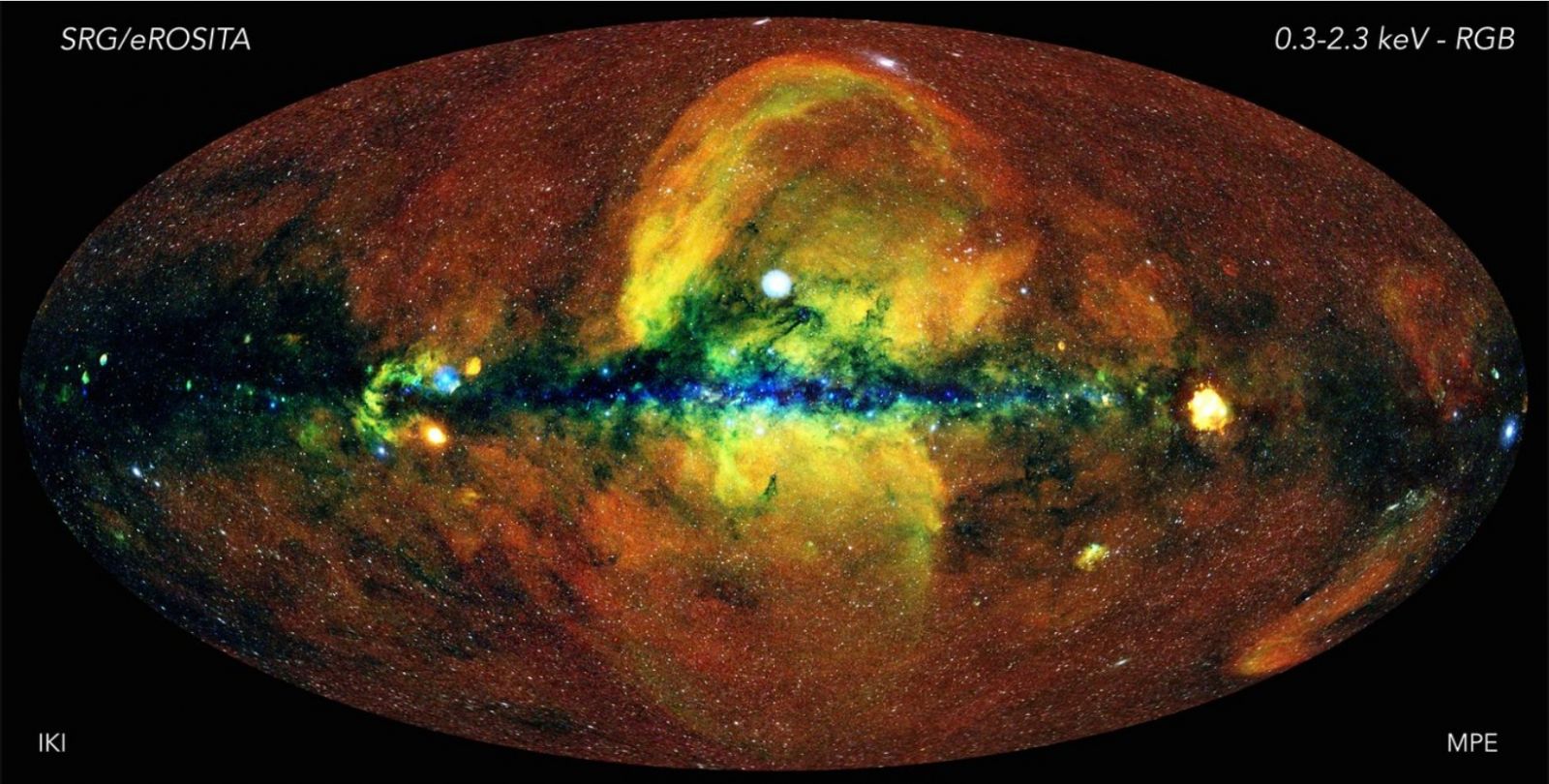 Like radio waves, X-rays can also be seen by the naked eye. The Sky in X-ray, however, looks very different from what we see when we gaze into the night sky.

But unlike radio waves, X-rays are mostly obscured by the Earth's atmosphere, so the only way we can analyze them is by sending telescopes into space.

This first complete sky image from eROSITA is about four times deeper and has 10 times more sources than the previous all-sky survey by the ROSAT telescope from 1990 to 1999.

The eROSITA is aboard the Spektr-RG space observatory, on one of the Earth's Lagrangian points– a gravitationally stable pocket made by the interaction between the Earth and the Sun.

It has collected 182 days' worth of data, with each exposure between 150 to 200 seconds that are 165 gigabytes in total. 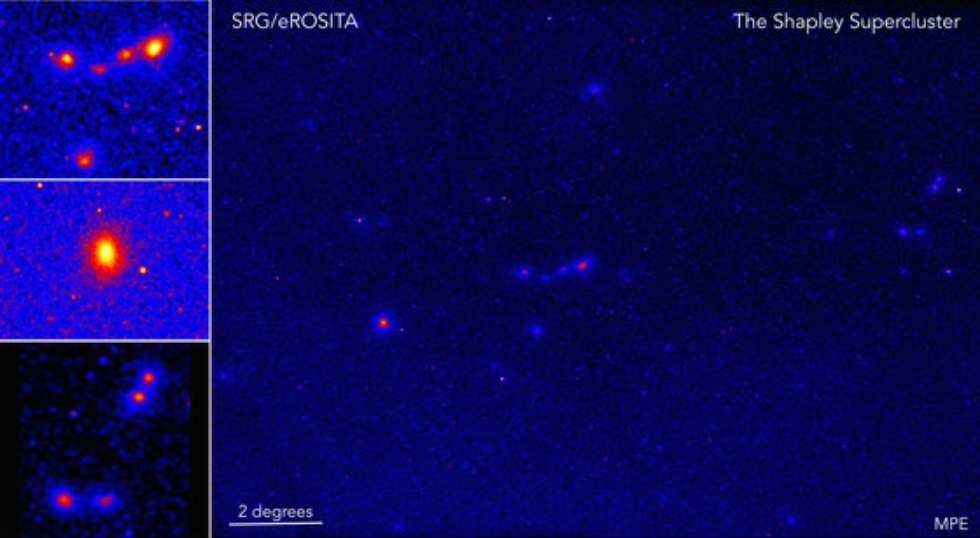 "We were all eagerly awaiting the first all-sky map from eROSITA," said astrophysicist Mara Salvato of MPE.

"Large sky areas have already been covered at many other wavelengths, and now we have the X-ray data to match. We need these other surveys to identify the X-ray sources and understand their nature."

Around 77 percent of the sources in the map are supermassive black holes actively accreting material in galactic nuclei, or the cores of galaxies.

There are also other clusters of galaxies glowing in X-rays due to the hot gas constrained by compelled by their collective gravity, and this makes up about 2 percent of the objects on the map.

About 20 percent of the objects are within the Milky Way– stars with hot, magnetically active coronae, while the remaining one percent is a variation of bright X-ray binaries, flares, and supernova remnants.

The map also shows the structure of the hot gas within our galaxy, as well as the gas surrounding it. Over the next years, the observatory will conduct seven more surveys, which will combine for a deeper, more sensitive overall map of the sky.

"With a million sources in just six months, eROSITA has already revolutionized X-ray astronomy, but this is just a taste of what's to come. This combination of sky area and depth is transformational," said astrophysicist Kirpal Nandra of MPE.

"We are already sampling a cosmological volume of the hot Universe much larger than has been possible before. Over the next few years, we'll be able to probe even further, out to where the first giant cosmic structures and supermassive black holes were forming."