A new study suggests that the massive Okmok volcano eruption in Alaska in 43 B.C.E. may have caused a nearly two-decade power struggle that led to the fall of the Roman Republic and the rise of the Roman Empire. According to records, the period was marked with unusually cold weather, widespread famine, and strange sightings in the sky.

An international team of scientists used an analysis of volcanic ash from Arctic ice cores to link the period of extreme climate in the Mediterranean with Okmok's eruption.

"To find evidence that a volcano on the other side of the Earth erupted and effectively contributed to the demise of the Romans and the Egyptians and the rise of the Roman Empire is fascinating," said lead author Joe McConnell of the Desert Research Institute (DRI) in Reno, Nevada.

The rise of the Roman Empire also put an end to the dynasty of Ptolemies, the last of the pharaohs.

"It certainly shows how interconnected the world was even 2 000 years ago," McConnell added.

Along with Swiss researcher Michael Sigl, McConnel started investigating the matter when they discovered an unusually well-preserved layer of ash in an ice core sample in 2019.

New measurements were made on ice cores from Greenland and Russia, some of which were drilled in the 1990s. The team was able to make out two distinct eruptions– a powerful but localized event in the early 45 B.C.E., followed by a larger and more widespread event in 43 B.C.E., with fallout lasting more than two years.

Ash samples found in ice from the second eruption was analyzed, and it perfectly matched the Okmok event, which was one of the biggest eruptions of the past 2 500 years. 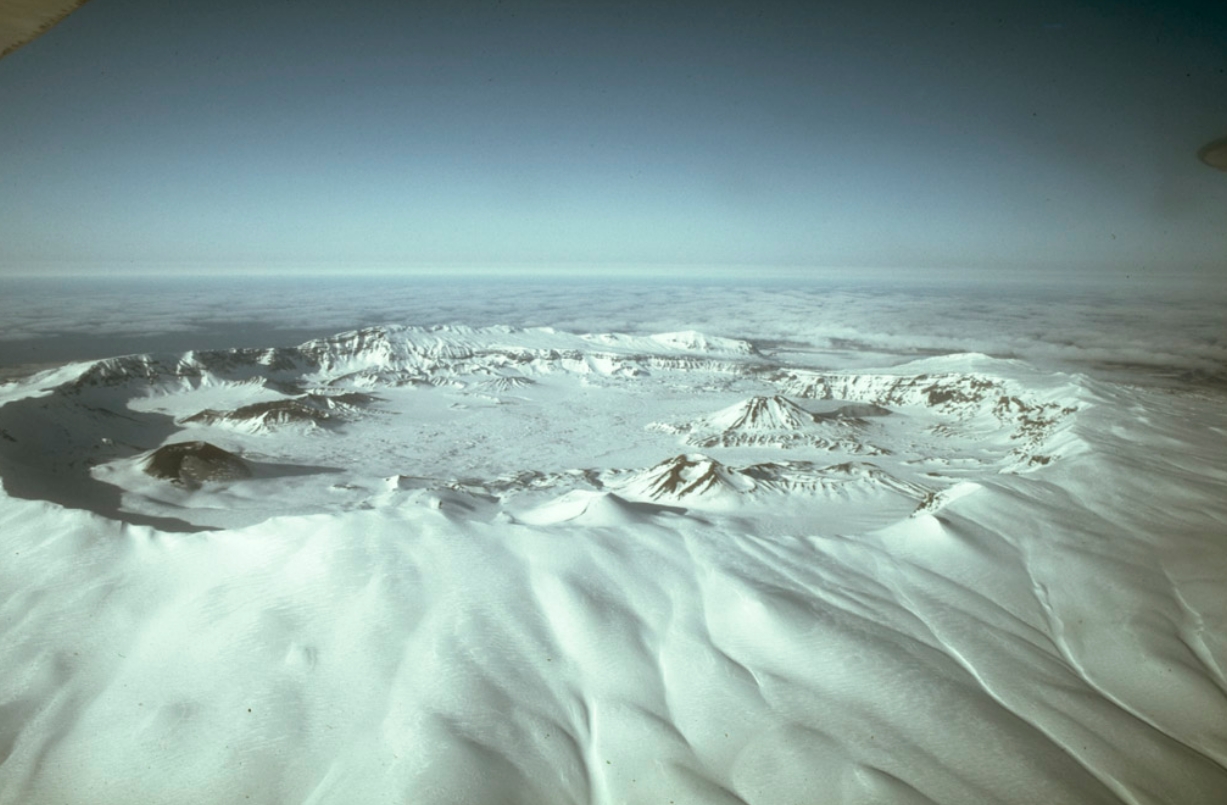 The team collected more supporting evidence from across the world, including tree-ring based climate records in Scandinavia and cave formations in northeast China.

The data were fed into a climate model, which indicated that two years after the eruption, the temperature became one of the coldest in the Northern Hemisphere in 2 500 years.

"In the Mediterranean region, these wet and extremely cold conditions during the agriculturally important spring through autumn seasons probably reduced crop yields," said classical archaeologist Andrew Wilson of the University of Oxford.

Wilson added that it also likely "compounded supply problems during the ongoing political upheavals of the period."

Yale University historian Joe Manning added that they also coincided with the failure of the Nile to flood the plains and the disease and famine that followed.

The researchers noted that the eruption may also be linked to the unusual atmospheric phenomena mentioned in records, like solar halos, the Sun darkening, or the three suns. The authors added that many of these observations happened before the Alaskan eruption, and may be related to the smaller eruption of Mount Etna in 44 B.C.E.

While many factors contributed to the fall of the Roman Republic, the Okmok eruption played a key role, said McConnell, and helped fill a knowledge gap that left historians puzzled.

"Extreme climate after massive eruption of Alaska’s Okmok volcano in 43 BCE and effects on the late Roman Republic and Ptolemaic Kingdom" – McConnell, J. R. et al. – Proceedings of the National Academy of Sciences of the United States of America – https://doi.org/10.1073/pnas.2002722117

The assassination of Julius Caesar in 44 BCE triggered a power struggle that ultimately ended the Roman Republic and, eventually, the Ptolemaic Kingdom, leading to the rise of the Roman Empire. Climate proxies and written documents indicate that this struggle occurred during a period of unusually inclement weather, famine, and disease in the Mediterranean region; historians have previously speculated that a large volcanic eruption of unknown origin was the most likely cause. Here we show using well-dated volcanic fallout records in six Arctic ice cores that one of the largest volcanic eruptions of the past 2,500 y occurred in early 43 BCE, with distinct geochemistry of tephra deposited during the event identifying the Okmok volcano in Alaska as the source. Climate proxy records show that 43 and 42 BCE were among the coldest years of recent millennia in the Northern Hemisphere at the start of one of the coldest decades. Earth system modeling suggests that radiative forcing from this massive, high-latitude eruption led to pronounced changes in hydroclimate, including seasonal temperatures in specific Mediterranean regions as much as 7 °C below normal during the 2 y period following the eruption and unusually wet conditions. While it is difficult to establish direct causal linkages to thinly documented historical events, the wet and very cold conditions from this massive eruption on the opposite side of Earth probably resulted in crop failures, famine, and disease, exacerbating social unrest and contributing to political realignments throughout the Mediterranean region at this critical juncture of Western civilization.