Russian President Vladimir Putin has declared a state of emergency in Norilsk, Siberia, on June 4, 2020, following a 20 000 tonne-oil spill in the Arctic Circle. The World Wildlife Fund (WWF) described the disaster as the second largest in modern Russian history since the 1994 oil spill in the northwestern region of Komi. Meanwhile, Greenpeace Russia compared it to the 1989 Exxon Valdez tanker spill.

The spillage occurred when a fuel tank at a power plant near the city collapsed on Friday, May 29. The leaked diesel oil reportedly drifted around 12 km (7 miles) from the accident area.

In a statement issued by Greenpeace Russia, the accident is being compared to the Exxon Valdez tank spill in 1989. "Its consequences can still be observed," the organization wrote.

Putin also criticized the company, questioning why he was only informed of the spill over the weekend.

"Why did the government agencies only find out about this two days after the fact? Are we going to learn about emergency situations from social media?" the president said.

Hundreds of personnel have been deployed to clean up the spill but they have gathered only around 340 tons so far.

Images captured by ESA's Copernicus Sentinel-2 satellite show the extent of the spill. The oil, which is identified by a red streak, is evident in the Ambarnaya RIver on May 31 and June 1.

The said river flows into Lake Pyasino, a major body of water and source of the Pysaina River. 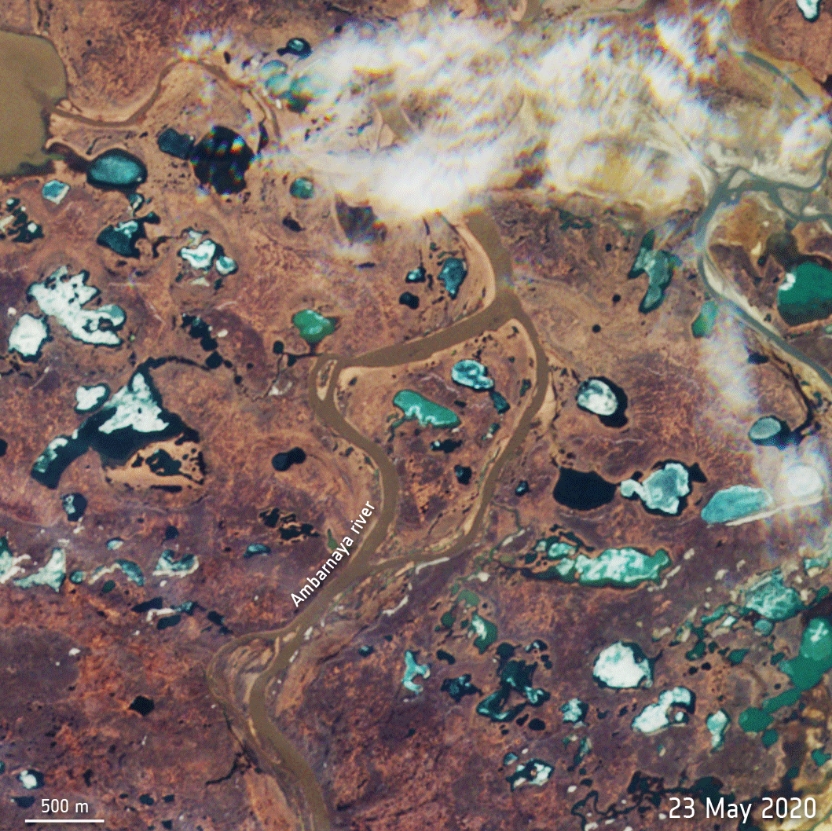 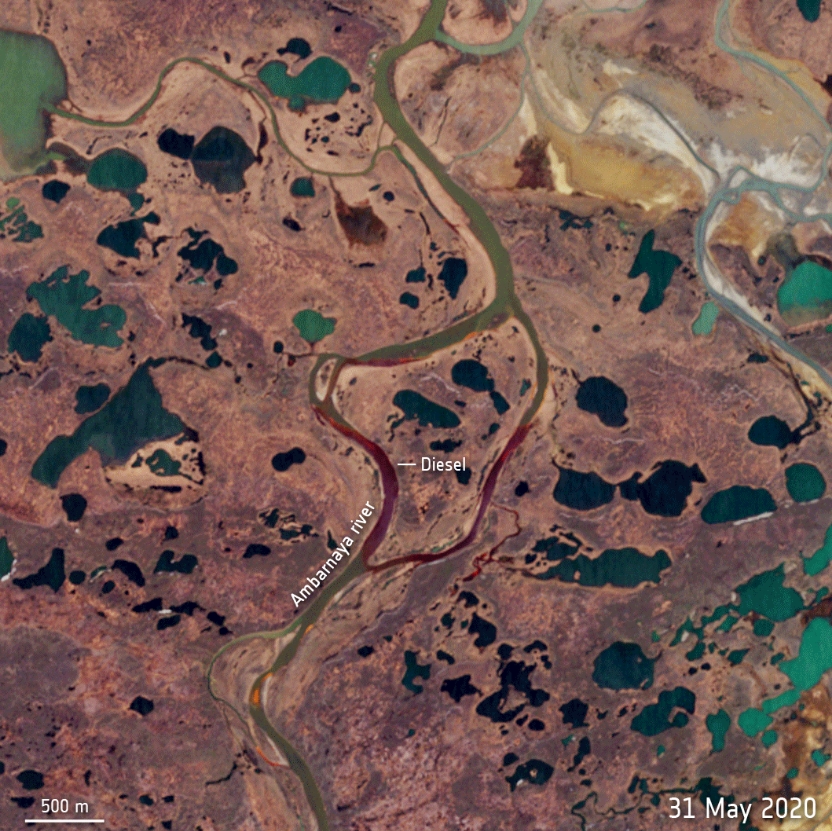 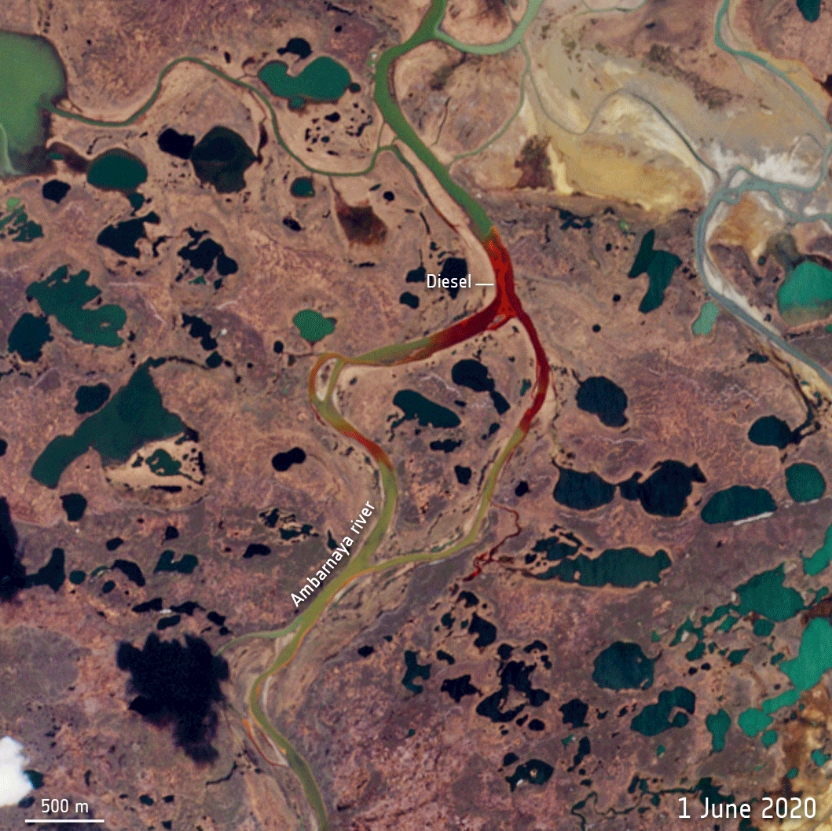 The plant's parent company, Norilsk Nickel– the world's largest producer of platinum and nickel, believes that thawing one of the tank's pillars led to the collapse.

"We can assume that abnormally mild temperatures could have caused permafrost thawing resulting in partial subsidence of the tank's supports," said Sergey Dyachenko, the one in charge of the company's response efforts.

Permafrost thawing is linked to climate change and has triggered issues, including damage to roads and houses, as well as disruptions to agriculture and herding throughout Siberia.

The company is not new to environmental disasters as they were responsible for the "blood river" in Siberia in 2016– a massive dead zone in the water due to metallurgical waste. 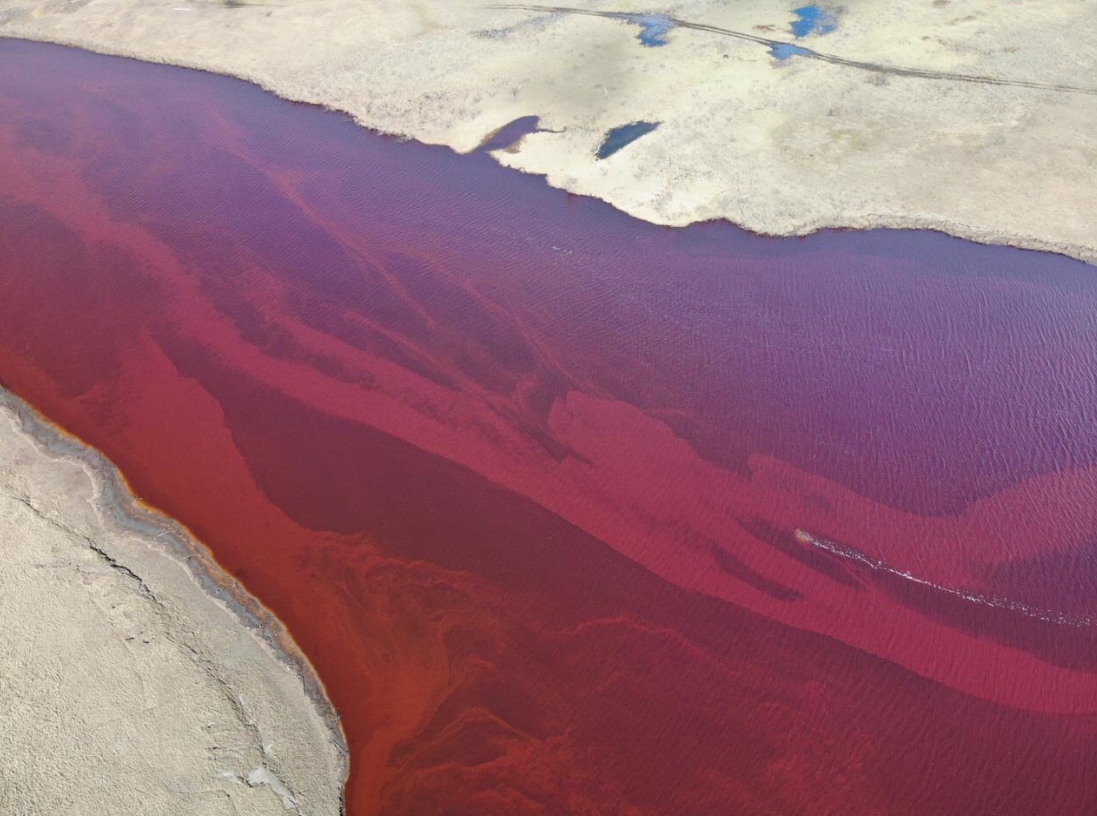 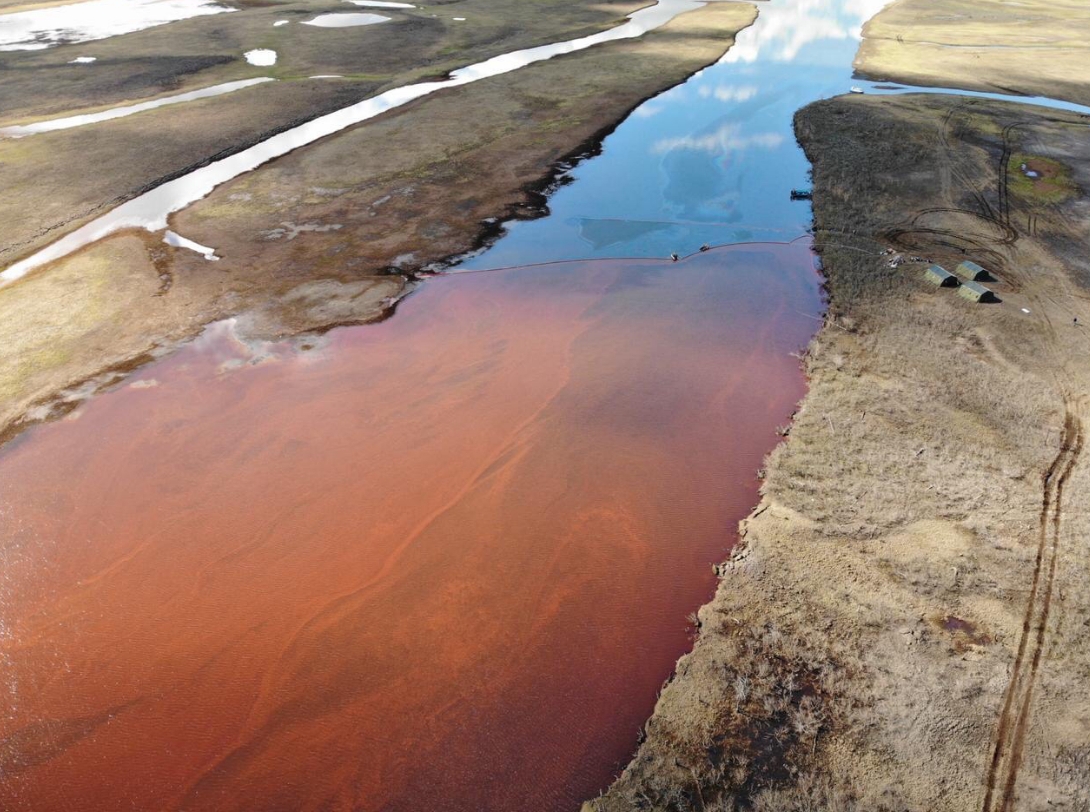 WWF called the current disaster the second largest in modern Russian history, in terms of volume since the 1994 Komi spill.

Sergey Verkhovets, the coordinator of Arctic projects for WWF Russia, said the current incident has led to catastrophic consequences. "We will be seeing the repercussions for years to come."

"We are talking about dead fish, polluted plumage of birds, and poisoned animals," he added.

"It's a disaster of global scale– one of the worst that occurred in the Arctic," Vasily Yablokov with Greenpeace Russia stated. "Norilsk has already been a zone of environmental disaster and the accident could worsen the situation there."

Elena Panova, Russian deputy minister of national resources and the environment, said on Thursday, June 5, that it would take at least 10 years for the local ecosystem to recover.