A bright fireball lit up the skies over the southeast U.S. at around 04:43 UTC (00:43 LT) on May 14, 2020. The American Meteor Society (AMS) received 64 reports, including from eyewitnesses in Alabama, Florida, and the Carolinas.

The witnesses claimed that the fireball event was the most spectacular thing they had ever seen.

"This was the most dramatic unusual thing I’ve ever seen in the night sky. I’ve seen shooting stars before but this was on a whole different level," said a viewer in North Carolina, who described the meteor as bright green in color. "I initially searched green meteor to find out later that it was a green fireball," he added.

"It was amazing," said an observer in South Carolina. "The sky has been very dark. My back was turned when the whole street lit up– I thought it was someone’s halogen security lights, I turned and saw a large streak in the southeast sky heading south-southwest." He added that the fireball appeared so big that it looked like space debris.

I think THE best video of the meteor this came in from William and Hannah Bailey. They saw it in Baxley and so many others across the @WTOC11 viewing area said they saw it too! More here –> https://t.co/s2F88YFPLy pic.twitter.com/zyszX36mxM

"It was honestly the most surreal moment of my life thus far. The bright flash surrounding me and then watching the blue ball shoot through the sky almost as if it was a firework descending down," another South Carolina resident reported. "I think it may have been the most magical moment of my life."

A watcher in Florida said it was "the brightest shooting star" she had ever seen, even calling the fireball "gorgeous". Another observer in the area also stated that the object "looked like a large green flare falling from the sky."

Based on the AMS' estimated trajectory, the fireball traveled southeast to northwest and was visible from St. Catherines Island to Sand Hill road. 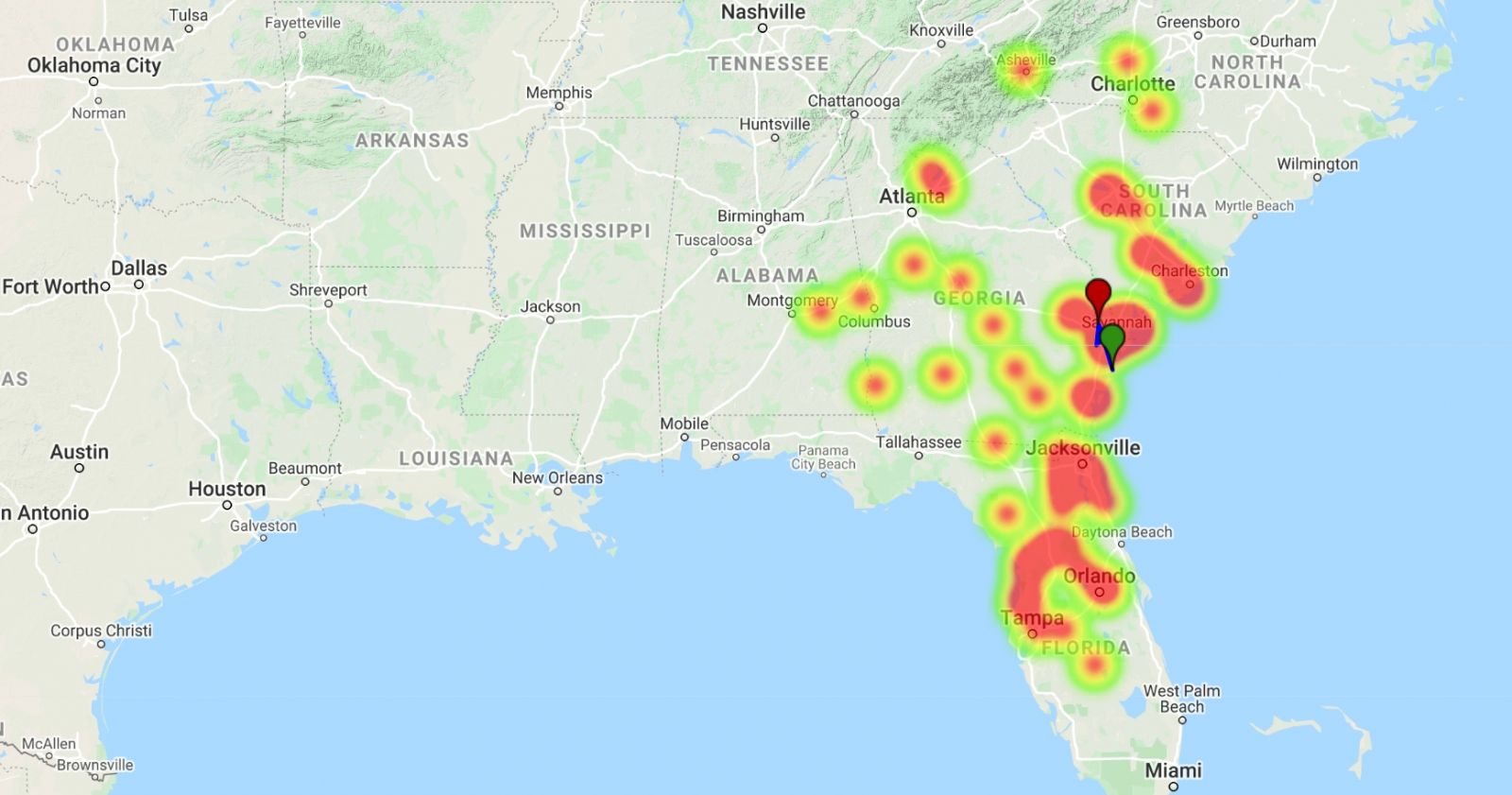