Tropical Storm "Ambo" (international name Vongfong) has rapidly intensified into a typhoon, according to PAGASA's update issued at 15:00 UTC (23:00 LT) on Wednesday, May 13, 2020.  The storm is packing maximum sustained winds of 130 km/h (81 mph) near the center and gusts up to 160 km/h (99 mph), moving west at 15 km/h (9 mph). Heavy rainfall may cause post-eruption lahars on the Mayon volcano edifice, PHIVOLCS warned. Vongfong is the first named storm of the 2020 Pacific typhoon season.

Latest forecast tracks take the typhoon near or over parts of the Bicol Region Thursday night (local time), May 14 at Category 3 or 4 hurricane equivalent intensity.

Downpours were already experienced over some provinces as the typhoon approaches. Koronadal City was hit by heavy rains, strong winds, and thunderstorms on Tuesday night, May 12. Some shoppers were temporarily trapped in a mall as rains immediately caused flooding. 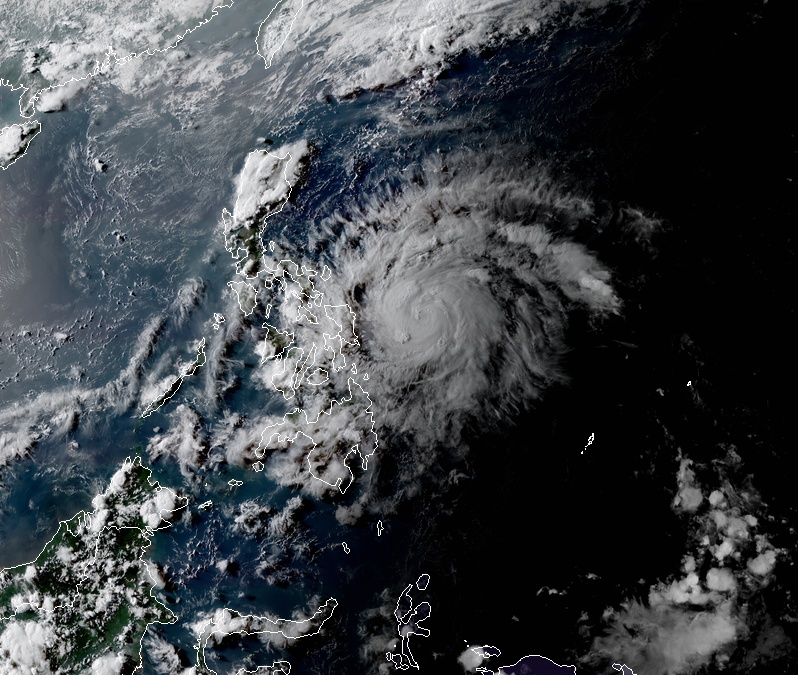 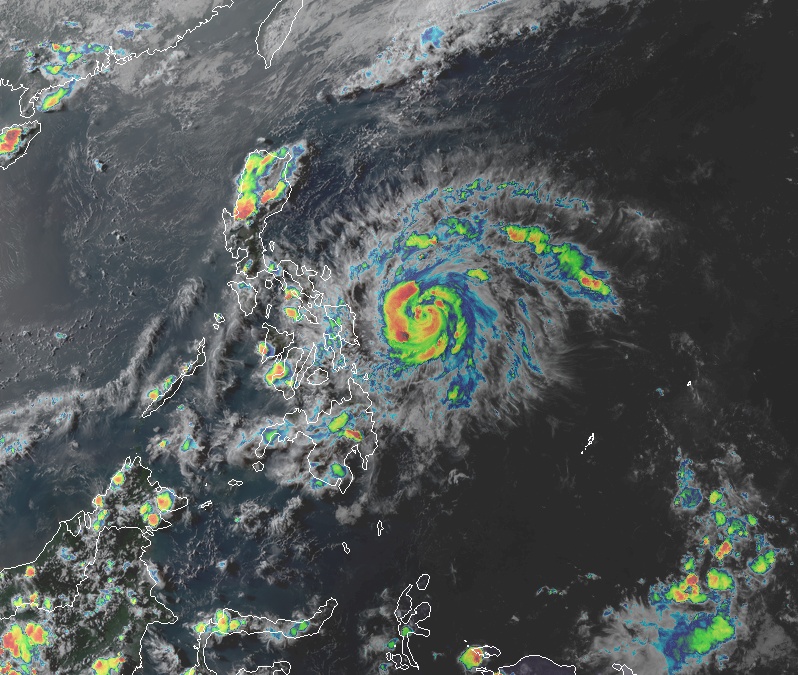 NASA's Terra satellite unveiled powerful storms in Ambo as it strengthened into a typhoon. At 13:25 UTC, the MODIS instrument aboard Terra acquired temperature information about the storm's cloud top and found two large areas of powerful thunderstorms north and west of the center of circulation, where temperatures were around -56.6 °C (-70 °F). 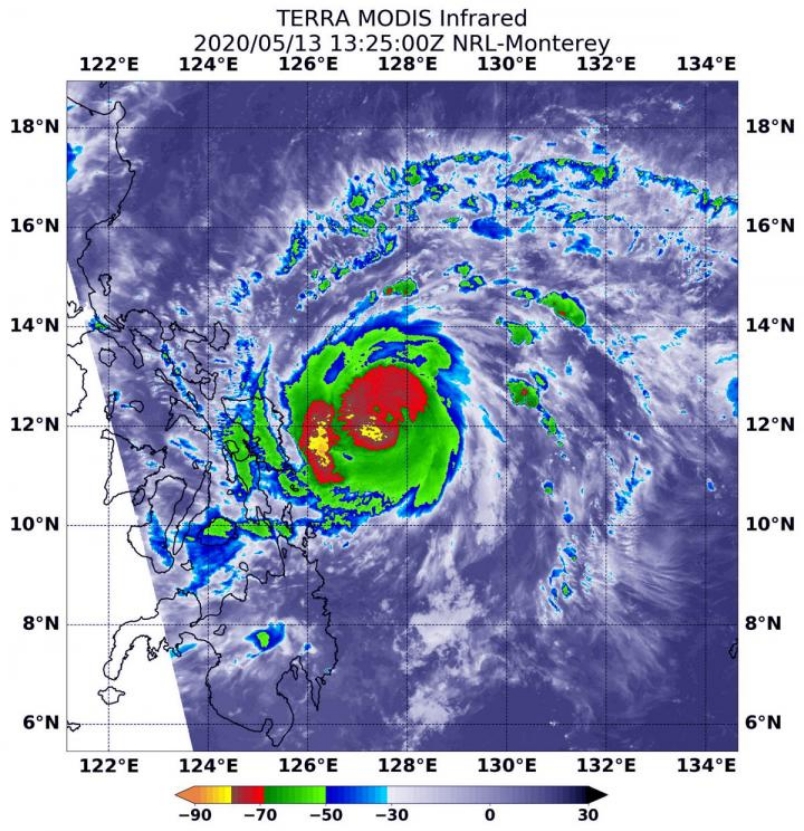 Mayon, the Philippines' most active volcano, last erupted in January to March 2018.

"In addition, older and erodible eruption deposits occupy the watershed areas on the eastern and western slopes of the edifice and can be remobilized as non-eruption lahars by the erosion of banks and channel beds," said PHIVOLCS. "Mayon lahars can threaten communities along the middle and lower slopes and downstream of these channels with inundation, burial, and wash away." 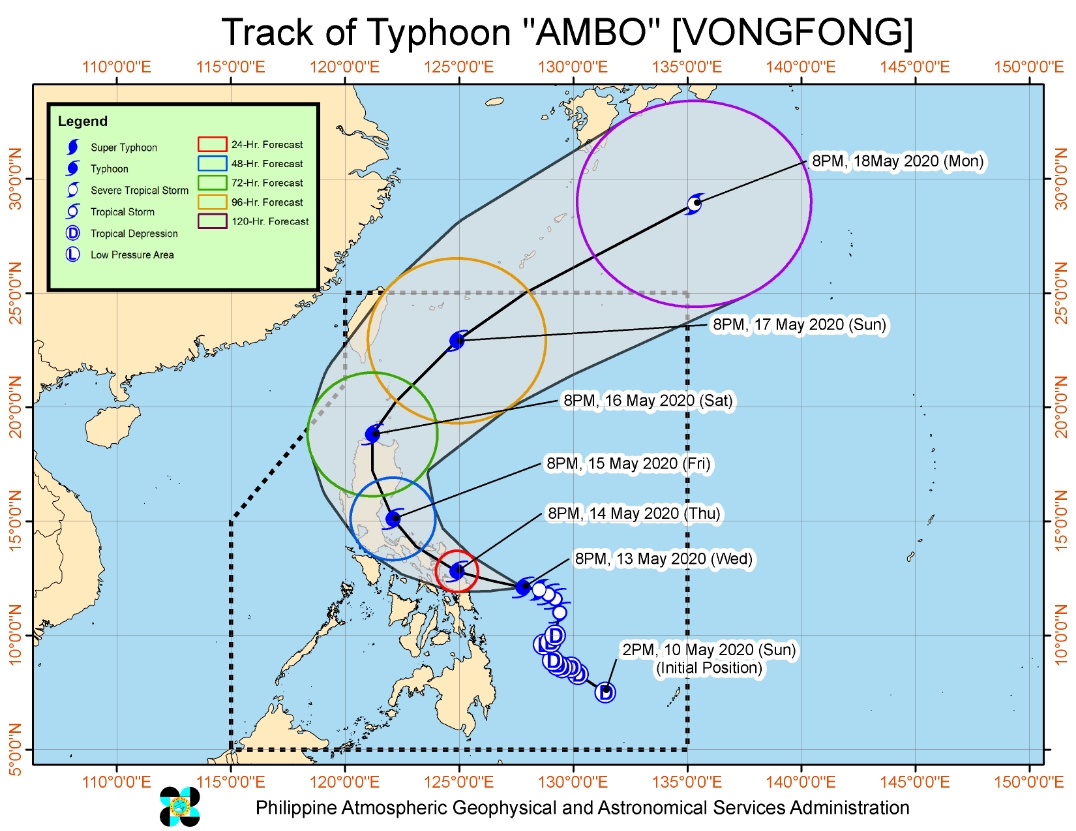 The typhoon poses a threat of further flash flooding and landslides, especially in mountainous terrain. Damaging winds may also affect some areas, particularly near where the core tracks.

Tropical Cyclone Wind Signal No. 2 has been raised over affected areas in the Visayas region as winds greater than 61 km/h (38 mph) peaking 120 km/h (75 mph) may be expected. Meanwhile, Signal No. 1 has been issued for some areas in Luzon, the rest of Eastern Samar, and Biliran, with winds of 30 to 60 km/h (19 to 37 mph) predicted in at least 36 hours. 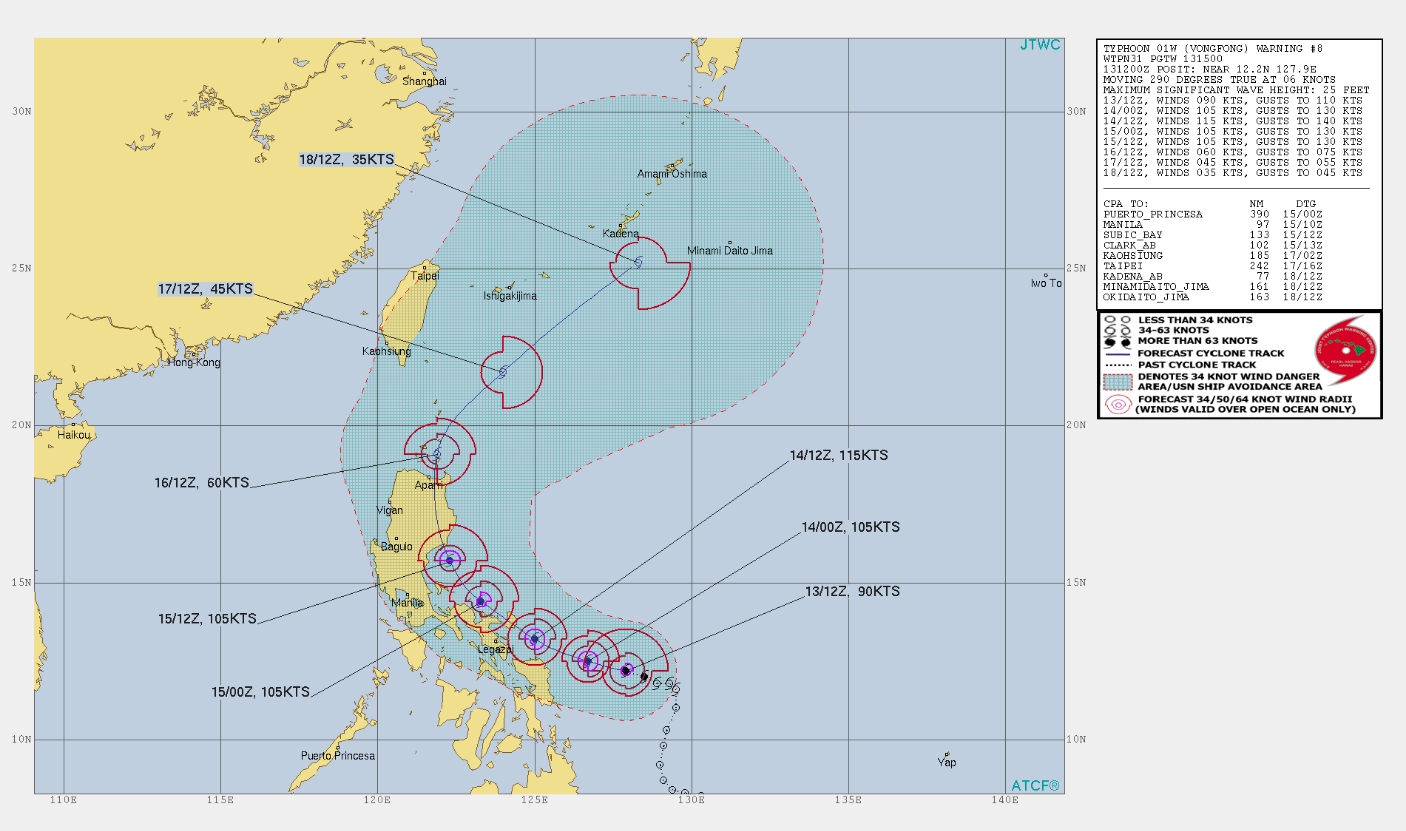 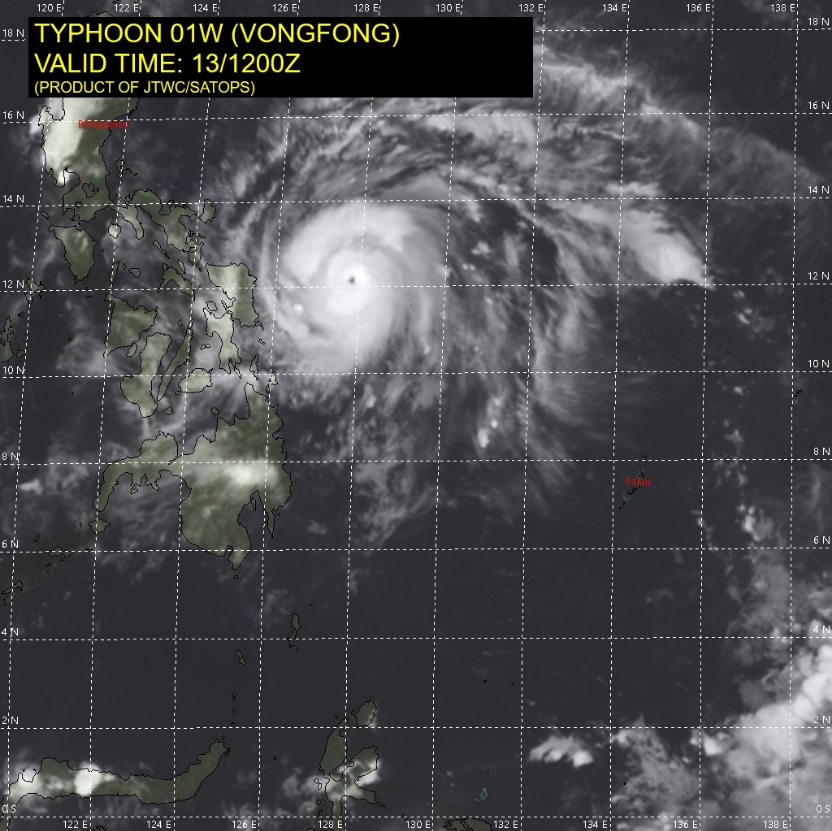 By Friday, May 15, heavy to intense rains with torrential rains at times are expected over Bicol Region and Northern Samar, while moderate to heavy rains are predicted over CALABARZON, Aurora, Marinduque, Romblon, and Mindoro provinces. Strong winds will begin affecting Camarines Norte and Camarines Sur in the morning.