Drought conditions are returning to California as major rain and significant mountain snow had not fallen since December 2019. Sacramento and San Francisco have not seen a drop of rain in February 2020, which is usually one of the wettest months of the year for the state. State water authorities said despite the dry conditions, reservoirs are either at or above averages due to a wet 2019.

Daniel Swain, a climate scientist at the University of California, Los Angeles' (UCLA) Institute of the Environment and Sustainability, noted that this has not happened in 150 years or more.

"There have even been a couple of wildfires– which is definitely not something you typically hear about in the middle of winter."

Temperatures were warmer than average, and there is also no moisture in the forecast. "The dryness has picked up as the season has gone on," Swain said.

The National Weather Service (NWS) also shared satellite photos showing the difference of snowpack on mountains between February 2019 and 2020.

"What a difference a year makes," NWS wrote, adding that so far, the snowpack is 58 percent below usual this time of the year.

What a difference a year makes! Left: 2019, Right: 2020. Sierra snow pack is below normal for this time of year, at about 58% statewide. Dry weather is expected to continue. #CAwx pic.twitter.com/yjxR5JceCp 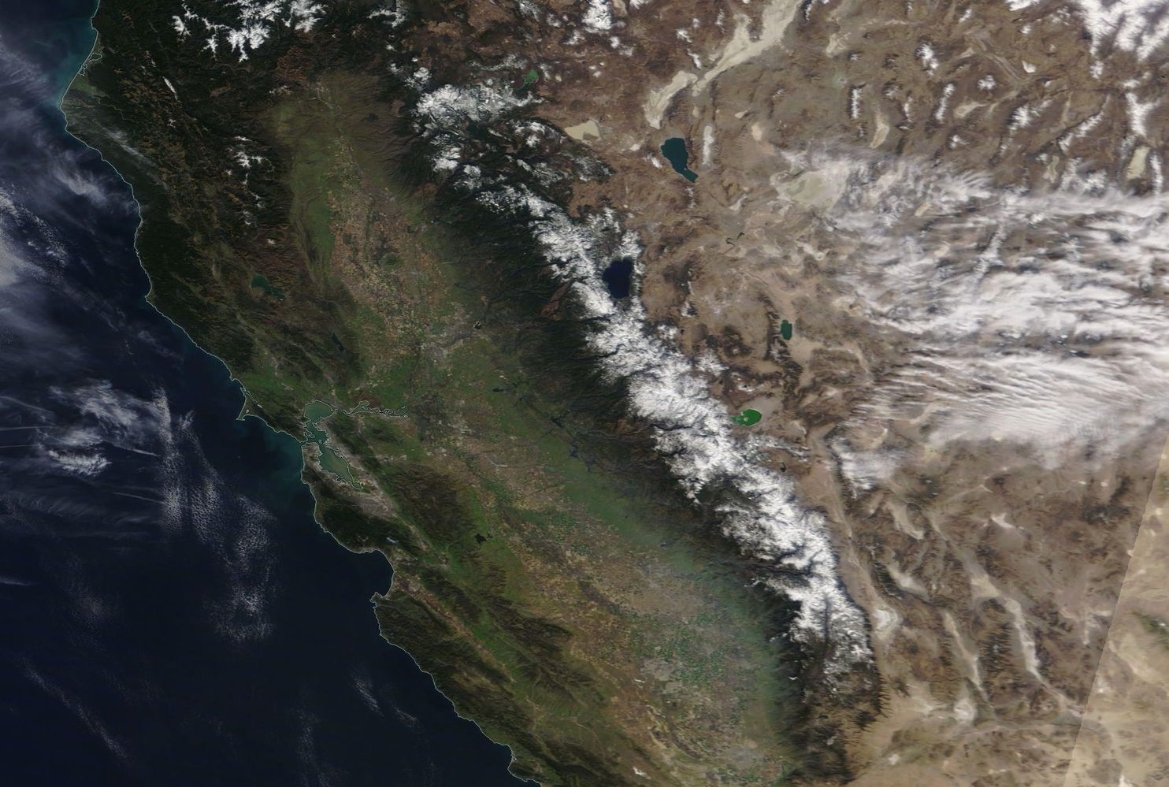 According to the U.S. Drought Monitor, less than half of normal precipitation has fallen from Nevada's central and southern regions westward across much of California since mid-December.

Just over 9.5 percent of the state, including the central and southern Sierra Nevada as well as the adjacent areas of the Central Valley, was designated being in moderate drought last week.

An abnormally-dry status has also been applied to Central Valley and a portion from the San Francisco Bay Area to the Sierra, and parts of the California-Oregon border.

On Wednesday, February 19, NWS Weather Prediction Center said dry weather conditions will continue across much of western U.S. through the end of the week.

Furthermore, forecasters said if the dry pattern persists through the month of February, many areas will be nearing the driest combined January and February on record.

A list we don't want to be on! The @CA_DWR Northern #Sierra 8-Station Precip Index has seen only 0.02" this month to date. Here is how this ranks with other dry Februaries. Also, weather models continue to show little if any precip through the end of the month. #CAwx #CAwater pic.twitter.com/0rtaNYj6YT

Meanwhile, state water authorities said despite the dry conditions, reservoirs are either at or above averages due to a wet 2019.