Severe thunderstorms battered the Australian state of New South Wales on Tuesday, February 18, 2020, disrupting power to about 80 000 homes. Lightning hit a whopping 800 000 times across the entire state, while 74 000 strikes hit Sydney, resulting in one death.

According to utility company Ausgrid, the intense lightning storm left about 80 000 properties without power. As of 10:00 UTC on Thursday, February 20, less than 1 000 customers are still without power but most are expected to be back on in the evening.

The company added that repairs for about 50 customers will go into Friday, February 21.

It may look like a very angry Pac-Man but this is the @weatherzone lightning map from last night. 74,000 lightning strikes from 8pm-2am within 100km of Sydney.

Power’s been safely restored to more than 80% of affected customers with less than 14,000 out at 2pm. #sydneystorm pic.twitter.com/Dp8qgTPuxE

At 9pm there are less than 1,000 customers still without power. Most will be back on tonight. We’ve restored 79,000 since Tuesday

Repairs for 50 customers will go into Friday. pic.twitter.com/HrIQqrnsRi

The phenomenon tragically caused one fatality in Sydney, identified as a 37-year-old man named Hoong Leong. Strong winds from the storm blew away a gas bottle that hit the victim, which was described by authorities as a rare accident.

Leong was reportedly on his way home, walking along Harrington Street in the Rocks when the freak accident occurred.

Police arrived on the scene promptly, as well as medics who performed CPR but Leong was eventually declared dead at St. Vincent's Hospital.

"We just need to know what happened to this fellow, where the bottle's come from. It's come from a very great height," said detective inspector David El-Badawi.

"As he's walking its hit him in the right side of the shoulder and he's gone down onto the floor."

Katherine Railings, acting superintendent from NSW Ambulance Service called it a "one in a million accident".

"This is a very, very unusual circumstance," she said. "It's a complete tragedy."

"It's certainly a reminder for us all, with the weather we're having that we do need to be careful, we do need to watch out for ourselves and each other." 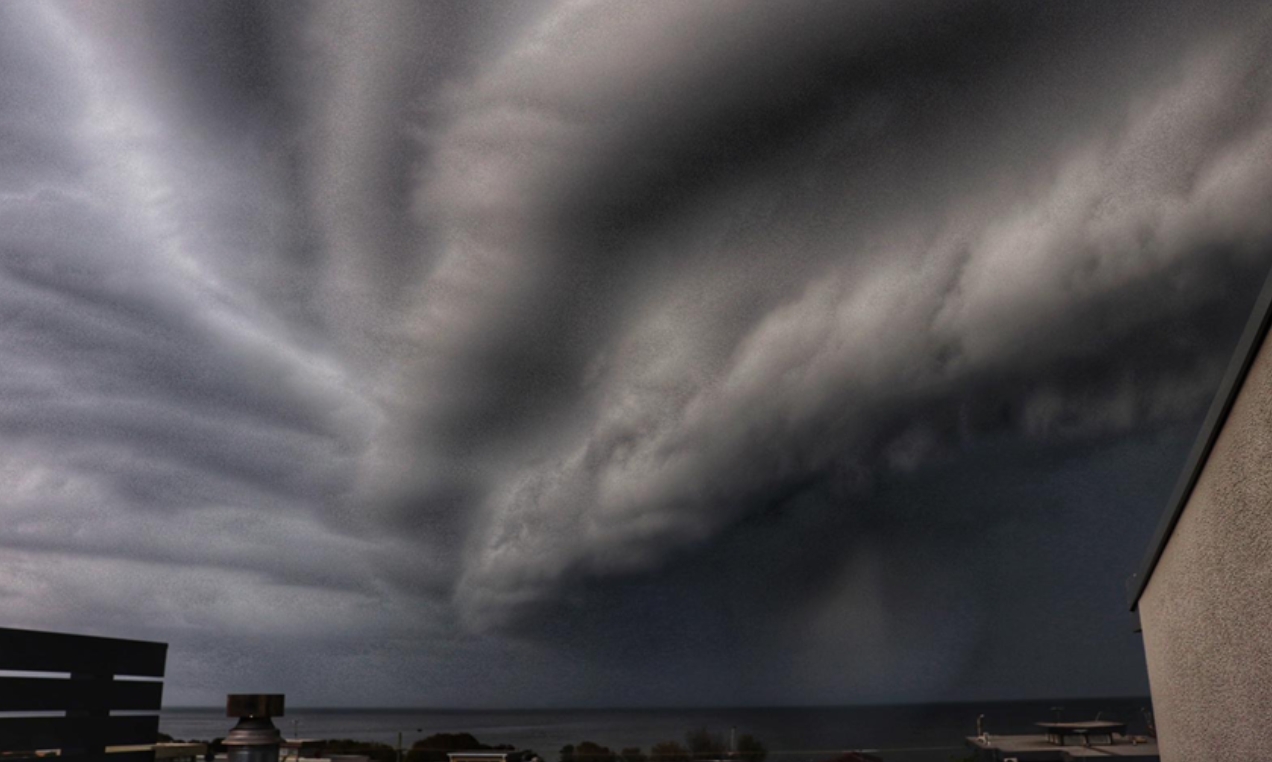 A wind warning is in place for NSW on Thursday into Friday, according to the Bureau of Meteorology (BOM).

Dramatic footage has emerged of a plane flying through a thunderstorm in Sydney.

A passenger tweeted the video with the caption "I'd rather be down there" pic.twitter.com/1sLvaRrovM