Explosive activity is still taking place at Ecuadorian Sangay volcano on January 23, 2020. According to the Washington VAAC, the volcanic ash cloud was observed rising up to 6.1 km (20 000 feet) above sea level at 18:40 UTC.

On January 22, the European Sentinel-2 satellite flew over the volcano, capturing its crater on one of the rare recent days with no cloud cover.

The image clearly shows lava still flowing from the volcano: 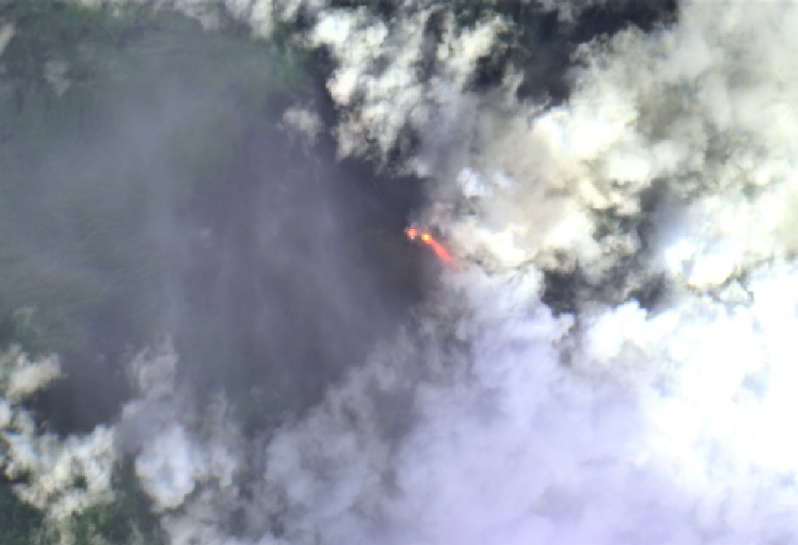 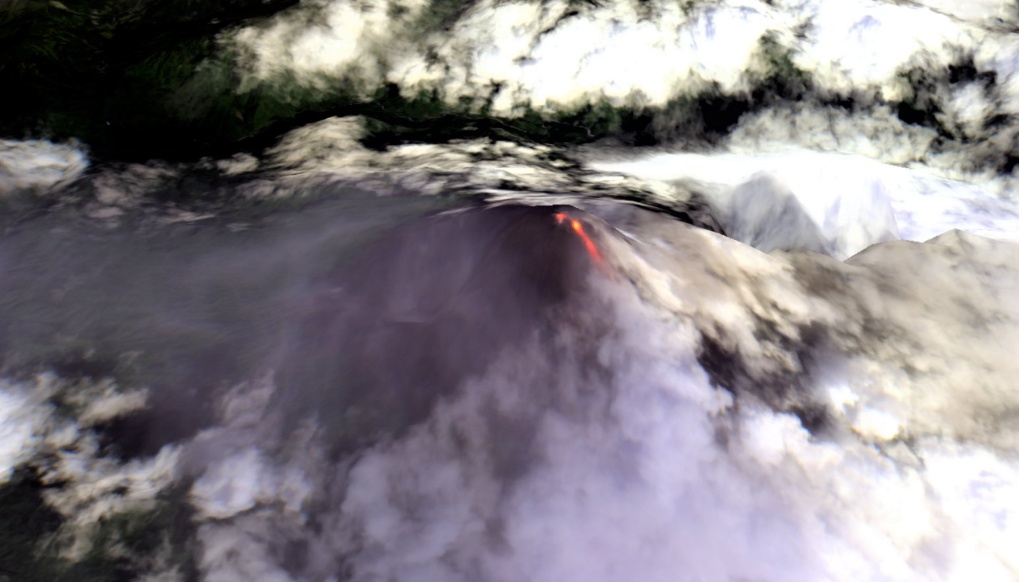 On January 20, the Ecuadorian Geophysical Institute of the National Polytechnic School (IG EPN) reported the emission of gas and ash content, using images provided by the ECU 911.

The institute said similar activity has been going on over the past few weeks, but good weather conditions on January 20 finally enabled them to observe the volcano.

Sangay is the last volcano in southern Ecuador, located in the Cordillera Real, the province of Morona Santiago. It is one of the most active volcanoes in Ecuador, maintaining constant eruptive activity since 1628.

In the last eruptive period that begun in 1628, it is known that the volcano emitted a large column of ash that went north-west up to 50 km (31 miles) away, affecting the city of Riobamba with a tephra fall (Lewis, 1950 in Monzier et al., 1999).

The modern edifice dates back to at least 14 000 years ago. It towers above the tropical jungle on the east side; on the other sides flat plains of ash have been sculpted by heavy rains into steep-walled canyons up to 600 m (1 979 feet) deep. The earliest report of a historical eruption was in 1628. More or less continuous eruptions were reported from 1728 until 1916, and again from 1934 to the present. The almost constant activity has caused frequent changes to the morphology of the summit crater complex. This volcano is located within the Sangay National Park, a UNESCO World Heritage property.