A bright ball of fire was seen flashing across the sky over Puerto Rico at 21:27 UTC (17:27 local time) on Friday, January 17, 2020. Some of the residents reported loud noise associated with the event.

Shortly after the event, people who spotted and captured the meteor started sharing photos and videos on social media platforms. Most of the images were posted from the San Juan area, but other people in various parts of the U.S. territory also reported seeing it.

Eddie Irizarry, an astronomy professor in Puerto Rico and vice president of the Caribbean Astronomy Society, said he also got reports of the meteor from all over the island.

Irizarry noted that the fireball was visible for up to 10 seconds and based on its smoke trail, it could be at least a couple of feet in length. 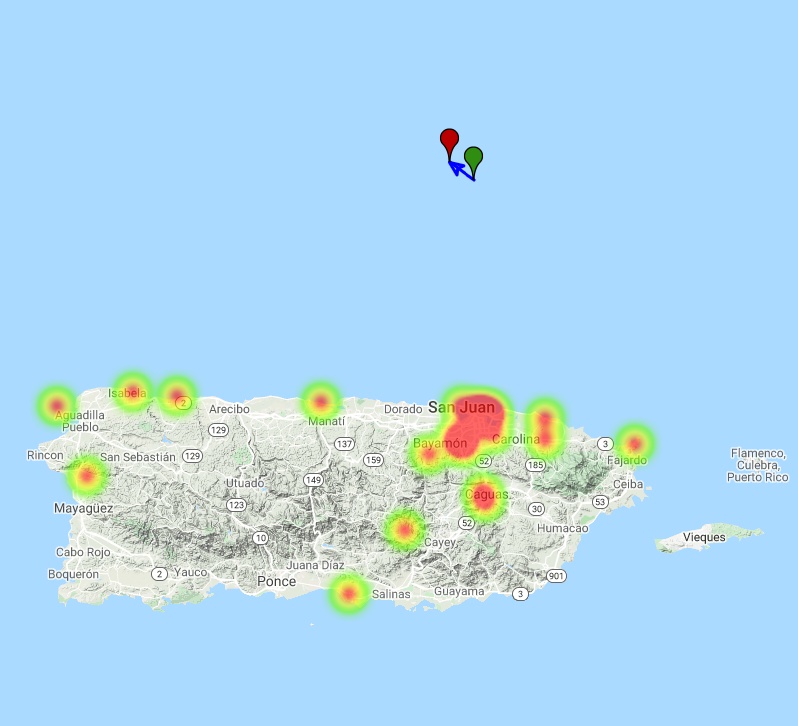 One local in the northern area said he thought the fireball was a plane in distress when he first saw it. "It was a loud noise. I see this ball of fire, very fast and very big, and I said, ‘Wow, that can’t be a plane because it’s going too fast."

Satellite loop appears to show the flash of the meteorite seen in Puerto Rico this evening!  @StormHour pic.twitter.com/Mepq8UBUVG

Puerto Rico Meteor just came soaring out the sky. There’s definitely some alien things going on over there  pic.twitter.com/7pojazRRzY