Epic snowfall rates of more than 10 cm (3.9 inches) per hour were falling in St. John's at times through Friday morning, The Weather Network reports. By the lunch hour, over 30 cm (11.8 inches) was already on the ground in the city and there is plenty more to come.

Higher than normal water levels along the east and northeast coasts due to 60 to 80 cm (1.9 – 2.6 feet) of storm surge combined with 9 to 12 m (0.9 – 39 feet) waves are expected from late this evening until early Saturday afternoon.

Flooding and damage to coastal infrastructure are possible, especially in locations exposed to the north. Highest water levels are expected near high tide tonight and again early Saturday afternoon. 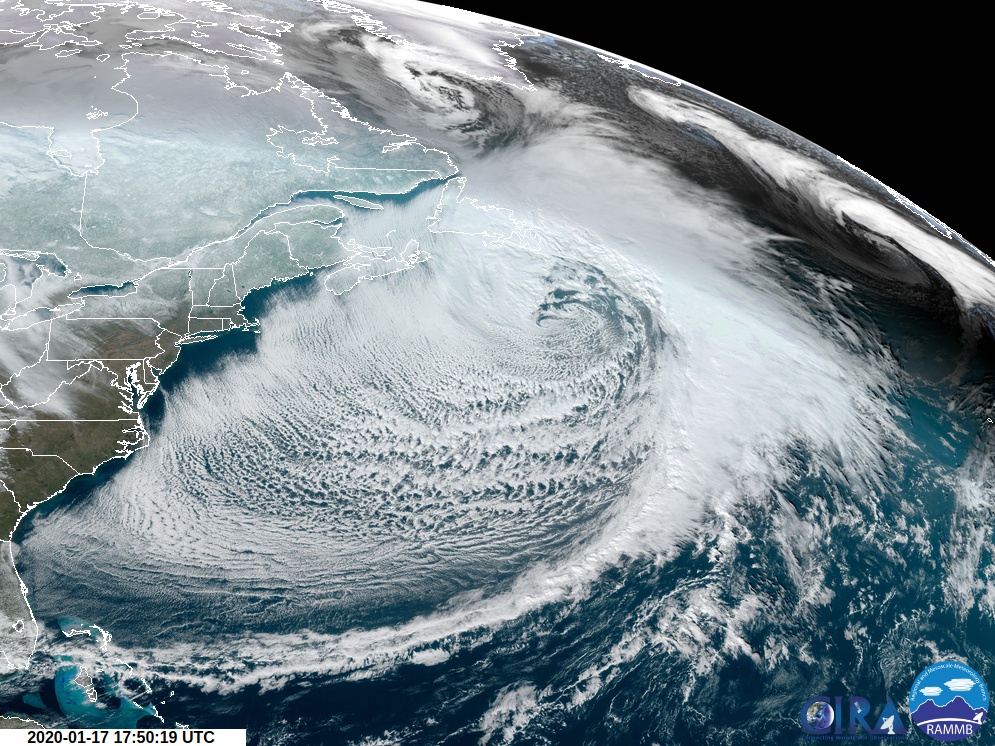 A storm surge and blizzard warnings are currently in effect for St. John's and vicinity.

Dangerous blizzard conditions are expected across the Avalon Peninsula, Clarenville and vicinity, and Bonavista Peninsula, with very strong winds and near-zero visibility in heavy and blowing snow.

The highest amounts of snow are expected over the northern Avalon and Bonavista Peninsulas until Saturday afternoon (LT, local time).

Conditions are expected to improve early on Saturday for most areas but strong winds and blowing snow will persist over coastal areas exposed to the north into Saturday afternoon.

Damage to buildings, such as roof shingles and windows, may occur. Store or anchor objects so they are not tossed by the wind causing injury or damage.

"Consider postponing non-essential travel until conditions improve. If you do travel and become lost, remain where you are until the blizzard has passed," Environment Canada warns.

Flooding and damage to coastal infrastructure are possible, especially in locations exposed to the north. Highest water levels are expected near high tide tonight and again early Saturday afternoon.

"Give the current and forecasted conditions, the state of emergency is in effect immediately and will remain in effect until lifted," St. John's authorities said.

"All businesses are ordered to close; shops closing regulations are suspended and all vehicles except emergency vehicles are prohibited from using City streets. City plowing operations will continue at this time. Please return home and do not drive until the state of emergency has been lifted."