A new planet-hunting instrument has been installed on the WIYN telescope, on Arizona’s Kitt Peak. NEID spectrometer (pronounced 'NOO-id') is one of the first instruments of its kind with the precision to detect small, terrestrial planets around nearby stars.

It is designed to measure the motion of nearby stars with extreme precision – roughly three times better than the previous generation of state-of-the-art instruments — allowing us to detect, determine the mass of, and characterize exoplanets as small as Earth.

NEID will also confirm the presence of planets discovered by NASA’s TESS space telescope, and reveal details of their anatomy. Eventually, scientists want to be able to find Earth-like planets around Sun-like stars, in an effort to find a world with life on it. 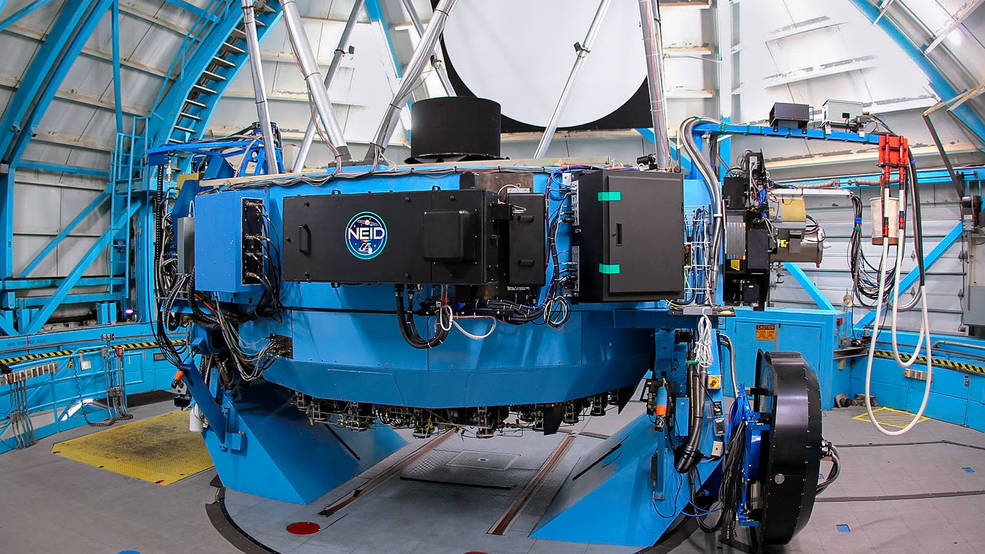 The instrument has recently made its first observations when it studied 51 Pegasi, which in 1995 was the first Sun-like star found to host an exoplanet. 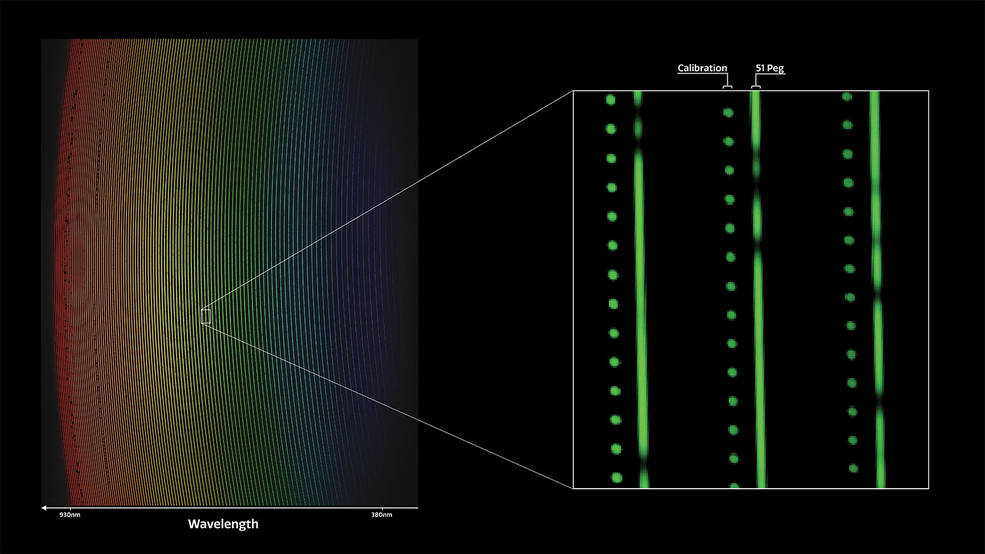 The left side of this image shows light from the star 51 Pegasi spread out into a spectrum that reveals distinct wavelengths. The right-hand section shows a zoomed-in view of three wavelength lines from the star. Gaps in the lines indicate the presence of specific chemical elements in the star. Image credit: Guðmundur Kári Stefánsson/Princeton University/NSF’s National Optical-Infrared Astronomy Research Laboratory/KPNO/NSF/AURA