Vic Emergency is reporting more than 10 fires are burning in East Gippsland on December 30, 2019, including three large fires that have been burning for more than a month. Communities in the area could be impacted today by a fire front, spot fires and ember attacks on homes, or major roads being closed resulting in communities being isolated.

"If you’re in East Gippsland today you should be aware of warnings issued for your area and carefully follow the instructions in the warning, Emergency Management Commissioner, Andrew Crisp said in today's media release.

"Roads could close with no warning as the fires will grow rapidly in size under hot and windy conditions," Crisp said. "The safest place to be is in built-up areas or to shelter indoors."

"It is your responsibility to stay across information and warnings as conditions can change quickly." 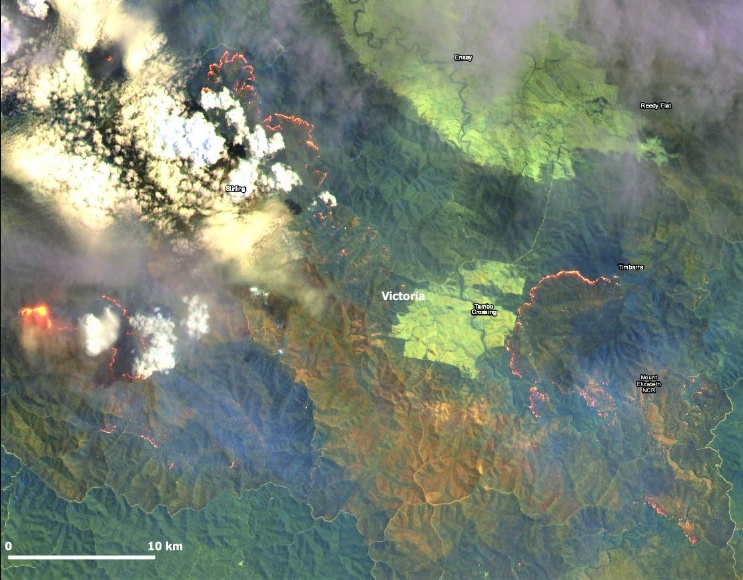 'Get out now!' – More than 30 000 people forced to evacuate East Gippsland due to extreme fire danger, Australia

A number of the fires in Gippsland started yesterday as a result of dry lightning including a fire between Cann River and Mallacoota that traveled more than 20 km (12.4 miles) overnight within five hours, the agency said, warning that these fires are likely to grow in size significantly and will impact communities today, driven by very hot, dry weather and with strong gusty winds.

A wind change is expected to reach East Gippsland in the early hours of Tuesday morning, likely increasing the fire intensity and resulting in the fires rapidly changing direction while significantly increasing in size.

Dry lightning is also forecast today in East Gippsland. Any lightning strikes in dry, drought-affected forests have the potential to quickly become fires that threaten lives and homes. 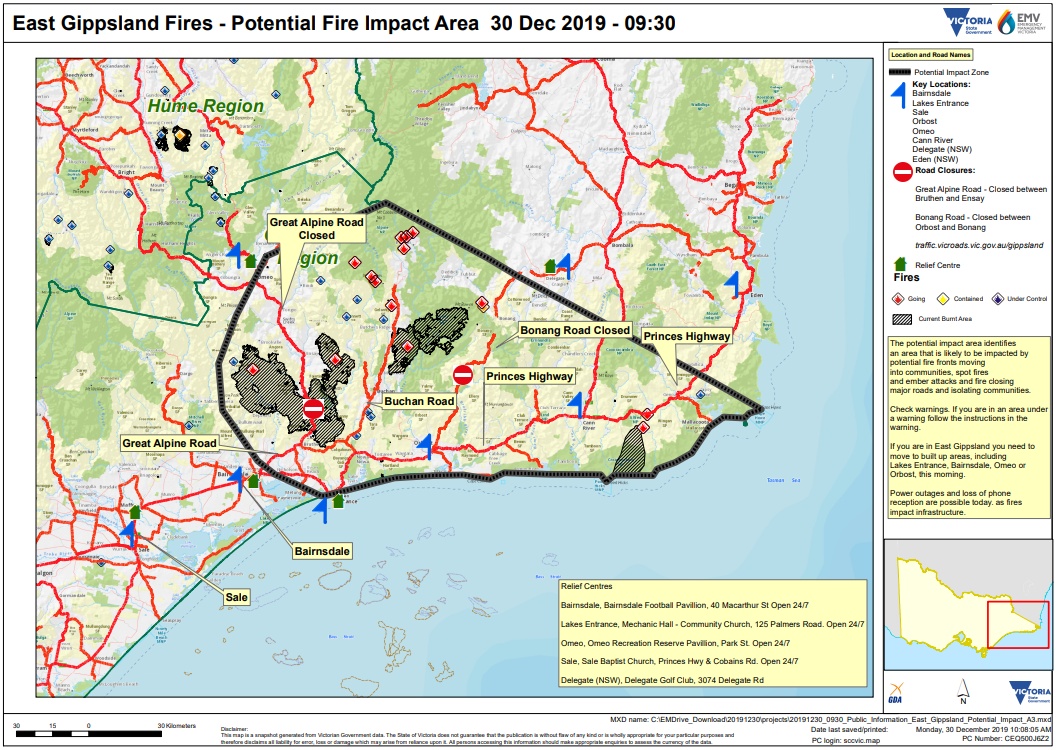 Communities in East Gippsland could be impacted today by a fire front, spot fires and ember attacks on homes, or major roads being closed resulting in communities being isolated. If the fires cross or threaten the Princes Highway it will be closed.