The activity was already underway at about 16:00 UTC, producing small and discontinuous explosions, INGV reports.

Pyroclastic material is ejected on the slopes of the cone. 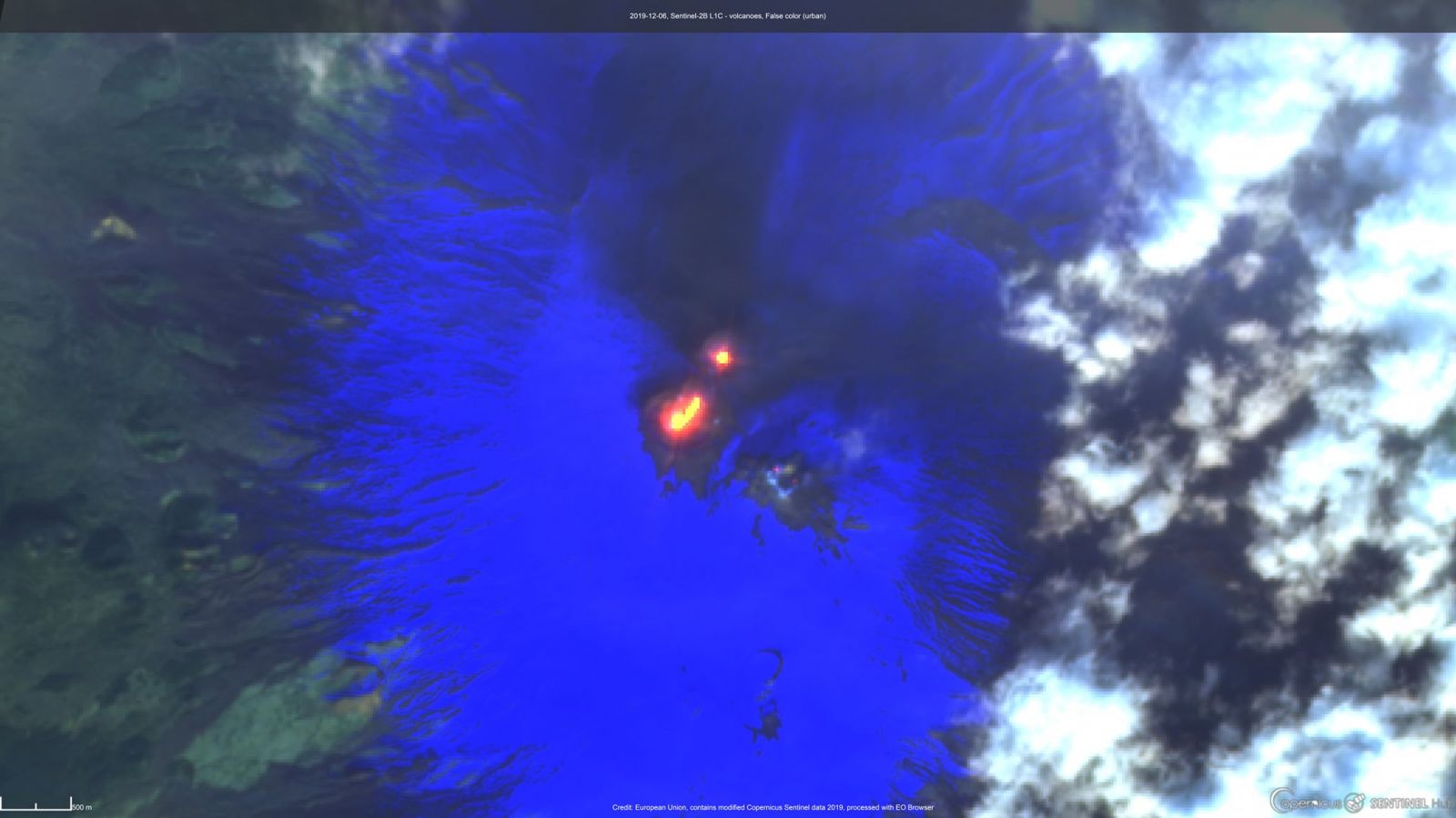 Meanwhile, intracrater Strombolian activity is continuing at the Voragine and Bocca Nuova craters.

No significant variations are observed thus far in the volcanic tremor amplitude.

The photos below were taken on the evening of December 6 from Tremestieri and show the strombolian activity at New Southeast Crater (at right), and small Strombolian explosions at the Voragine crater (at left). 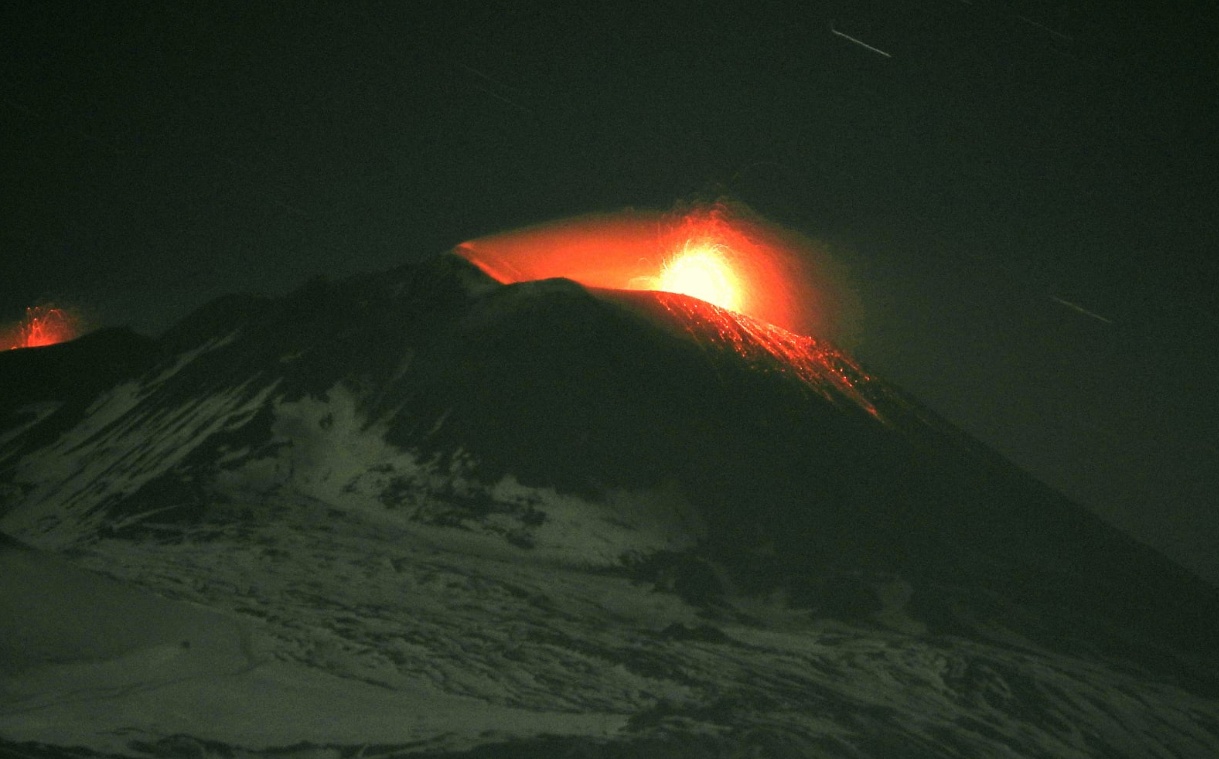 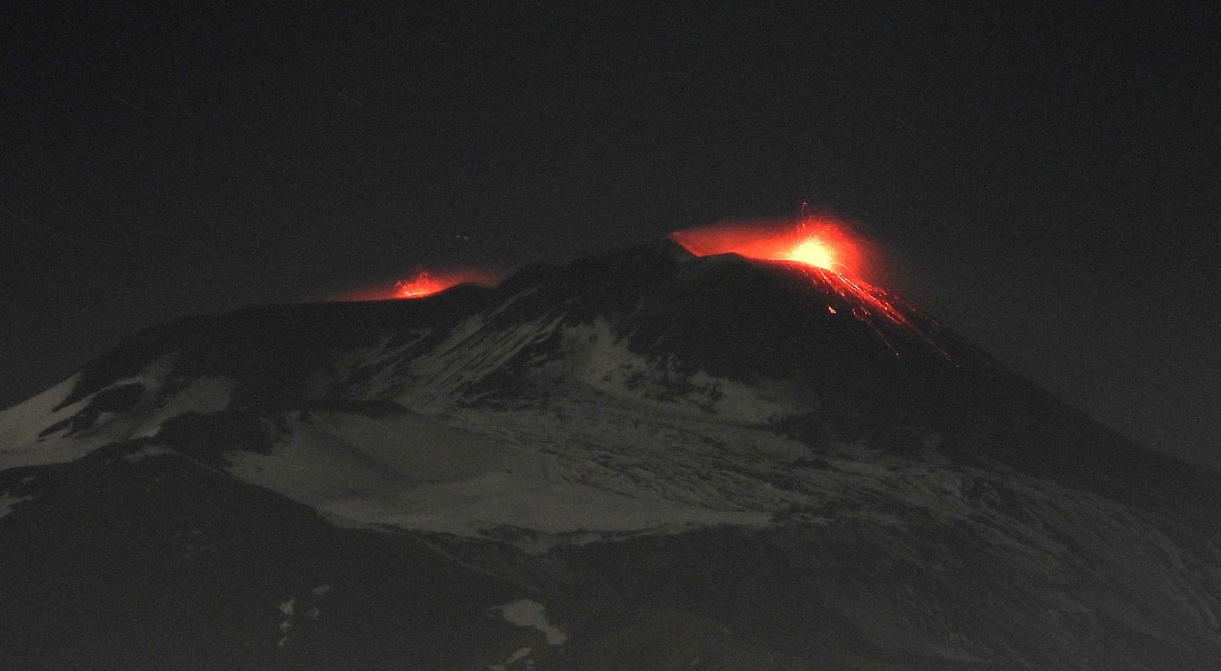