MetService recorded nearly 100 000 lightning strikes in 24 hours over South Island, New Zealand, leading up to Saturday morning, December 7, 2019. Some of the strikes were associated with severe storms over Westland, the agency said. The West Coast has also been slammed by heavy rain, resulting in power outages and road slips.

Now here's a remarkable statistic. MetService recorded just under 100,000 lightning strikes over New Zealand and our surrounding waters in the 24hrs leading up to mid-Saturday morning. Some of those strikes were associated with the severe thunderstorms over Westland today. ^AB pic.twitter.com/X0R34H4cpX

days of lightning in  seconds.

A state of emergency has been declared in Timaru as the Rangitata River showed threats of bursting its banks. It was 10 times its normal volume and is spilling to State Highway 1, said Civil Defense Spokesperson Stephen Doran.

"The river's in a mainly rural area, so we've been notifying farmers to move stock to higher ground," he stated, also urging campers to pack up and warning residents near the river to evacuate at short notice.

"Widespread flooding is likely. Please use extreme caution and ensure your own safety as the situation could change throughout the day."

State Highway 6 remained closed from Hokitika to Makarora, Otago, with some slips blocking the road. It is expected to re-open to one lane on Sunday morning, December 8, and close again in the afternoon. 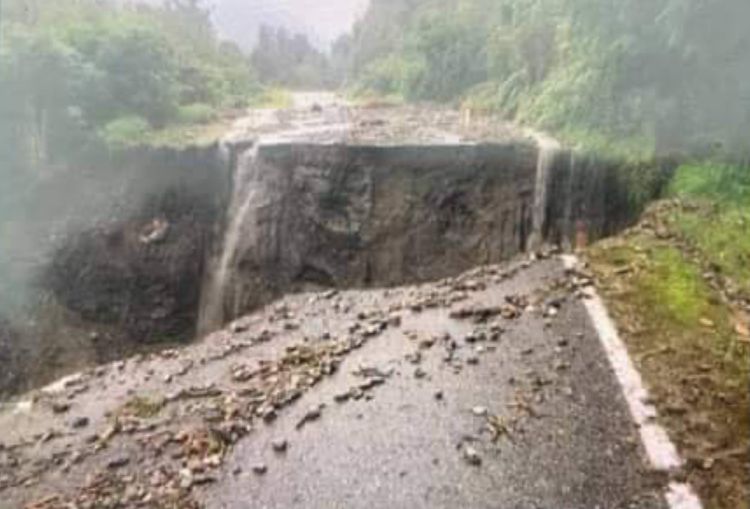 State Highway 1 has also been shut, as well as the inland Route 72 at the upper bridge.

Heavy rain warnings may also be issued for the lower North Island. "We also have a heavy rain watch for many North Island areas from Sunday through until Monday – parts of the Bay of Plenty, Taumarunui, Taupo, Taihape," Best added.

MetService warned of further thunderstorms across the country on December 8.

Moreover, a combination of warm and cold air will trigger some thunderstorms across the upper and western sides of the country over the next few days.