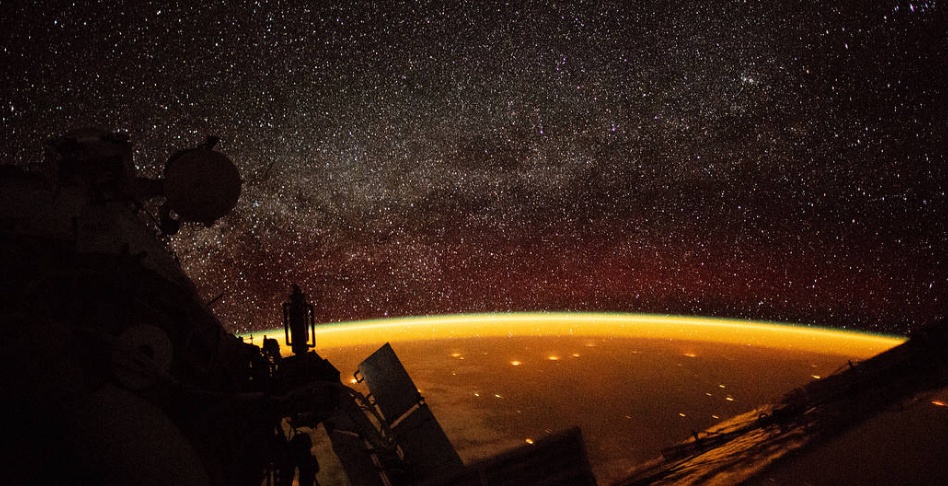 NASA’s Ionospheric Connection Explorer (ICON) spacecraft is now in orbit for a first-of-its-kind mission to study a region of space where changes can disrupt communications and satellite orbits, and even increase radiation risks to astronauts. ICON is an Explorer-class mission and the first to simultaneously track what’s happening in Earth’s upper atmosphere and in space to see how the two interact, causing the kind of changes that can disrupt our communications systems.

A Northrop Grumman Stargazer L-1011 aircraft took off at 20:31 EDT on October 10, 2019, from Cape Canaveral Air Force Station in Florida carrying ICON, on a Northrop Grumman Pegasus XL rocket, to launch altitude of about 12 km (39 000 feet). The spacecraft’s solar panels successfully deployed, indicating it has power with all systems operating. After an approximately month-long commissioning period, ICON will begin sending back its first science data in November.

The Ionospheric Connection Explorer will study the frontier of space: the dynamic zone high in our atmosphere where terrestrial weather from below meets space weather above. In this region, the tenuous gases are anything but quiet, as a mix of neutral and charged particles travel through in giant winds. These winds can change on a wide variety of time scales – due to Earth's seasons, the day's heating and cooling, and incoming bursts of radiation from the Sun.

This region of space and its changes have practical repercussions, given our ever-increasing reliance on technology. This is the area through which radio communications and GPS signals travel. Variations there can result in distortions or even complete disruption of signals. In order to understand this complicated region of near-Earth space, called the ionosphere, NASA has developed the ICON mission. To understand what drives variability in the ionosphere requires a careful look at a complicated system that is driven by both terrestrial and space weather.

ICON will help determine the physics of our space environment and pave the way for mitigating its effects on our technology, communications systems and society.

ICON explores the connections between the neutral atmosphere and the electrically charged ionosphere with four instruments. Three of the instruments rely on one of the upper atmosphere’s more spectacular phenomena: colorful bands called airglow.

Airglow is created by a similar process that creates the aurora – gas is excited by radiation from the Sun and emits light. Though aurora are typically confined to extreme northern and southern latitudes, airglow happens constantly across the globe, and is much fainter. But it’s still bright enough for ICON’s instruments to build up a picture of the ionosphere’s density, composition and structure. By way of airglow, ICON can observe how particles throughout the upper atmosphere are moving.

ICON’s fourth instrument provides direct measurements of the ionosphere around it. This instrument characterizes the charged gases immediately surrounding the spacecraft.

ICON’s orbit around Earth places it at a 27-degree inclination and altitude of about 580 km (360 miles). From there, it can observe the ionosphere around the equator.

ICON will aim its instruments for a view of what's happening at the lowest boundary of space, from about 90 km (55 miles) up to 580 km above the surface.

This rapid orbit circles Earth in 97 minutes while precessing around the equator, allowing ICON to sample a wide range of latitude, longitude and local times.