Tropical Storm "Hagibis" formed on October 5, 2019, and underwent one of the most explosive intensification rates on record. Hagibis exploded from a tropical storm with winds of 96 km/h (60 mph) to a Category 5 super typhoon with winds of 257 km/h (160 mph) in just 18 hours as its center went close to the Northern Mariana Island of Anatahan, about 322 km (200 miles) northeast of Guam.

Hagibis is now the strongest typhoon in the West Pacific Ocean this year. The current forecast track takes it near or over Tokyo, Japan on October 12, still strong enough to cause structural damage.

According to Phil Klotzbach, a meteorologist at Colorado State University, the storm underwent the strongest quick intensification of any tropical cyclone from the western Pacific in at least 23 years.

Only a few previous hurricanes topped Hagibis' shocking intensification rate. 2015 Hurricane "Patricia" had increased winds from 137 km/h (85 mph) to 193 km/h (120 mph) in 24 hours, which became the most powerful hurricane on record in the Western Hemisphere with maximum winds up to 346 km/h (215 mph). Hagibis' rate is comparable to that of Patricia. 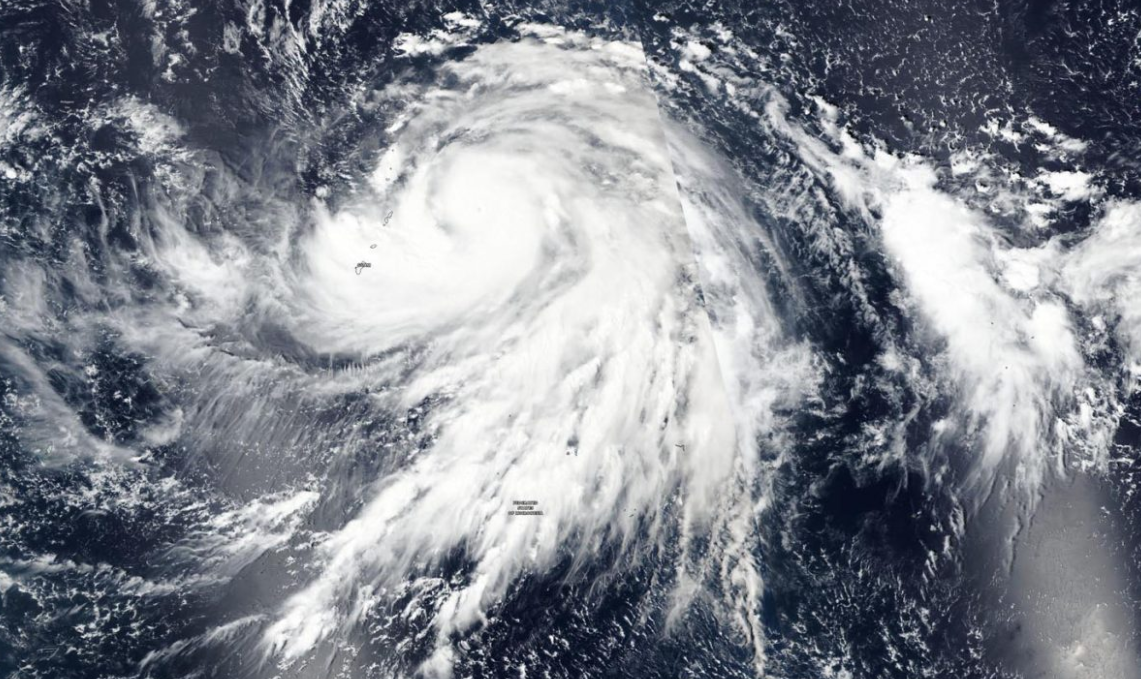 According to NOAA Hurricane Research Division, Hagibis' eye measured about 8 km (5 miles) in diameter which is smaller than the average wide eye of 32 km (20 miles) to 64 km (40 miles). The storm is now the fourth Category 5 tropical cyclone on Earth in 2019 after Super Typhoon "Wutip" in February, Dorian in September, and Lorenzo later that month.

Wow, really insane vertical structure to detect such high dBz from so far away! Might be 2-3 mile diameter 'eye'! Super intense #Hagibis pic.twitter.com/Qb2jZLGHhx

Well this is something else. It is dubious to measure #Hagibis's eye size with radar bins this wide, but it's darn small. This is at a beam height of ~29,000 feet, which means the eye is likely a touch smaller at its base, since eyewalls slope outward with height. pic.twitter.com/WBBtrvuoLp

TROPICAL UPDATE: The #VIIRS instrument on #NOAA20 snapped this image of #SuperTyphoonHagibis in the #Pacific as it passed over the uninhabited island of #Anatahan today. Forecasters predict it will potentially strike #Japan with sustained winds of 100 mph by Saturday. pic.twitter.com/lCStWM2pK3 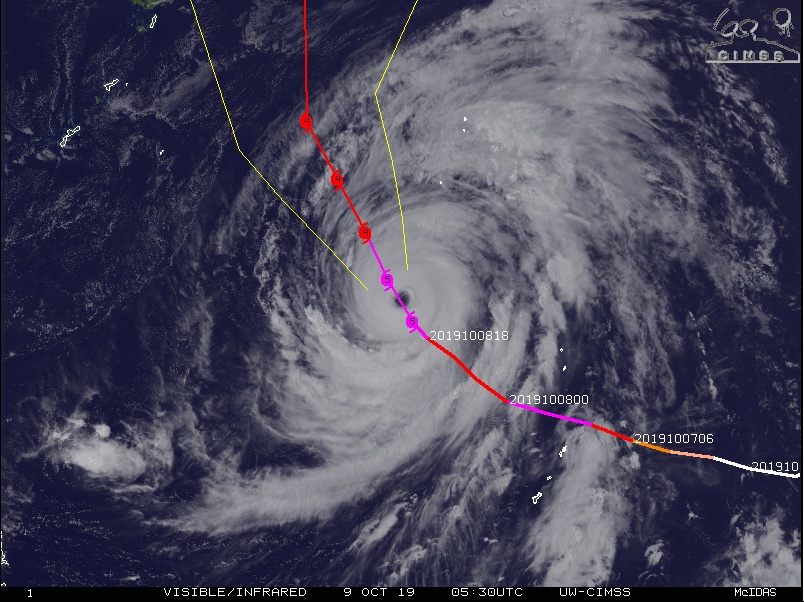 The central barometric pressure was 915 hPa, and the system was moving northwestward at 15 km/h (9 mph). 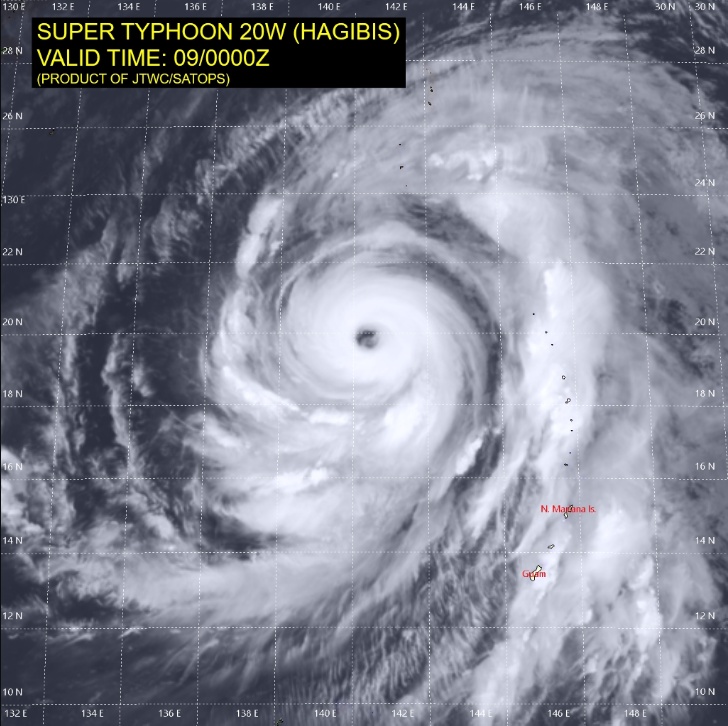 As vertical wind increases and sea surface temperatures cool after 03:00 UTC on October 12, the system will continue to slowly weaken as it approaches Honshu, Japan on the same day.

There is low confidence in the current JTWC track, but JMA's current forecast track also takes Hagibis near or over Tokyo.