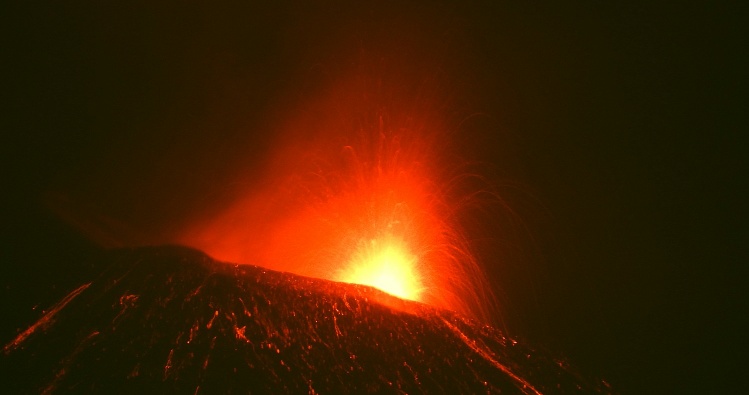 Frequent ash emissions, producing only minor anomalies in images recorded by the thermal surveillance cameras were reported on July 17.

Things changed overnight with Strombolian explosions at a frequency of one every 1-2 minutes early morning July 18 and every 20 – 30 seconds during late forenoon.

The explosions ejected incandescent pyroclastics to a few tens of meters above the vent, which lies in the eastern part of the NSEC. Ejecta frequently fell onto the upper flanks of the cone.

Furthermore, at 05:48 UTC, an emission of ash occurred at the Northeast Crater, which produced a plume that rapidly dissipated in the atmosphere. The first emission was followed by other, smaller emissions that continued at the time of the production of this report [but ceased sometime thereafter].

Differently from the activity at the NSEC, the ash emissions of the Northeast Crater have not produced any anomalous signal in the images recorded by the thermal surveillance cameras.