Intense activity continues at Stromboli volcano with strong explosions in northern crater area, where at least 5 vents were active overnight July 13, and lava flows from the collapsed rims of the crater terrace. INGV is replacing equipment destroyed during July 3, 2019 eruption – the strongest since 2007.

Two lava flows emitted from the same vents have remained confined to the upper portion of the Sciara del Fuoco, and appear stagnant this morning, INGV said in an update released July 13.

The lava flows emitted from the central-southern area of the crater terrace have covered the upper to middle slope of the Sciara.

During the night, all active lava fronts have shed incandescent material, which rolled down the steep slope of the Sciara del Fuoco and reached the coastline.

The mean volcanic tremor amplitude has not shown any significant variations during the past 24 hours.

Images below were recorded by the visual surveillance camera at 400 m (1 312 feet) elevation on the north rim of the Sciara del Fuoco and show the development of lava overflows from the northern crater area between the evening of July 12 (with the nearly-full moon above) and dawn on July 13. 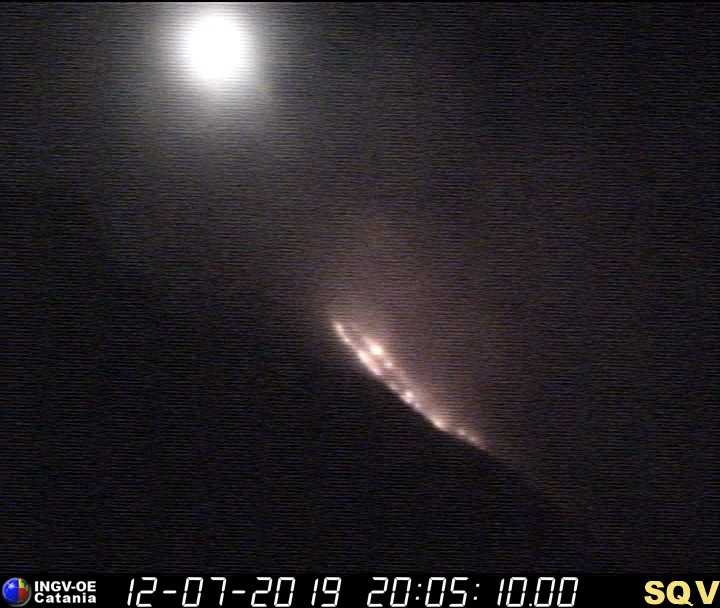 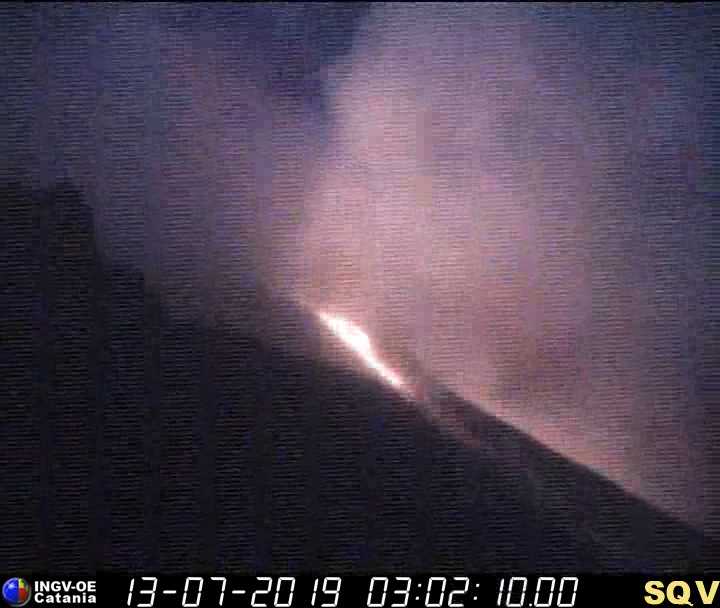 INGV staff located at the island was busy yesterday repairing and replacing monitoring equipment damaged/destroyed by the July 3, 2019 paroxysmal explosion – the strongest since 2007. 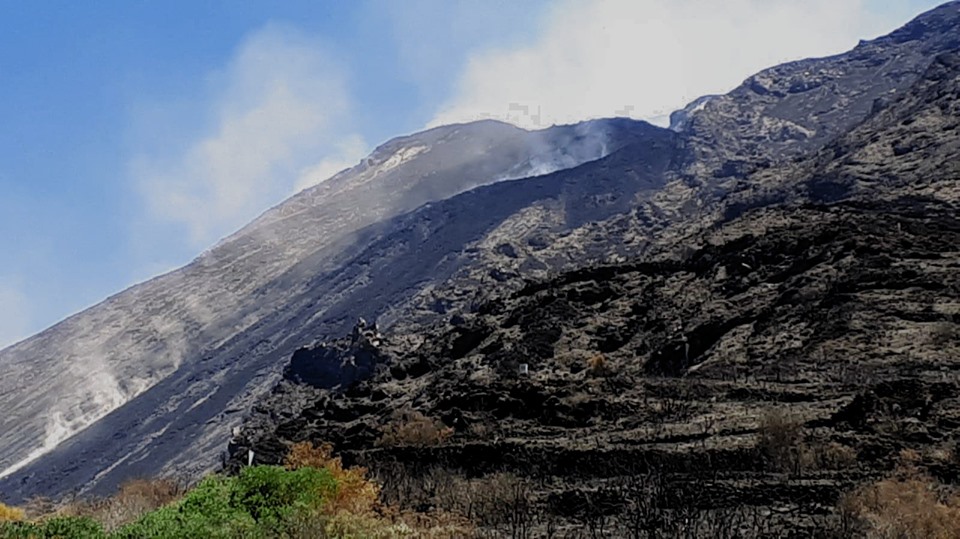 Active lava flow field in the upper part of the Sciara del Fuoco below the Center-South crater area at 15:30 LT on July 11, 2019. Dust clouds are being raised by rockfalls. Photo by F. Murè, INGV