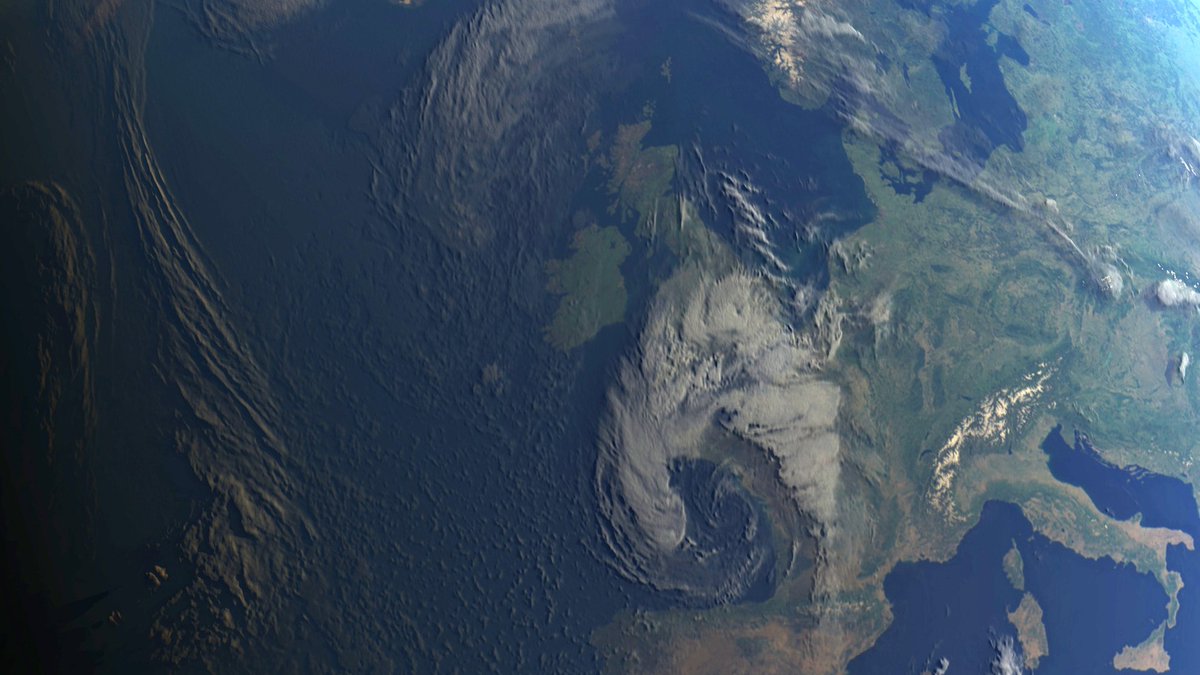 An unusually strong storm for this time of year is battering parts of Spain, France and Benelux on June 7, 2019, with wind gusts up to 150 km/h (93 mph). The storm was named Miguel on June 5 by the Spanish Met Agency. This is the 23rd named storm of the 2018/19 European windstorm season.

Almost entire France is under some severe weather warning, with 10 departments on orange alert.

Flooding is likely as well as power outages, meteorologists warned. 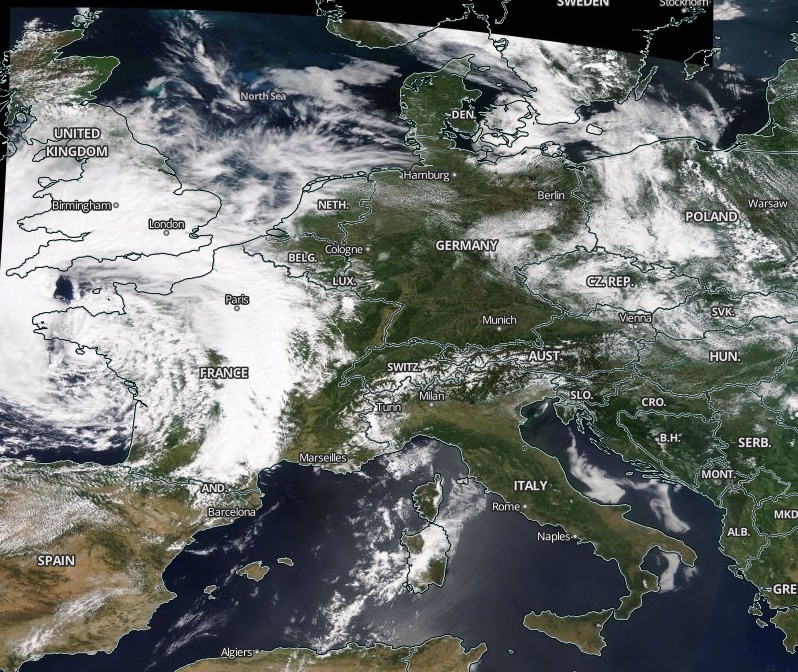 Enhanced risk has been issued for N France, Benelux into NW Germany with threat for severe winds, torrential rainfall, large hail and some tornado threat. A severe line of storms will develop along the front and rapidly push across the risk area from SW to NE direction in the afternoon hours. Strong LL shear / helicity ahead of the front could support tornadic storms as well. Damaging winds are possible. Enhanced risk has also been issued for W France into the Bay of Biscay and NW Spain with threat for severe to extremely severe winds, locally in excess of 130 km/h (80 mph), Severe Weather Meteorologists said. 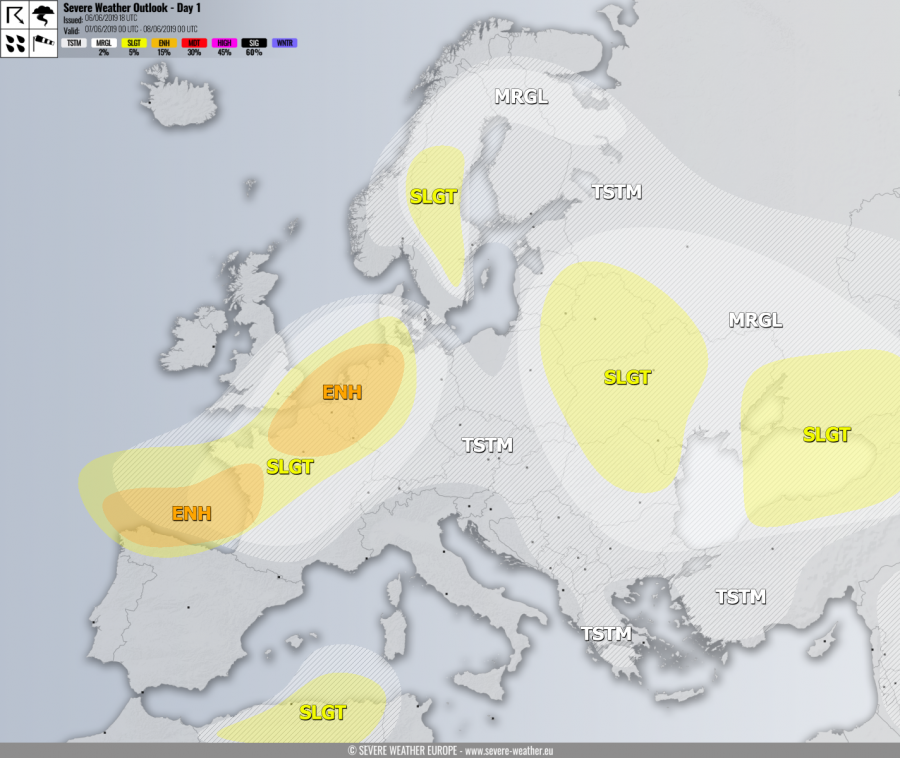 According to the BBC, Miguel has already ravaged parts of the Netherlands, downing a tree on a building which turned out to be one of the biggest cocaine labs ever discovered in the country.

The development of #StormMiguel over the last couple of days in the E Atlantic, affected N Spain, now France and into the UK. Animation using images from SSEC RealEarth pic.twitter.com/TVZVzxbjwg