At least 33 tornadoes were reported Tuesday, April 30, 2019 as violent storms swept across much of the Central United States.

Several damaging tornadoes were reported across the region, as well as heavy rain (week's worth in just several hours in Oklahoma City). 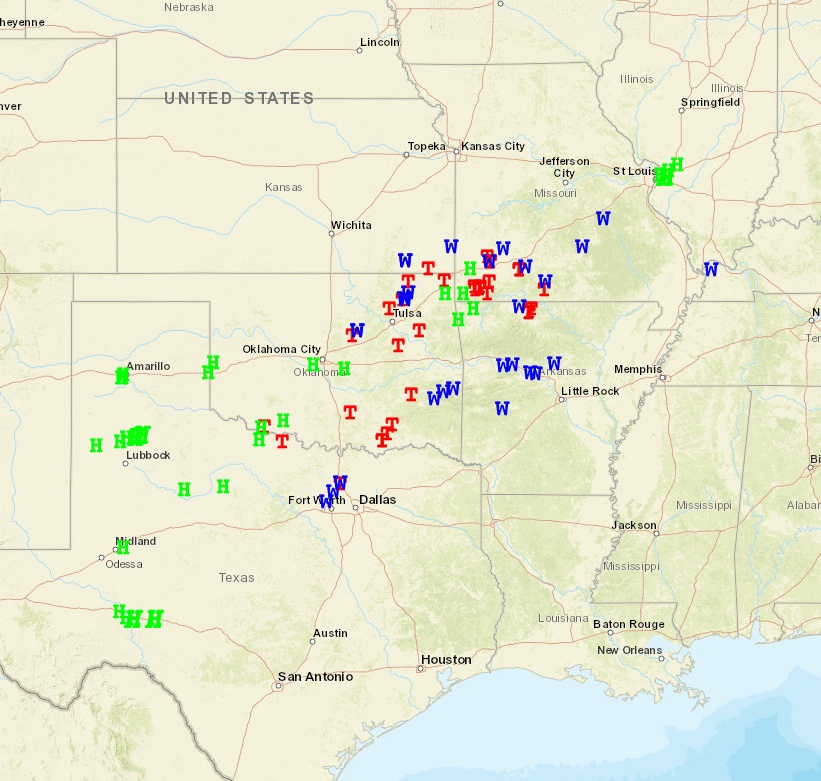 A slow moving and elongated front from Texas to the Ohio Valley will continue to produce areas of severe thunderstorms (damaging winds and large hail) and heavy to excessive rainfall (possible flooding) over the next couple of days, NWS warns.

An active weather pattern is forecast to continue through the end of the week from the Southern Plains to the Midwest and Ohio Valley along a nearly stationary frontal boundary, NWS forecaster Hamrick noted May 2.

Multiple waves of low pressure are expected to form along this boundary and these are expected to produce mesoscale convective complexes with enhanced rainfall. Numerous showers and storms are expected to continue regenerating in the vicinity of this front with the best prospects for heavy rainfall from central Texas to southern Illinois, with amounts on the order of 25 to 50 mm (2 to 4 inches) likely for some areas.

There is a slight risk of excessive rainfall across parts of these areas where the threat of flash flooding is greatest over the next couple of days. Some severe thunderstorms will also be possible, with the best prospects for these across Texas and also the Ohio Valley based on the latest SPC forecasts.

The frontal boundary should slowly progress southward on Friday, but heavy rainfall will continue to be a threat across parts of central and eastern Texas.

The eastern part of this boundary crosses through the Mid-Atlantic and Northeast by the end of the week. This will also generate showers and storms in the warm and humid airmass ahead of it, with the potential for some strong to severe storms.

Elsewhere across the country, a weak surface low developing across the Florida peninsula on Thursday will bring an increased chance for heavy rain.

Amazing up-close footage was recorded via drone near Sulphur, Oklahoma:

Another damaging tornado was reported in Wheaton, Missouri's Newton County.

One of the areas hit hardest by a tornado Tuesday night was in-and-around the Waterford Subdivision in Ozark. Around 100 homes suffered some kind of damage, two-dozen had more severe damage.