February 25 was also the first time that a temperature of over 20 °C (68 °F) was recorded during winter.

Under clear skies temperatures will take a tumble tonight with a #frost likely in the countryside pic.twitter.com/6NTvCjwlDy

Bala, Gwynedd was the coldest spot in Wales this morning dipping to -2.3 °C but reached 20.0 °C today; a diurnal range of over 22 degrees  pic.twitter.com/skiwmg3pNC

"Yesterdays pattern indicated a very intense upper ridge, centered over the British Isles and the North Sea where strong subsidence within the ridge is resulting in incredibly warm airmass for the end of February," Severe Weather Europe meteorologists said. "The airmass is 10 – 15 °C (18 – 27 °F) warmer than average!" 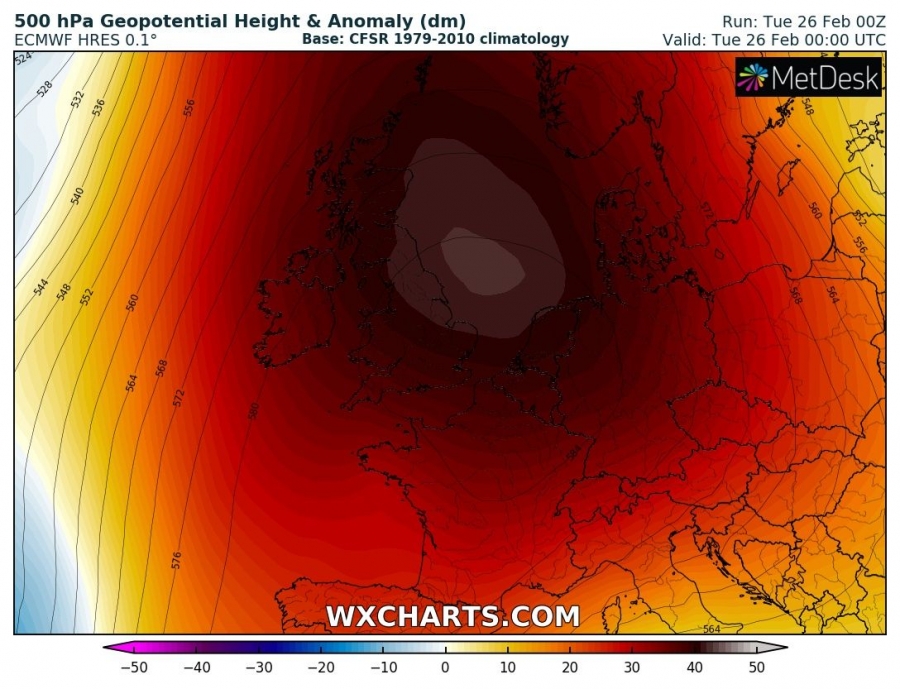 Unseasonably warm temperatures will continue over the coming days.