A seismic swarm started just SW of the Greek Santorini volcano on January 13, 2019. While there is currently no indication that the earthquakes are volcanic in origin, the situation merits close monitoring. The last eruption of this volcano took place in 1950 (VEI 2). A major catastrophic eruption (VEI 7) of this volcano took place in 1610 BCE (± 14 years). It was one of the largest volcanic events on Earth in recorded history. 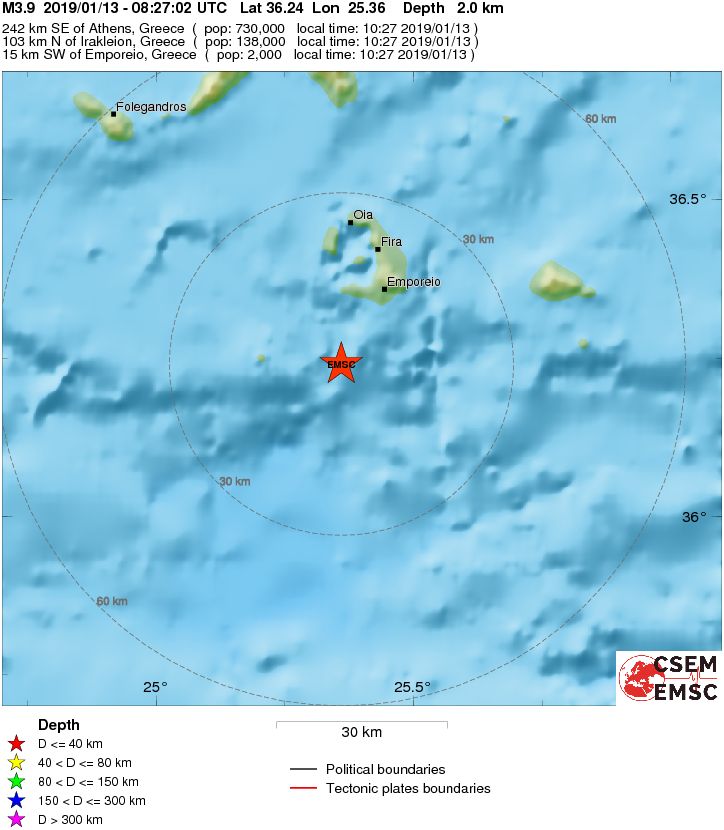 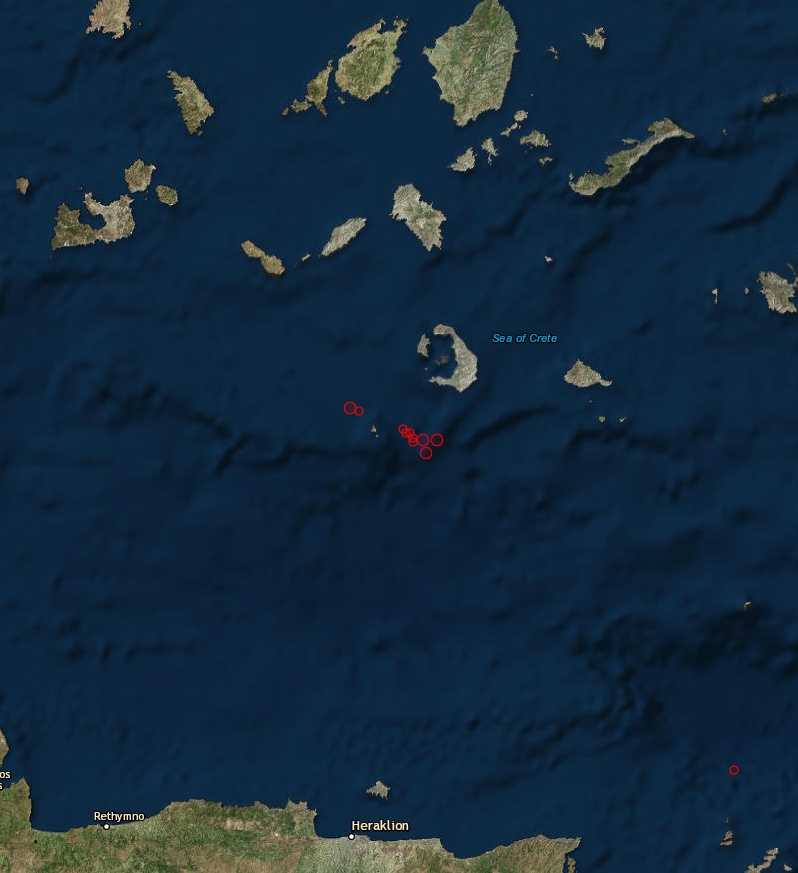 "The quakes are clustered about half way between Santorini's southwest end and the Christiana Island group," Dr. Tom Pfeiffer of the Volcano Discovery said.

"Although the quakes are near the Kameni line, a tectonic lineament in SW-NE direction which has been the preferred location for magma ascent (i.e. formation of volcanic vents) in the volcano's past few 100 000 years of history, there is currently no indication that the earthquakes are volcanic in origin," he said.

"It is much more likely that they represent a normal tectonic event. However, Santorini being both a popular tourist destination and an active volcano, the situation merits close monitoring."

The last eruptive phase of this volcano started on January 10, 1950 and ended on February 2 of the same year. The eruptive activity area was Nea Kameni (Liatsikas dome) (VEI2). 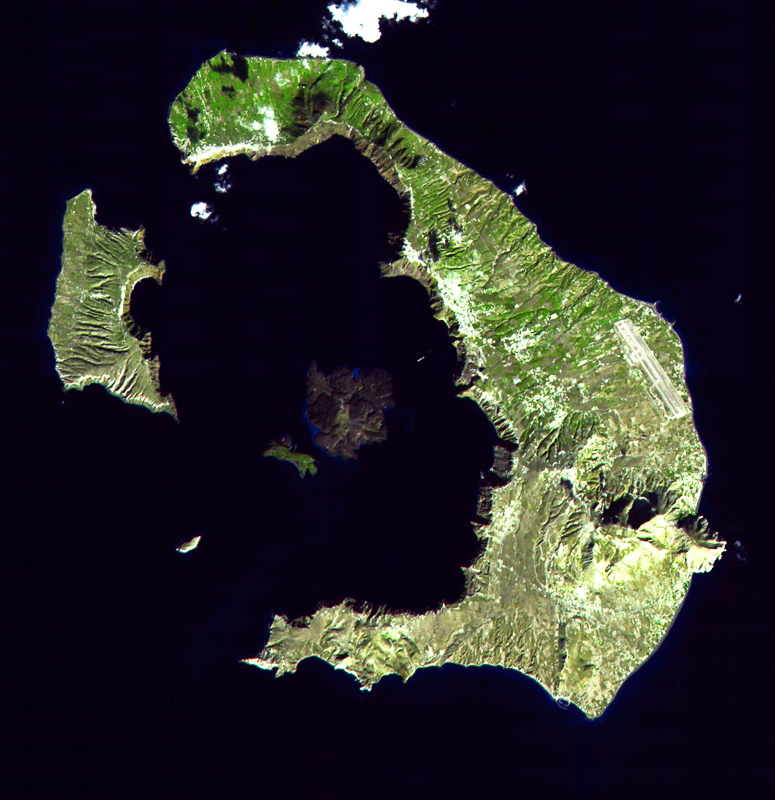 The dramatic mostly submerged caldera of Santorini volcano seen from space in this satellite image from NASA. The 11 x 7.5 km (6.8 x 4.6 miles) caldera was formed during at least four major explosive eruptions, the last of which occurred during the Bronze Age about 1650 BCE. The arcuate islands of Thira (right) and Therasia (left) form the outer flanks of the caldera. The darker area near the center of the caldera is Nea Kameni Island, which along with Palea Kameni Island to its left, is part of a post-caldera cone formed during historical eruptions dating back to 197 BCE. Credit NASA/ASTER

A major catastrophic eruption of this volcano in 1610 BCE (± 14 years), with a Volcanic Explosivity Index (VEI) of 7, is considered as one of the largest volcanic events on Earth in recorded history.

Renowned Santorini (Thera), with its steep-walled caldera rim draped by whitewashed villages overlooking an active volcanic island in the center of a caldera bay, is one of the scenic highlights of the Aegean.

The circular island group is composed of overlapping shield volcanoes cut by at least four partially overlapping calderas. The oldest southern caldera was formed about 180 000 years before present (BP), followed by the Skaros caldera about 70 000 years BP, and then the Cape Riva caldera about 21 000 years BP. The youngest caldera formed about 3 600 years BP during the Late-Bronze-Age Minoan eruption that forced abandonment of the thriving Aegean Sea island.

Post-Minoan eruptions beginning in 197 BCE constructed a series of lava domes and flows that form two islands near the center of the caldera. A submarine eruption took place in 1650 CE outside the caldera NE of Thera.

The latest eruption produced a small lava dome and flow in 1950, accompanied by explosive activity.