At least 27 people have been killed in Europe over the past couple of days after a series of intense storms swept over the region dumping extremely heavy rain. 12 people died in Spain's Mallorca, 1 in Italy, at least 15 in France and 3 in the UK.

More than 230 mm (9 inches) of rain fell on Mallorca, Spain's Balearic Islands on October 9, 2018, causing one of the worst flash floods the island has seen in 25 years.  The worst affected was the island's northeastern part. Average rainfall for the entire month of October in Mallorca is just 44.3 mm (1.7 inches).

The probability of 233 mm (9.17 inches) of rain falling in Colònia de Sant Pere [close to Sant Lorenç] in Mallorca, which was recorded on October 9, is one in a thousand years, Spain’s AEMET national weather service said in a preliminary report.

At least 12 people have been killed, 6 are missing, 3 were injured and another 200 forced to flee their homes.

Bodies of two people have been found in an overturned car stranded on the beach in Sainte-Maxime in southern France after the region recorded 210 mm (8 inches) of rain on the night of October 10 –  two month's worth of its normal rainfall in just one night.

This was just one of the several vehicles swept away by flash floods triggered by violent storms in the Var region.

The Italian island of Sardinia and parts of Liguria were on maximum red alert on Thursday, October 11 as storms swept across Italy's western coasts.

One woman was reported dead in southern Sardinia, where hours of heavy rain have swollen rivers dangerously high, flooding houses and sweeping away part of a motorway bridge. 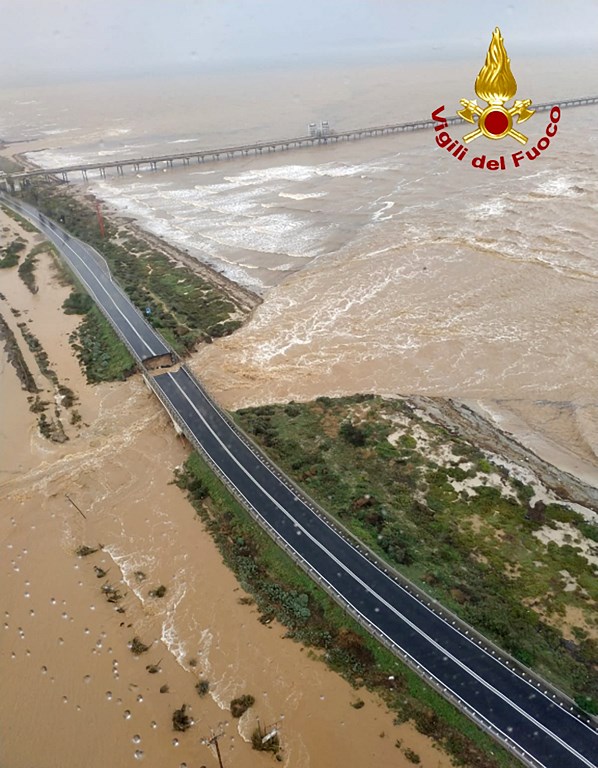 At least 3 people have been killed in the United Kingdom after heavy rain produced by Storm "Callum" caused dangerous flash flooding on October 12 and 13.

Wales experienced its worst floods in 30 years and lost two of its residents. Both were swept away by raging floodwaters in separate incidents. The third victim was a man swept away in East Sussex, South East England,

Thousands of homes were left without power as winds in excess of 110 km/h (70 mph) swept over the region.

Around 60 000 homes and businesses lost power in neighboring Ireland.

Meteo France issued Red alert for rain and flooding for the department of Aude in southwestern France early Monday, October 15, 2018. The region received exceptional amounts of rain in several hours, causing major flash flooding in which at least 13 people lost their lives.

The Aude river has already reached flood levels not seen in 100 years. The rain was produced by remnants of Hurricane "Leslie."