A faint and slow-moving CME was first seen in LASCO coronagraph imagery at approximately 22:00 UTC on August 20. The source for this CME is unclear, SWPC forecasters said August 21, calling for a glancing blow and negligible impact due to CME's lack of density and slow nature.

Radio – HF (high frequency) radio may be intermittent. Aurora – Aurora may be seen as low as Pennsylvania to Iowa to Oregon. 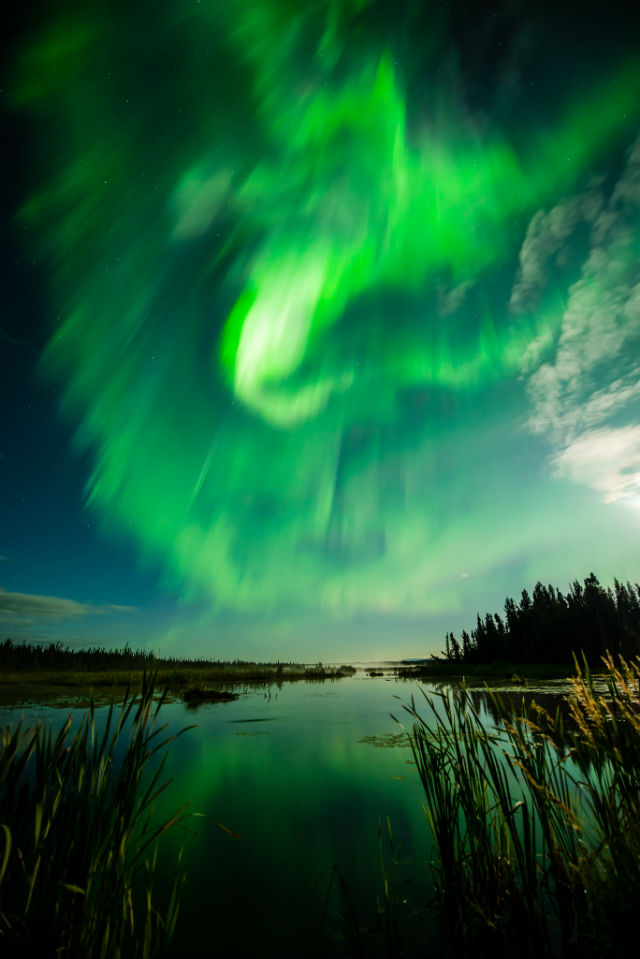 The level of disturbance this CME caused just a couple of hours after its arrival is not surprising if you take into account the current state of our weakened geomagnetic field. 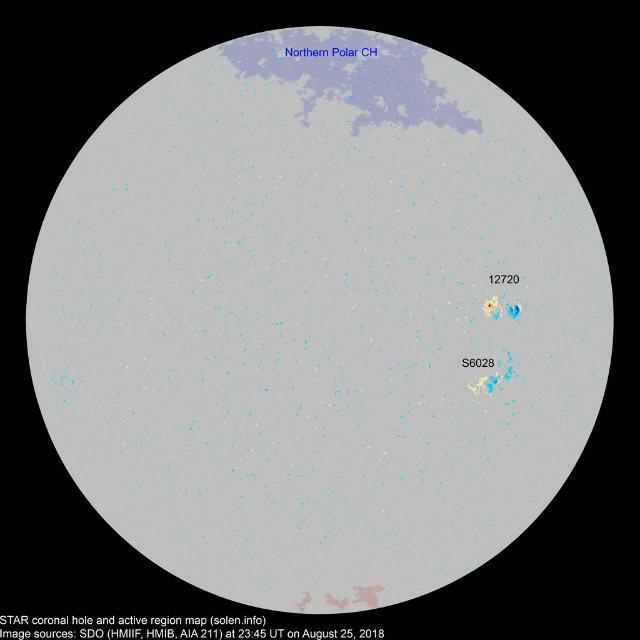 There is an interesting new sunspot on the Earth-side of the Sun, AR 2720 numbered on August 24.

The magnetic polarity of this region is reversed, its north and south ends are backward compared to the polarity of normal sunspots in the current solar cycle (SC24).

"Could this be the first big sunspot of the next solar cycle, popping up now in the middle of solar minimum?" Dr. Tony Phillips of SpaceWeather noted. 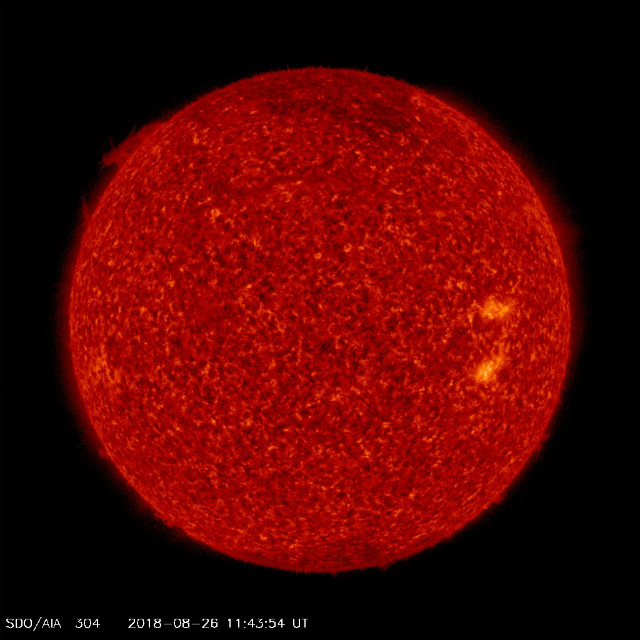 Solar activity was very low over the past 24 hours and is expected to remain at those levels, with a slight chance for C-class flare activity, over the next three days.

The greater than 2 MeV electron flux reached high levels, with a peak flux of 1 930 pfu observed at 18:50 UTC on August 25. The greater than 10 MeV proton flux was steady at background levels.