The current eruption at Kilauea is unprecedented in scope and size in the past 200 years, the Hawaiian Volcano Observatory deputy scientist-in-charge Steve Brantley said Tuesday, July 16, 2018.

"What we are observing now is unprecedented in the past 200 years in terms of size and scale, but not in terms of process," Brantley said. "This has occurred before, particularly during the 19th century when there were multiple collapses of the summit area and eruptions down in the East Rift Zone. At least one large in 1840."

"This is also the largest sequence of collapse events that we've observed in the past 200 years," he said.

In the middle East Rift Zone, Puʻu ʻŌʻō erupted for 35 years. That was the longest eruption in the whole East Rift Zone in over 500 years and it probably set up the conditions that were ripe for lava or magma to be able to travel underground all the way from the summit to this area. 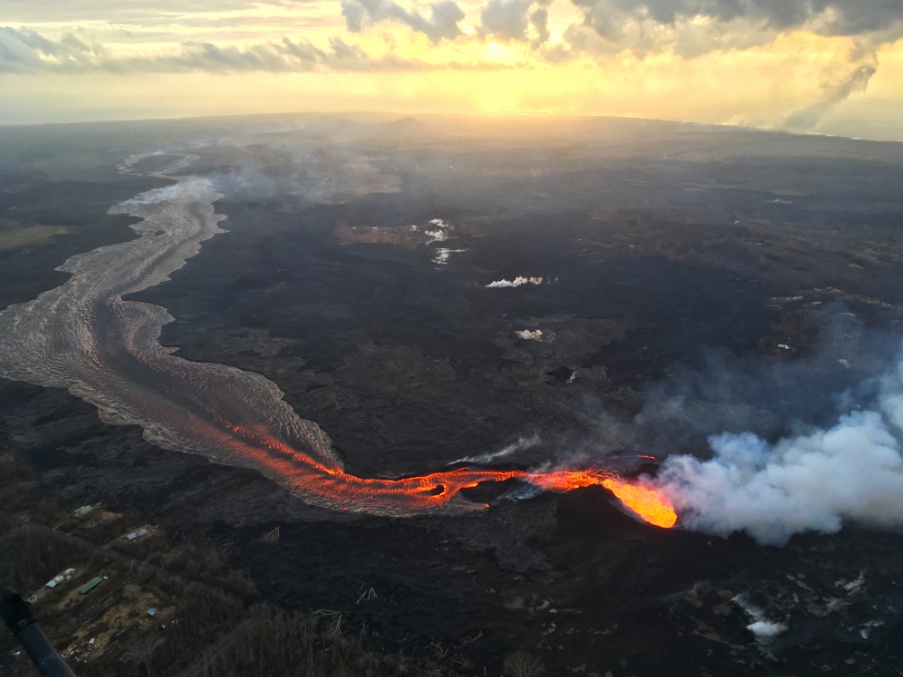 In the lower East Rift zone, this is the most voluminous eruption in the past 200 years. "It is the highest eruption rate that we've measured for Kilauea and is many many times larger or higher than the eruption rate for Puʻu ʻŌʻō and that's why there is so much darn lava pouring across the ground every day, every week."

In addition, the emission rates of SO2 are highest ever measured at Kilauea.

See the rest of what Brantley had to say in the video below: