Some 9 000 people are estimated to have felt light shaking. 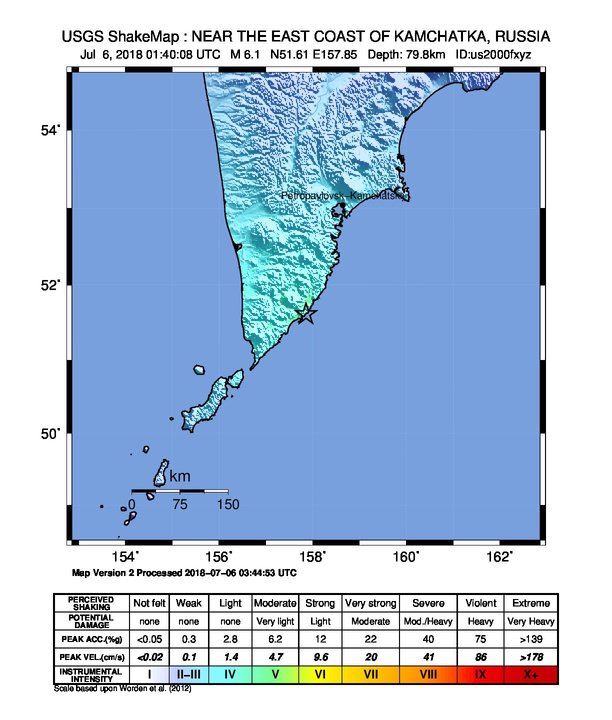 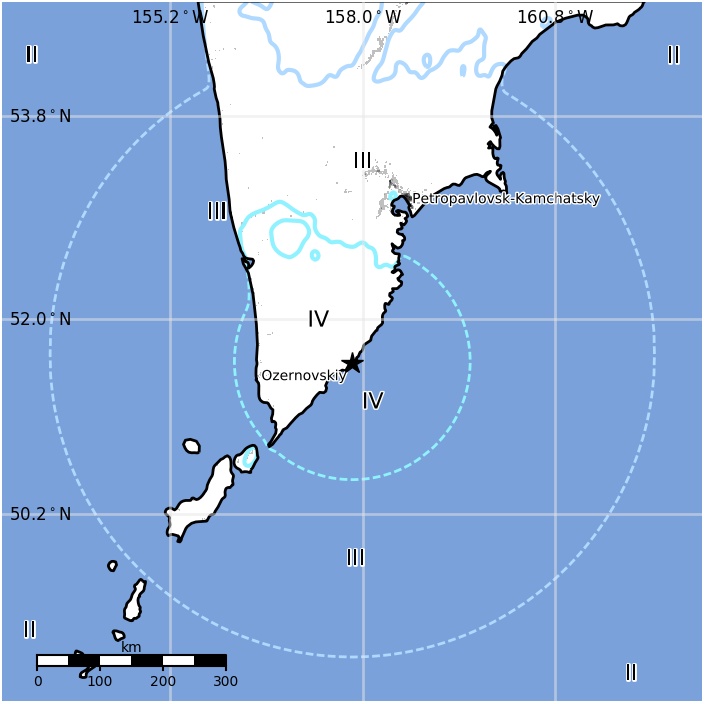 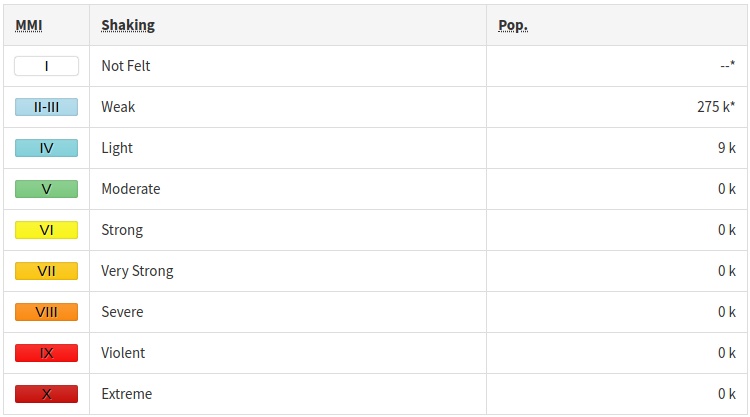 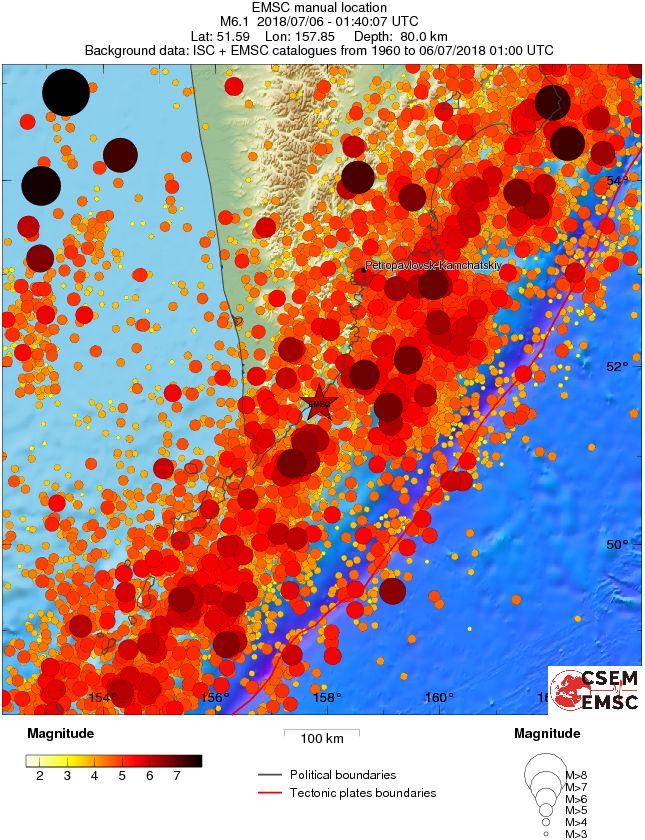 While most large earthquakes along the Kuril-Kamchatka Arc occur at shallow or intermediate depths, the region also hosts large events that rupture at depths greater than 300 km. The most significant of these deep-focus earthquakes to date was the May 24, 2013 M 8.3 event beneath the Sea of Okhotsk, currently the largest deep-focus earthquake on record. The earthquake occurred as the result of normal faulting within the subducted Pacific slab approximately 600 km below the Earth's surface, and was felt as far away as Moscow, Russia, nearly 6,500 km to the west. (USGS)