Over 300 homes have been destroyed after several big cracks opened in Uganda's Namisinfwa district over the past couple of days.

According to NTV Uganda, the cracks developed in Bupoto Sub County and Namisindwa town following heavy rain in the region.

They go right through people's houses, gardens and bridges, local authorities said, adding that water is coming out of some of the cracks, causing a lot of erosion and cracks in houses.

Dozens of people have been evacuated.

MPs have not been of help but if they heard there were dead people, they would hurry up to help, one of the locals said.

The events follow similar cracks in neighboring Kenya over the past two months. However, at this time they are nowhere near as large as those in Kenya.

Both countries sit on East African Rift, an active continental rift zone in East Africa which consists of two main branches. The Eastern Rift Valley (also known as Gregory Rift) includes the Main Ethiopian Rift, running eastward from the Afar Triple Junction, which continues south as the Kenyan Rift Valley. The Western Rift Valley includes the Albertine Rift, and farther south, the valley of Lake Malawi. To the north of the Afar Triple Junction, the rift follows one of two paths: west to the Red Sea Rift or east to the Aden Ridge in the Gulf of Aden.

The rift represents a narrow zone where the African Plate is in the process of splitting into two tectonic plates, called the Somali Plate and the Nubian Plate, at a rate of 6 – 7 mm (0.24 – 0.28 inches) annually. 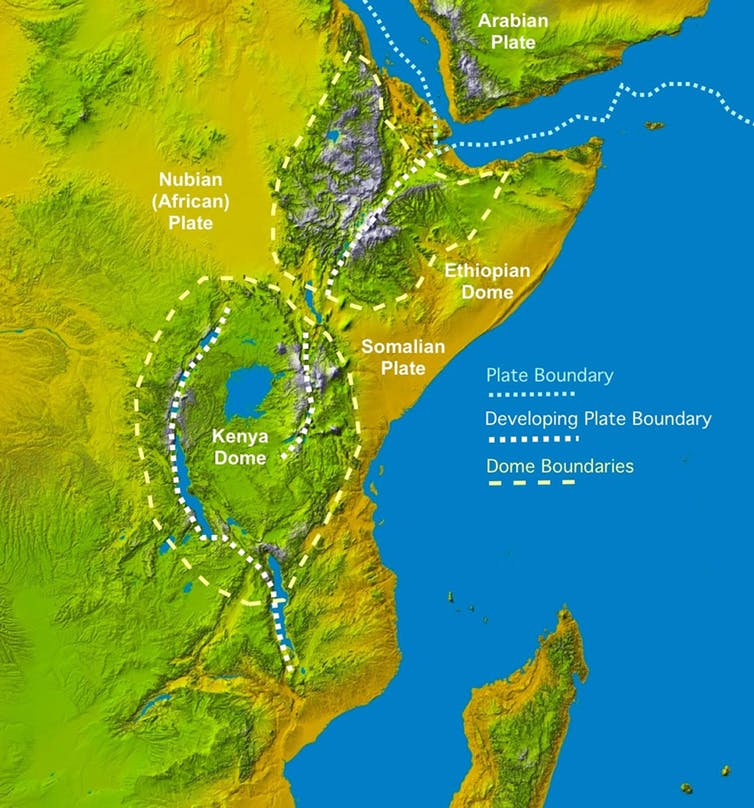