At 23:23 UTC on May 15, USGS volcanologists upgraded Kilauea's warning code from orange to red, because of increased ash emissions from the summit crater. Aircraft traveling near Hawaii are warned to avoid small ash clouds.

As of early May 15 (local time, UTC -10), eruption of ash from the Overlook vent within Halemaumau crater at Kilauea Volcano's summit has generally increased in intensity. Ash has been rising nearly continuously from the vent and drifting downwind to the southwest. Ashfall and vog (volcanic air pollution) has been reported in Pahala, about 29 km (18 miles) downwind. NWS radar and pilot reports indicate the top of the ash cloud is as high as 3 – 3.6 km (10 000 to 12 000 feet) above sea level, but this may be expected to vary depending on the vigor of activity and wind conditions.

Ash emission from the Kilauea summit vent will likely be variable with periods of increased and decreased intensity depending on the occurrence of rockfalls into the vent and other changes within the vent. At any time, the activity may become more explosive, increasing the intensity of ash production and producing ballistic projectiles near the vent.

Eruption of lava continues from at least three fissures in the East Rift Zone, including a new one that widened near #19 early on May 15th. Residents in lower Puna should remain informed and heed Hawaii County Civil Defense closures, warnings, and messages.

Light ashfall has been reported on Highway 11 and in the Ka'u district records and air quality problems are also possible.

A Special Weather Statement has been issued again today detailing the possibility of light ash and hazardous air quality in the Kau district on the Big Island. #hiwx #vog #kilauea #volcano #lava

The National Weather Service in Honolulu has issued an ashfall warning for the region southwest of Kilauea, including the cities of Wood Valley, Pahala, Punaluu, Naalehu, and Hawaiian Oceanview Estates. 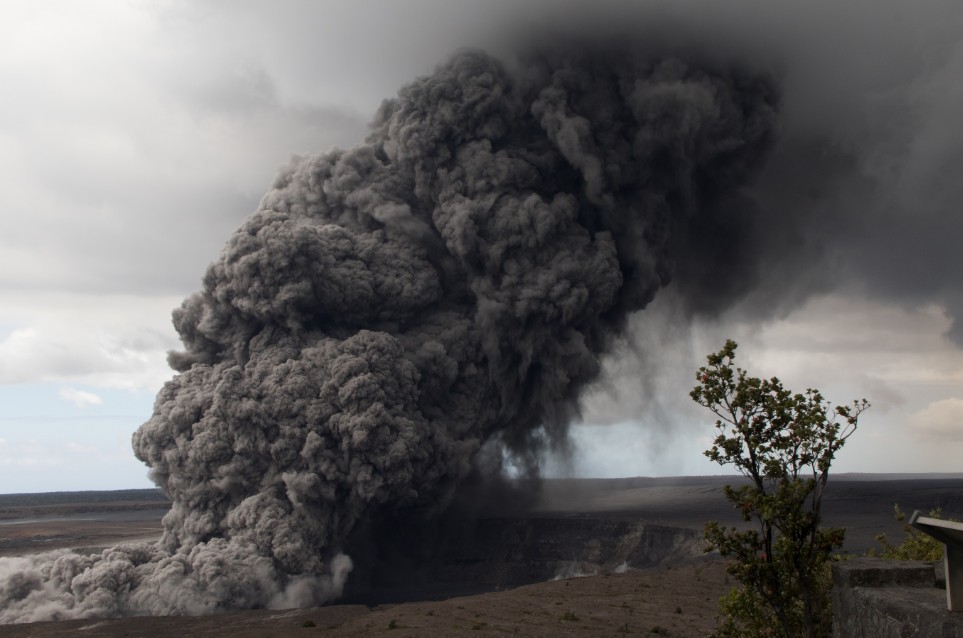 Photograph from the Jaggar Museum, Hawai`i Volcanoes National Park, captures an ash plume rising from the Overlook crater on May 15 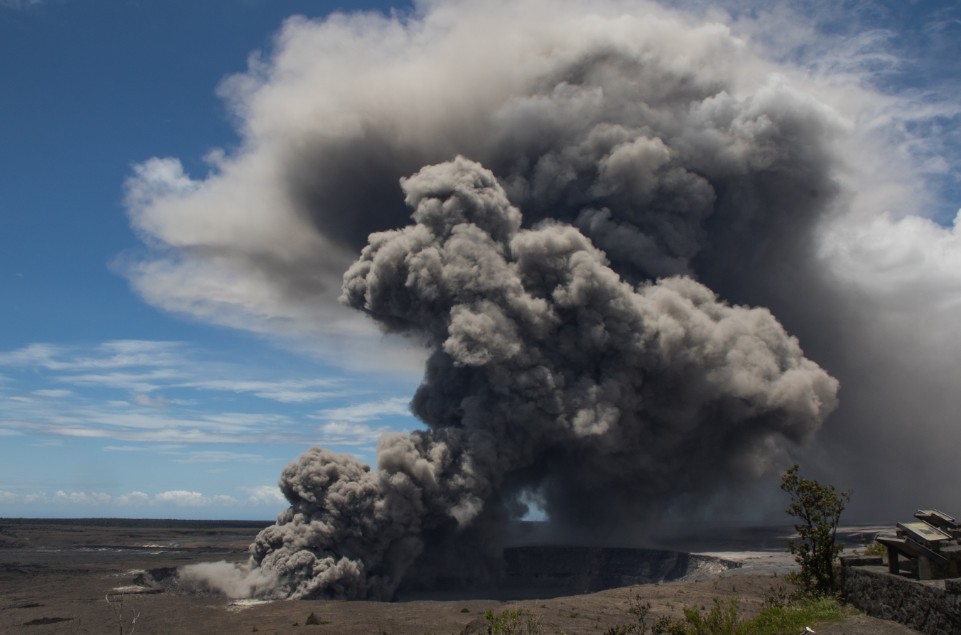 Activity at Halema‘uma‘u crater increased this morning to include the nearly continuous emission of ash with intermittent stronger pulses that form occasional higher plumes. Credit: USGS/HVO

In the East Rift Zone, eruption of lava continues from at least three fissures, including at least one new fissure that opened up near #19 early on May 15. Volcanic gas emissions are elevated, and a Code Red air quality alert is still in place for the southeast part of Lanipuna Gardens.

Efforts are underway to cool down and then plug three active geothermal wells at the Puna Geothermal Ventures Plant, which sits near the fissure zone. Once sealed, hydrogen sulfide and other geothermal material will not be affected if lava flows over it.

Fortunately, the advancing Fissure 17 lava flow, which has traveled almost 2 kilometers (1.5 miles), has slowed down, traveling less than 400 meters (1200 feet) in the last day, according to USGS representatives at a media conference on May 15, which is available online.

During the conference, meteorologists said that trade winds will diminish on May 16, and regions around the volcano and farther inland will experience more ashfall and volcanic fumes. Towards the end of the week, the winds will return to carry these hazardous volcanic materials back out to sea. 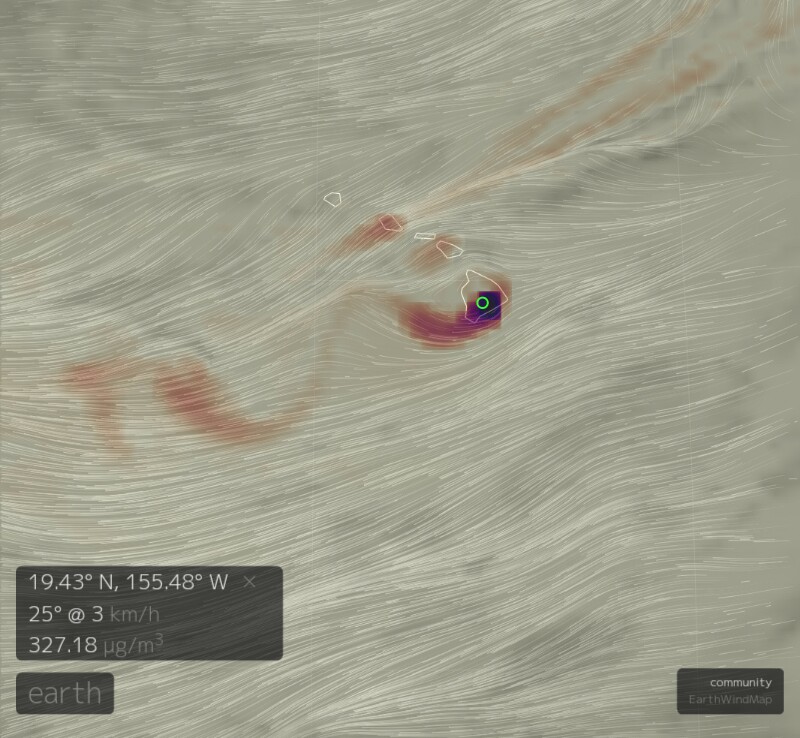 Current trade wind flow and SO2 emissions from Kilauea from the online Earth wind map.

Events are unfolding quickly at Kilauea Volcano today, and this article may be updated.