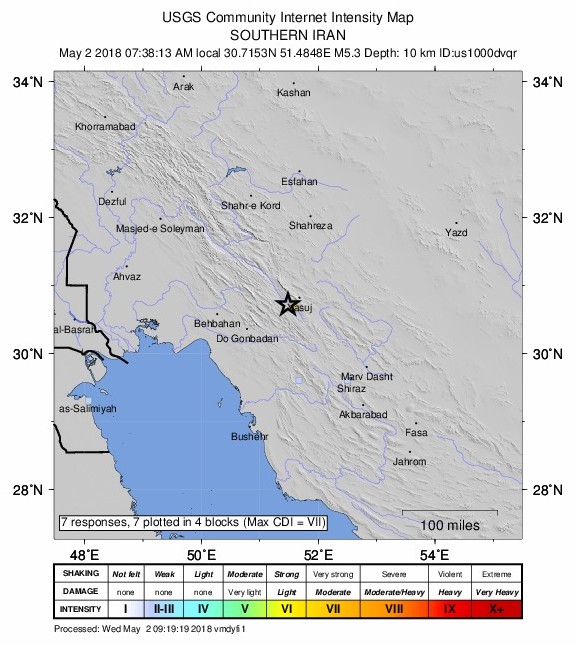 Iranian officials said 76 people were injured in the city of Sisakht (population 10 000) which suffered extensive damage. Sisakht is located 10 km (6.2 miles) away from the epicenter and 160 km (100 miles) northwest of the city of Shiraz.

The quake reportedly sent panicked people rushing out to the streets.

Shortly after the quake, Jalal Pouranfard, the head of provincial emergency services, said 18 people were transferred to medical centers and another 13 received treatment.

Iran sits on major fault lines and is prone to earthquakes.