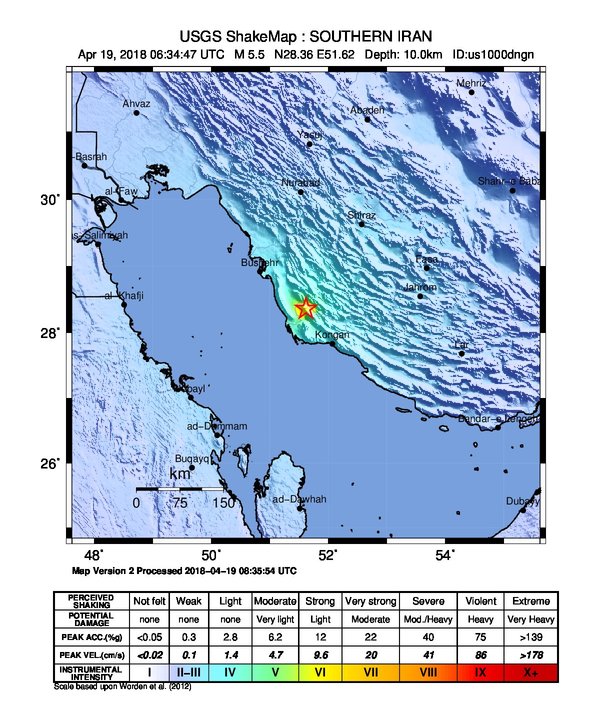 The quake was felt in Bahrain and other areas of Persian Gulf but there were no immediate reports of damage or injuries.

Iranian state TV did not report any damage at Bushehr plant, which has seen other earthquakes in the past and is built to resist damage from a temblor.

The Iran Red Cross described the epicenter as being in a sparsely populated area.