Tropical Storm "Eliakim" formed 02:00 UTC on March 15, 2018 east of northern Madagascar as the 6th named storm of the 2017/18 South-West Indian Ocean cyclone season. Eliakim's current forecast track takes it right over northeastern Madagascar on March 16 and 17. The first peripheral bands of Eliakim are currently reaching the northeastern Malagasy coasts. The weather conditions will continue to worsen and will become particularly dangerous Friday during its landing. 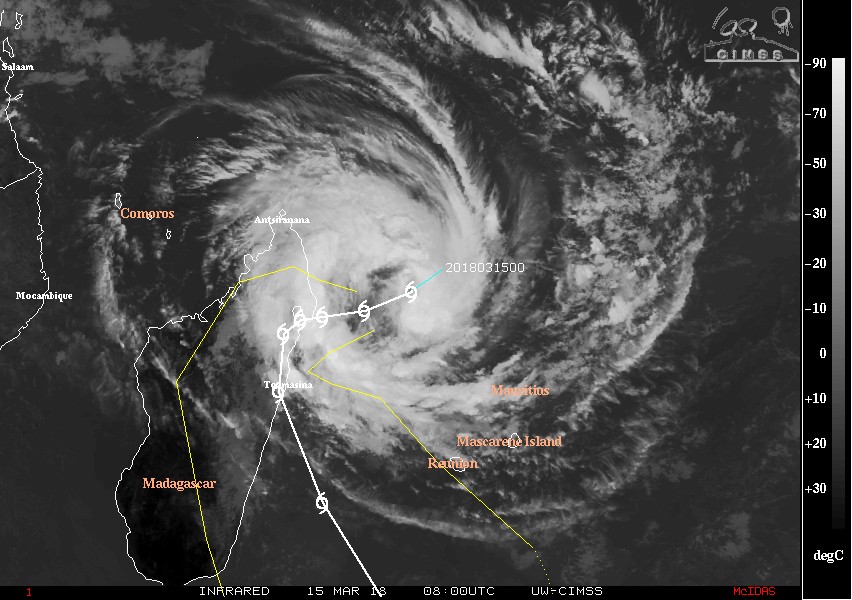 Over the past 24 hours, a band of strong convection wrapped around the circulation center, gradually increasing the Dvorak intensity estimations, RSMC La Reunion reported 06:00 UTC today. As a consequence, the National Meteorological Service of Madagascar proceeded to the naming of the storm at 02:00 UTC this morning.

"Eliakim remains steered by a mid-level ridge in the south-east and continues to track WSW until its landing on Madagascar Friday in the region of the Masoala Peninsula and Île Sainte-Marie.

During its passage over land, Eliakim should turn south-eastward as the ridge gradually shifts eastward and a mid-latitudes trough arrives from the south-west. Sunday, the weakened system should come back over the sea on Sunday, March 18 and continue to track generally south-eastward.

The available guidance is now in rather good agreement over this scenario, the center said. 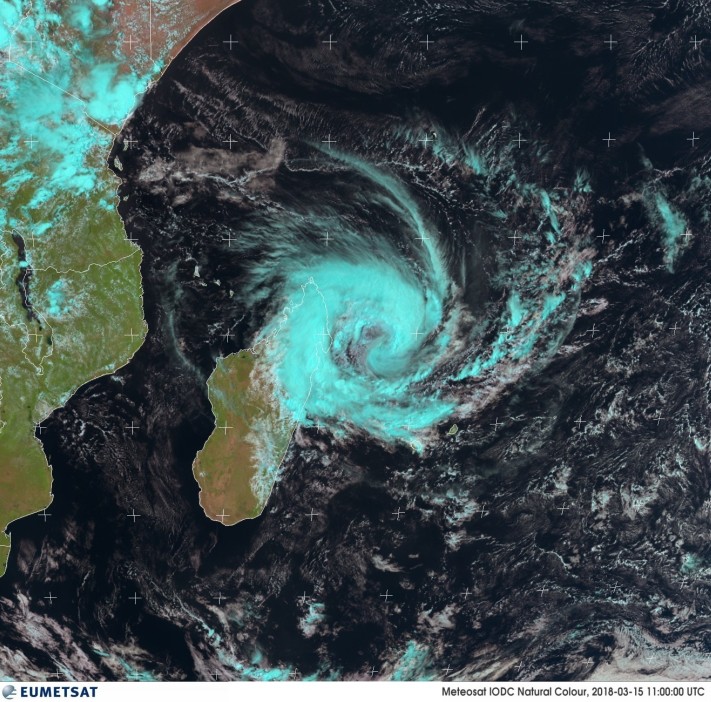 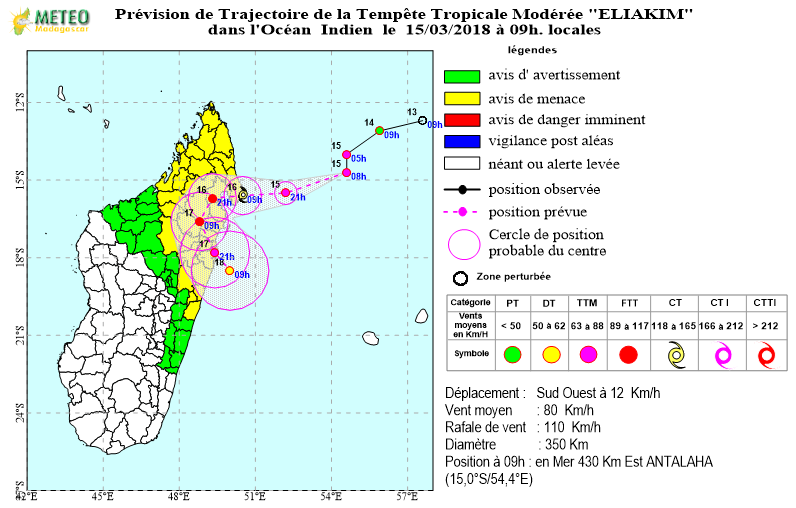 The environment remains conducive for further intensification of the system until its landing on the Malagasy north-eastern coasts Friday or Saturday morning, thanks to a great upper divergence. However, the wide inner core structure should prevent a rapid deepening.

The system could reach the minimal tropical cyclone stage before landing but will weaken once overland. Sunday evening, as Eliakim should have just come back over the sea, the strengthening of a north-westerly shear ahead of an upper trough should strongly limit its re-intensification.

The first peripheral bands of Eliakim are currently reaching the northeastern Malagasy coasts. The weather conditions will continue to worsen and will become particularly dangerous Friday during its landing. 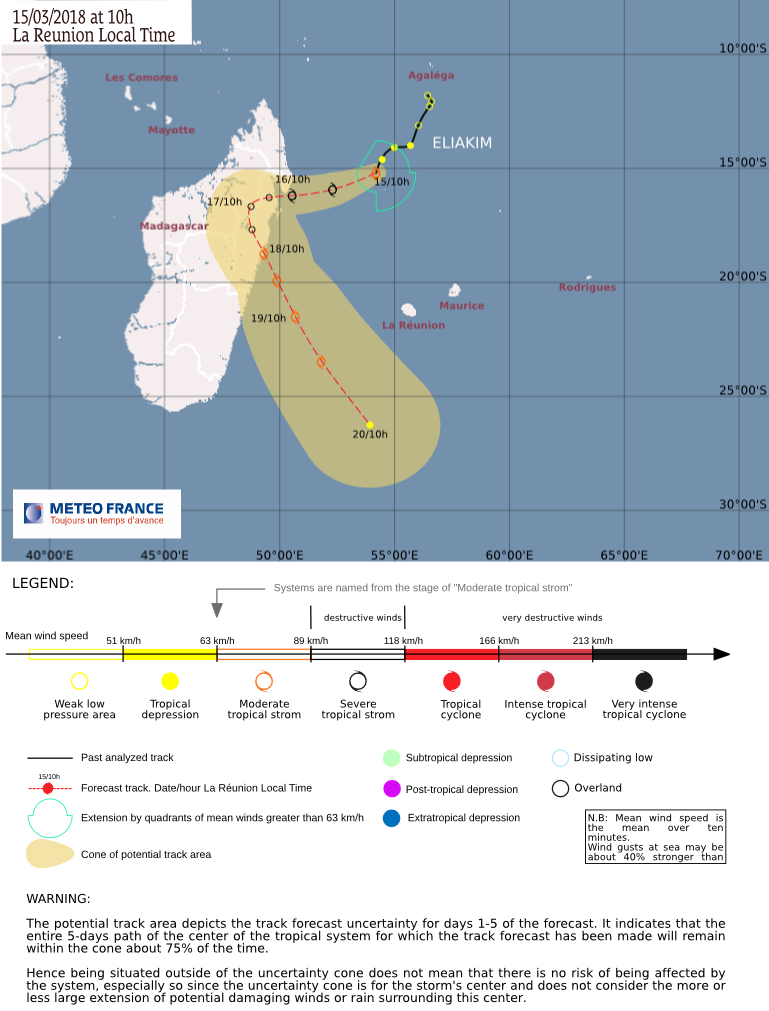