A seismic swarm is in progress along the coast of northern New South Wales, Australia since Friday, January 19, 2018, raising fears that a bigger earthquake might hit the region. Authorities say that while they can't rule out a bigger one, they don't see it likely.

The strongest so far was M4.2 at a depth of 10 km with epicenter located just off the coast of Nambucca Heads. The quake hit at 02:28 UTC on January 24 (13:28 local time). There are no reports of injuries and no threat of a tsunami. Locals reported minor damage (cracked walls) and said the shaking lasted between 10 and 15 seconds.

"It's not unusual to get a swarm of earthquakes when stresses exceed the strength of the rock," Geoscience Australia said, adding that they continue to receive felt reports from Scott's Heads (south of M4.2 earthquake). These, however, are too small and cannot be located accurately by our instruments, the agency added.

Geoscience Australia seismologist High Glanville said earthquakes in this region are rare. "It's pretty unusual… we haven't had a swarm in that area for a long time. 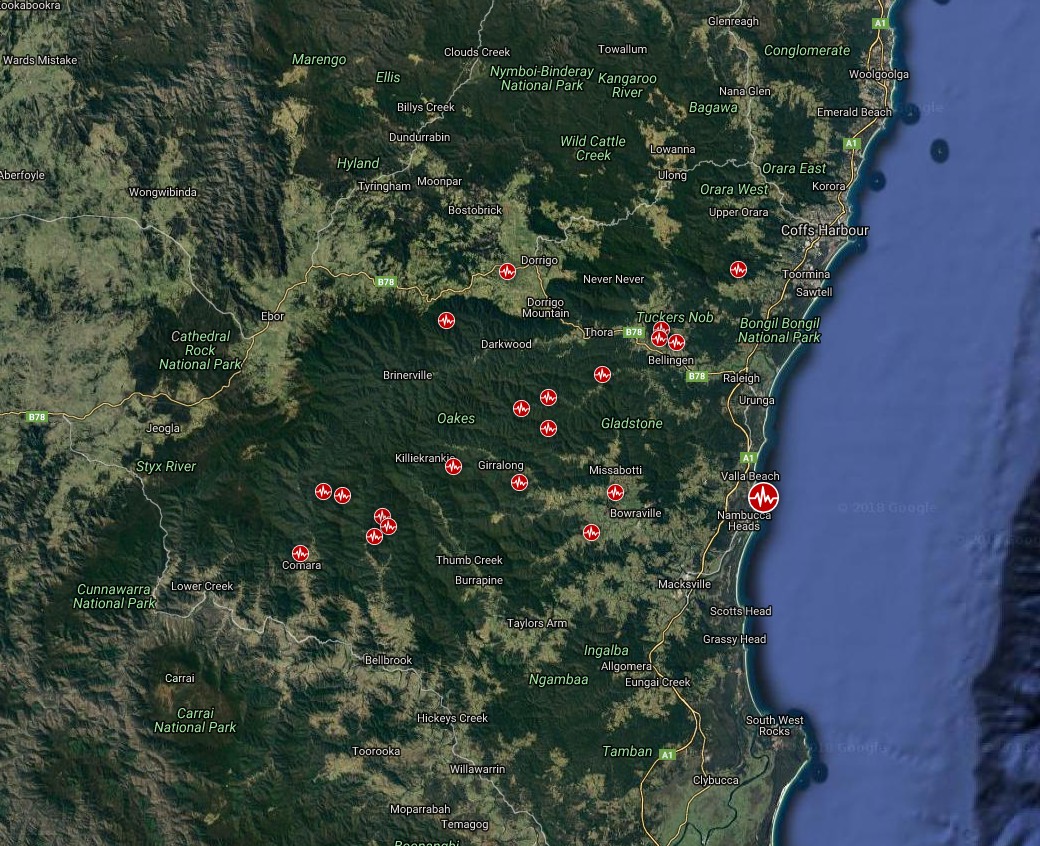 Seismologist Phil Commons told ABC that it's difficult to say what will happen in the future.

"There is a pattern, a well-known pattern, of foreshocks – small earthquakes can build up to bigger ones, but we don't really see that happening here," Commons said. "It's just a swarm where we will get dozens, possibly hundreds of them and they'll just eventually die out."

On average, New South Wales sees between 100 and 200 small earthquakes each year.