Snow Day | January 21st update
110cm in the last 24 hours with more snow forecasted overnight. Crews have been working hard – check out our big snow day video update to see what is planned for tomorrow. UPDATE: the road for downhill traffic is clear. pic.twitter.com/we6JJNMbYf

"One of the largest reasons we were not able to open today is that we had a few naturally occurring avalanches which make the human triggered avalanche possibility quite high,"  said Sheila Rivers Mt. Washington marketing manager.

The resort reopened four of its lifts on Monday, with 44 of the resort’s 81 trails available for use. However, as of Monday afternoon, the Vancouver Island Avalanche Centre is still advising against travel to the area.

"Don’t do it! Widespread evidence of natural avalanche activity is a great indicator of significant snow instability. We just witnessed a massive blizzard that dumped huge quantities of snow (90 – 120 cm fell overnight Saturday-Sunday alone with massive winds)," the center warns.

"This snow will take significant time to gain stability and strength. Slight reprieve from the torrent on Monday is no excuse to stick your neck out into the GNAR. Just because you can see it, does not mean you should ski (snowboard, sled) it! Stick to low angled treed slopes, heck that is where all the soft pow is anyways, the big open slopes and bowls are all wind pressed. Moderate snowfall will continue to load and destabilize slopes during this forecast period with the largest gains Tuesday into Wednesday morning. Strong winds from the southeast to southwest have and will continue to make northwest to northeast slopes in the alpine, treeline and open below treeline extremely dangerous." 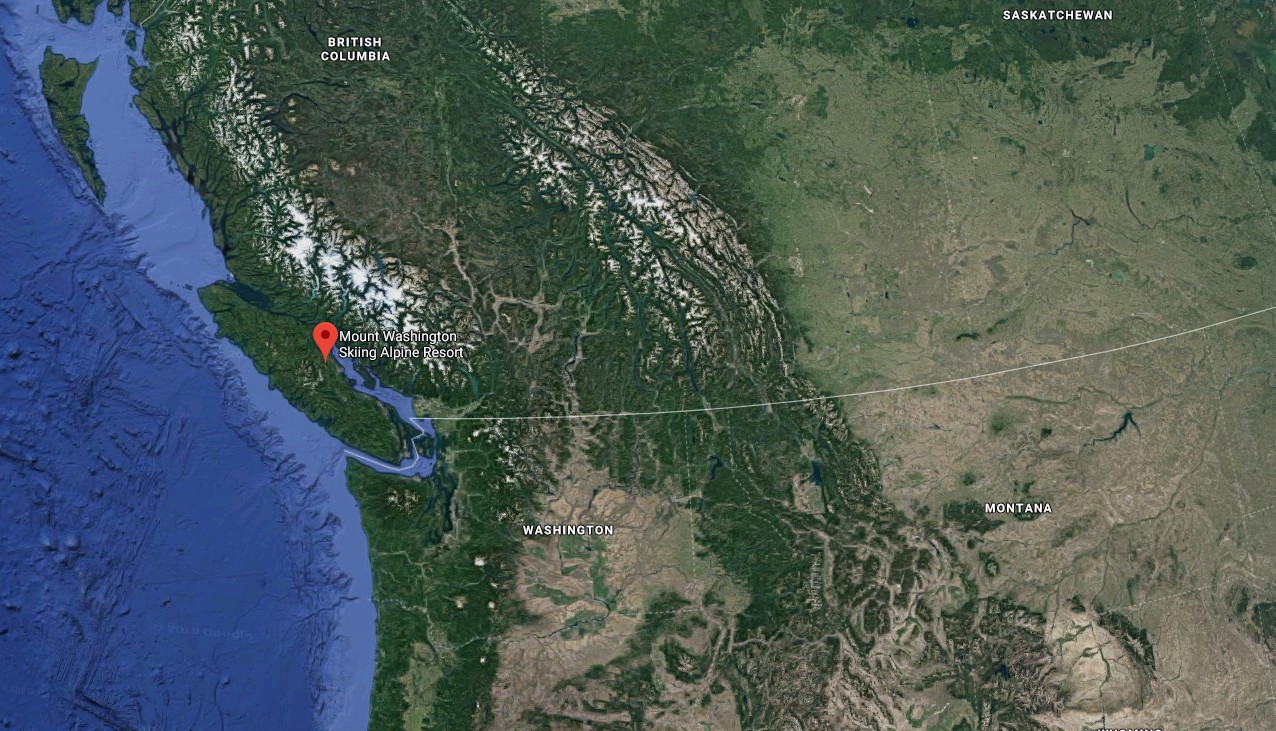 More snow is expected through the rest of the month. Check the location of the resort on the map above, and play the total snowfall accumulation model below: