A massive sinkhole opened up on a farm near Alegre district in the municipality of Coromandel, Minas Gerais, Brazil this month. The region is known for its susceptible limestone.

The hole was discovered early November 6 by employees of a farm in which it opened. They said the sinkhole, between 20 and 30 m (65 – 98 feet) in diameter, opened overnight, in the middle of the soy field. The depth is estimated at 20 m (65 feet).

Federal University of Uberlândia geologists visited the sinkhole and concluded it is most likely caused by the dissolution of the underlying bedrock. Professor Adriano dos Santos said sinkholes in this region are common, adding that they usually appear gradually. "However, in this case, the sinkhole appeared suddenly and drew the attention of specialists," Santos said. 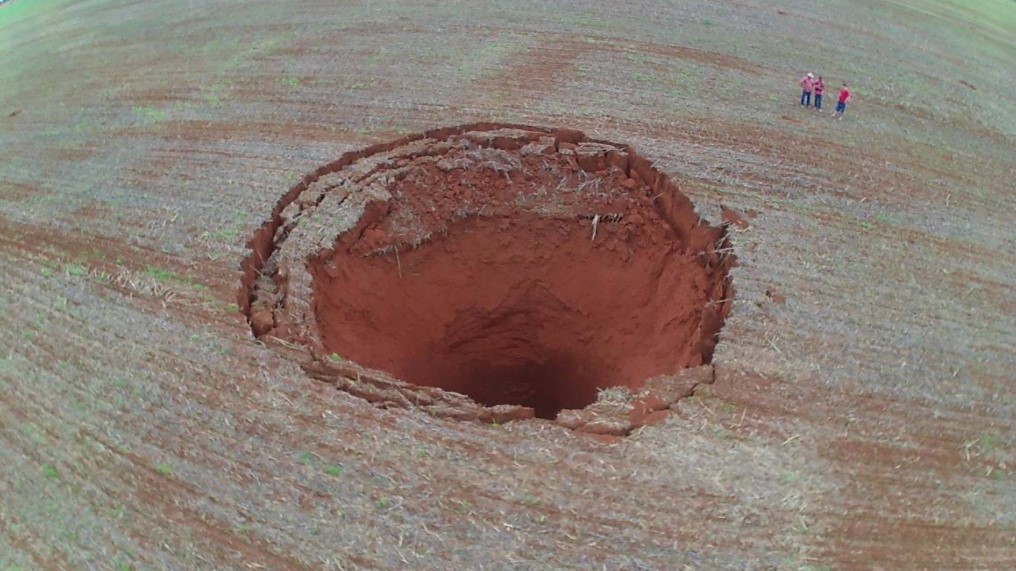 The sinkhole was discovered on the morning of November 6, 2017. Image courtesy Municipality of Coromandel, Diogo Tudela 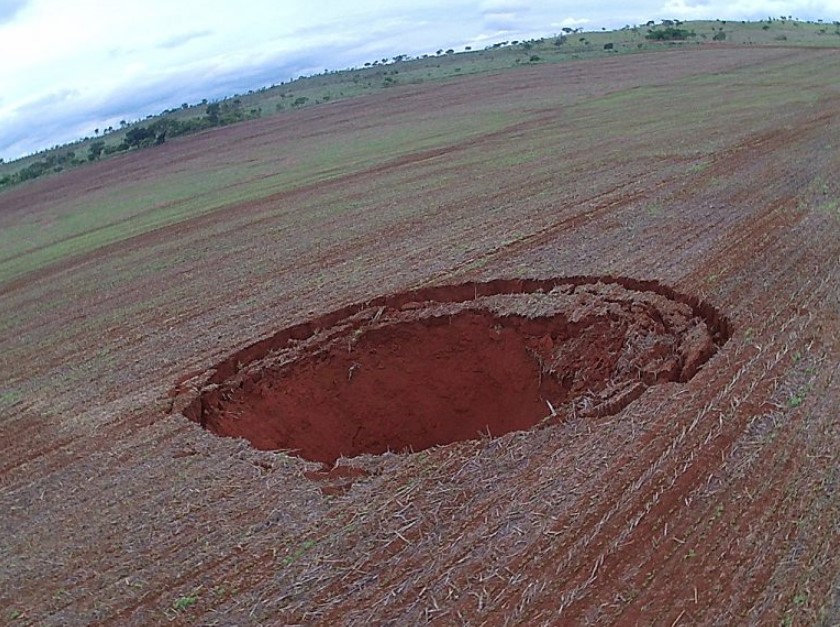 Municipality of Coromandel officials said the area has since been isolated to prevent people and animals from falling in. Specialists will continue monitoring the hole until it stabilizes.

Santos said that a nearby tourist attraction, the "Poço Verde/Green Well" is an old sinkhole that has since turned into a small lake.