A bright daylight meteor was observed and recorded disintegrating over Long Island, New York at around 19:00 UTC (15:00 EDT) on October 18, 2017. The event reportedly lasted from 3.5 to 7.5 seconds. One user reported seeing it for about 20 seconds.

The American Meteor Society (AMS) received 136 reports by 11:00 UTC on October 19 and made a preliminary 3D trajectory.

There were no reports of a sound associated with the event but 19 people said they saw fragmentation. 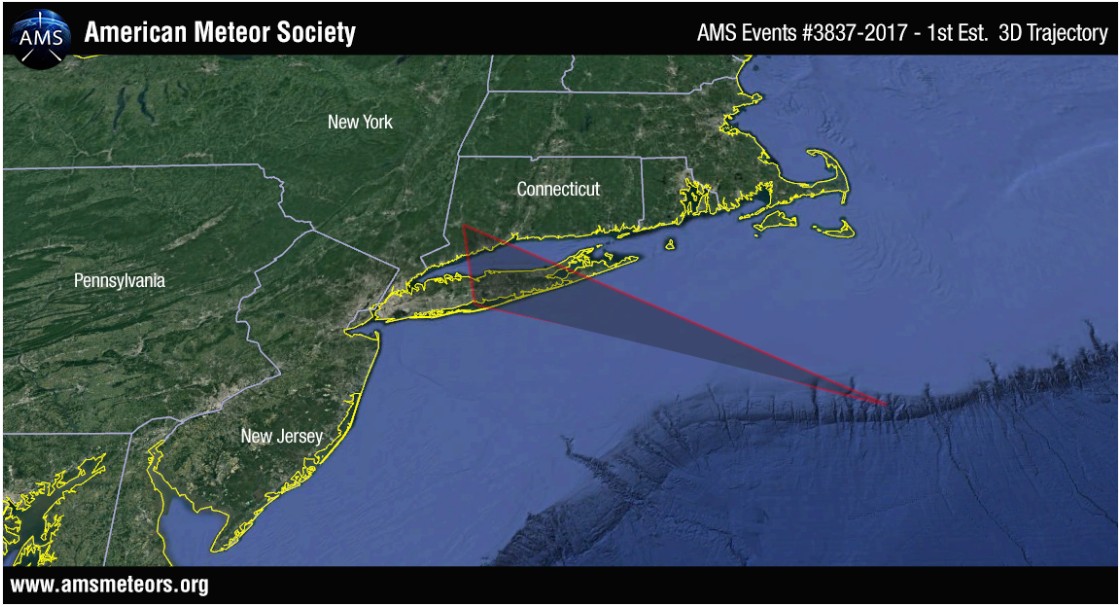 The fireball was traveling from North East to South West and ended its flight somewhere above the Nantucket Canyon in the Atlantic Ocean. 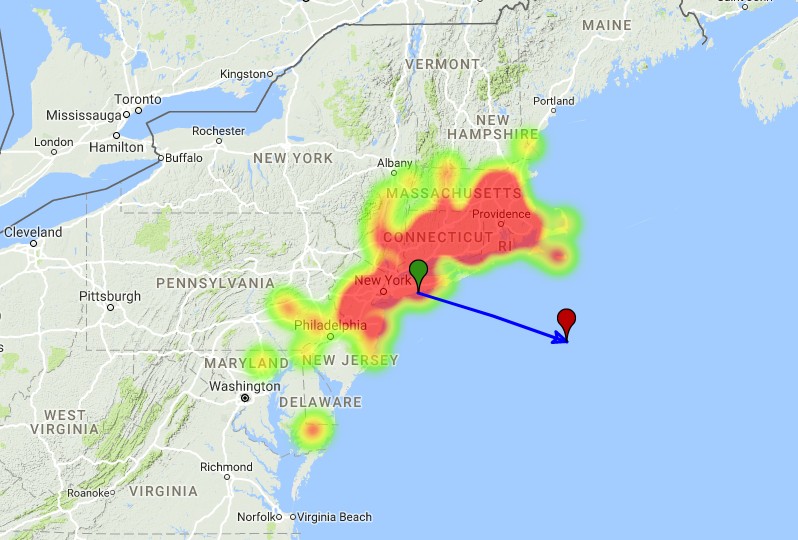 The event has been caught on tape and reported to the AMS by R. Wade from Radcakes.com: