A bright fireball was observed and filmed over Amsterdam, Netherlands at 19:00 UTC (21:00 CET) on September 21, 2017. The event lasted more than 5 seconds, flaring several times before disappearing.

While the fireball was primarily seen from Amsterdam, users reported seeing it from France, Belgium, Germany and the United Kingdom.

Automatic calculations issued from all the visual reports indicate the fireball occurred above the Netherlands. It started North of Barneveld (Gelderland) and traveled in an East-North-East direction (~280° in azimuth). It thus flew above Utrecht county, 10 km (6.2 miles) south of Amsterdam, above Hoofddorp, to end its luminous path above the North Sea, at a 15 km (9.3 miles). distance from the coast. 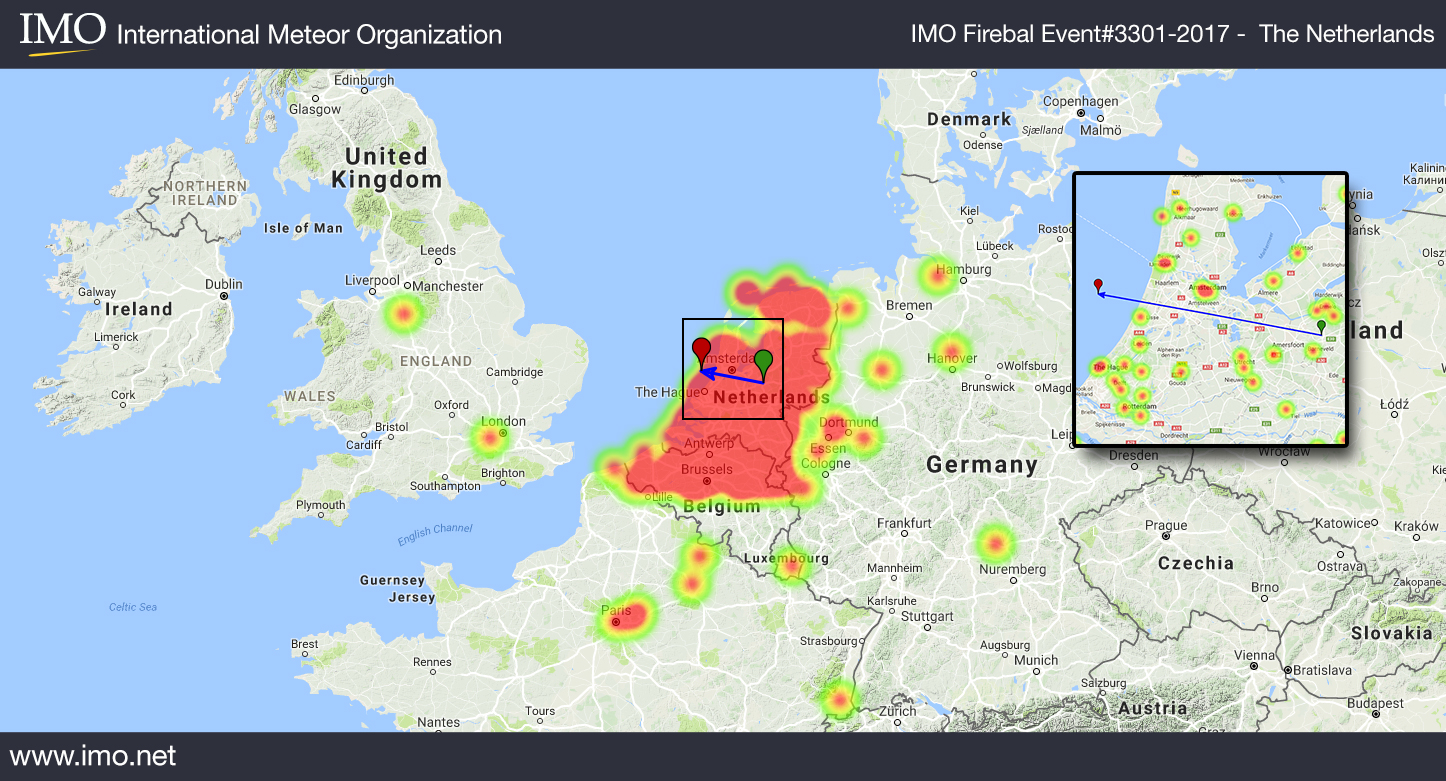 In addition to many individual sightings, it was also recorded by several FRIPON all-sky cameras, dedicated to recording exactly such events.

Recorded by FRIPON's all-sky camera located in Noordwijk, the Netherlands

This camera (video above) is part of the Fireball Recovery and InterPlanetary Observation (FRIPON) network and is hosted on the roof of a building at ESA's ESTEC technical center in Noordwijk, the Netherlands.

Other FRIPON cameras which recorded the event are located in Lille and Brussels. The combined data will allow to the object's trajectory to be reconstructed. 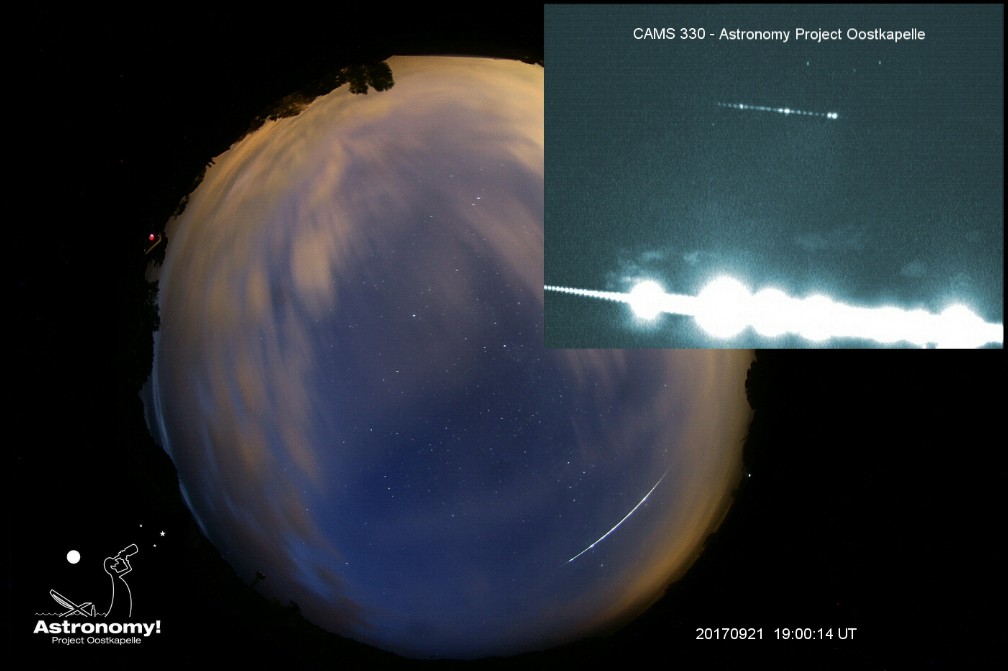 The object was likely just a few centimeters in size. It is most likely that any resulting fragments – meteorites – will have fallen into the North Sea, ESA said.