A strong ash explosion was observed at Zhupanovsky volcano, Kamchatka, Russia at 23:30 UTC on September 16, 2017. According to data provided by the Tokyo VAAC, ash cloud reached a height of 7 km (23 000 feet) above sea level and drifted southwest. This is the first eruption at Zhupanovsky since November 2016.

At 23:41 UTC on September 16, KVERT said it raised the Aviation Color Code from Green to Orange.

By 00:14 UTC on September 17, ash plume was extending about 10 km (6.2 miles) to the east, according to satellite data. It was no longer visible in satellite imagery by 07:05 UTC and the Aviation Color Code was lowered to Yellow.

Tourist organizations are advised against taking expeditions to the area. 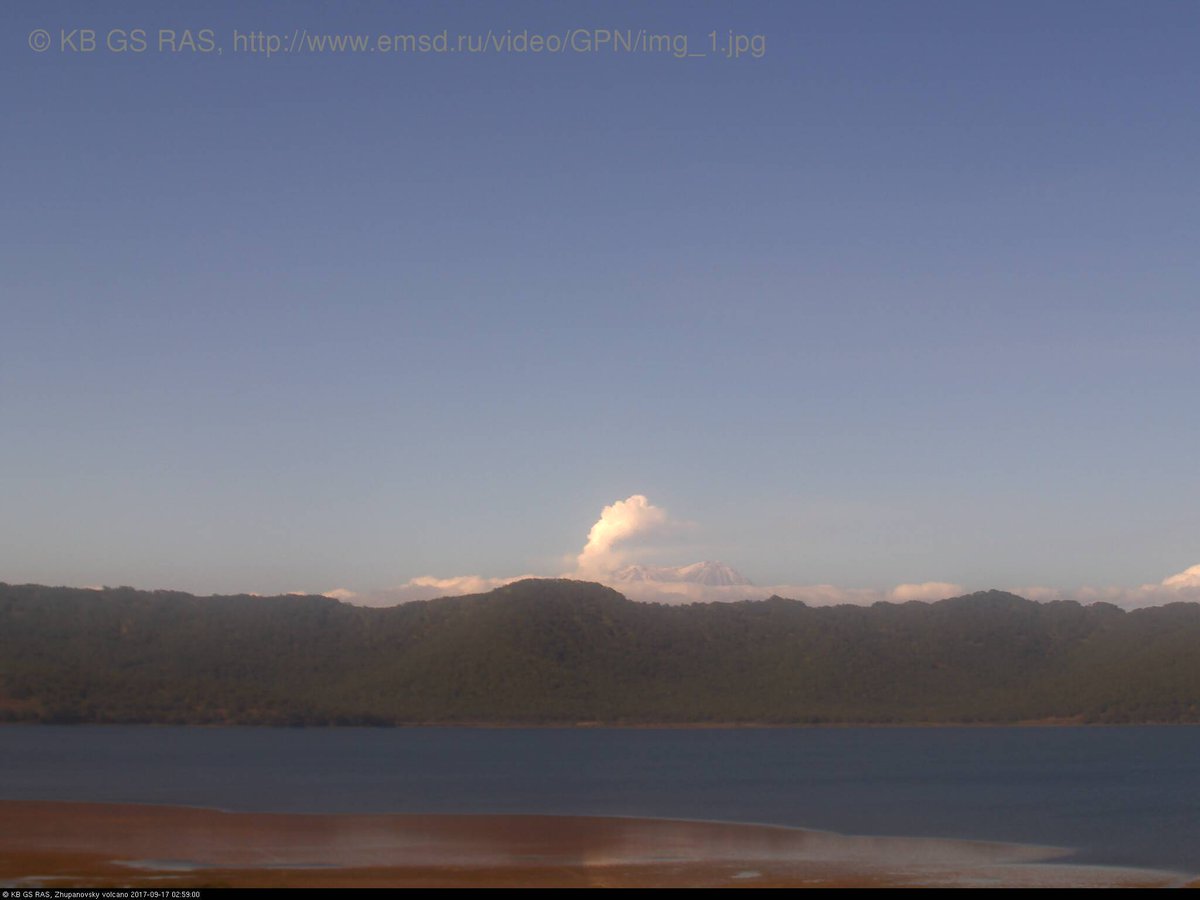 Webcam watching over Zhupanovsky, as well as other KVERT webcams, can be found at the following link: KVERT/Webcams

An early Holocene stage of frequent moderate and weak eruptions from 7000 to 5000 years before present (BP) was succeeded by a period of infrequent larger eruptions that produced pyroclastic flows. The last major eruption took place about 800 – 900 years BP. Historical eruptions have consisted of relatively minor explosions from the third cone. (GVP)