A massive landslide hit Bijie City in Zhangjiawan Township, Nayong County of southwest China's Guizhou province at about 10:40 local time on Monday, August 28, 2017, affecting 34 households. At least three people have died, seven are injured and another 32 are missing.

According to the city's publicity department, over 2 000 people, including police, firefighters and medical staff are at the scene and more than 80 emergency vehicles, 20 life detectors, 17 digging machines and 8 drones are involved in the rescue work.

"This appears to be a massive rockslide, with a fair amount of toppling as the landslide developed," landslides expert Dr. Dave Petley said.

"Unusually for a non-seismic slide the failure seems to have developed from the ridge crest and then to have entrained debris from lower on the slope  The result is a landslide with a morphology that is more reminiscent of an earthquake-induced slide," he said.

"It is notable that there is a high proportion of highly weathered material in the landslide, especially in the scar, much of which seems to have fallen from the upper part of the slope (the deposit itself is mostly intact rock blocks with a mantle of weathered material). This suggests perhaps that there was a highly weathered zone high on the slope that provided the structural weakness for the failure," Petley concluded. 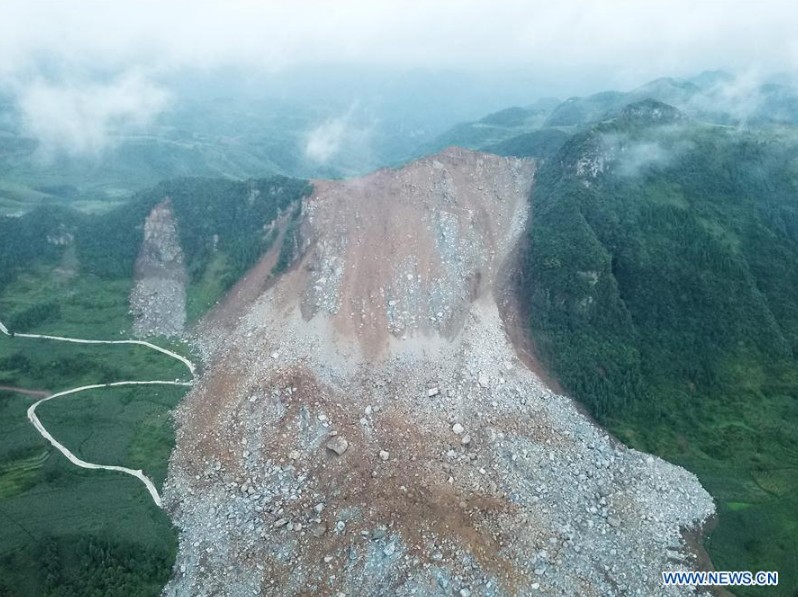 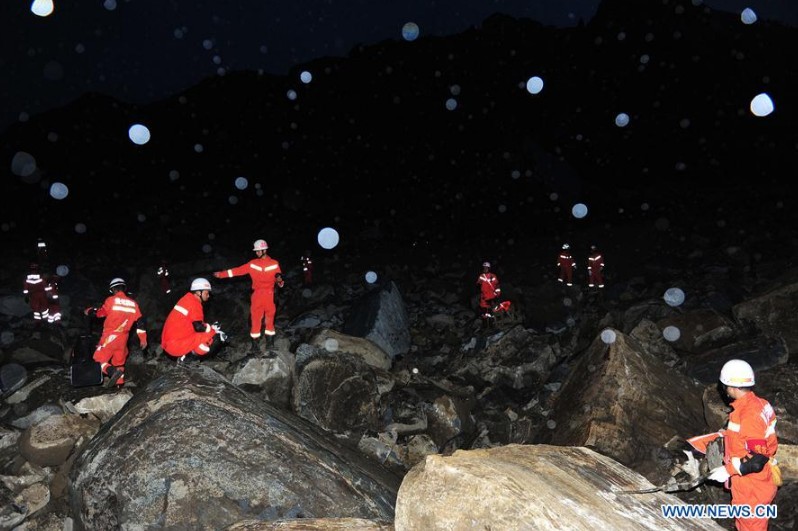 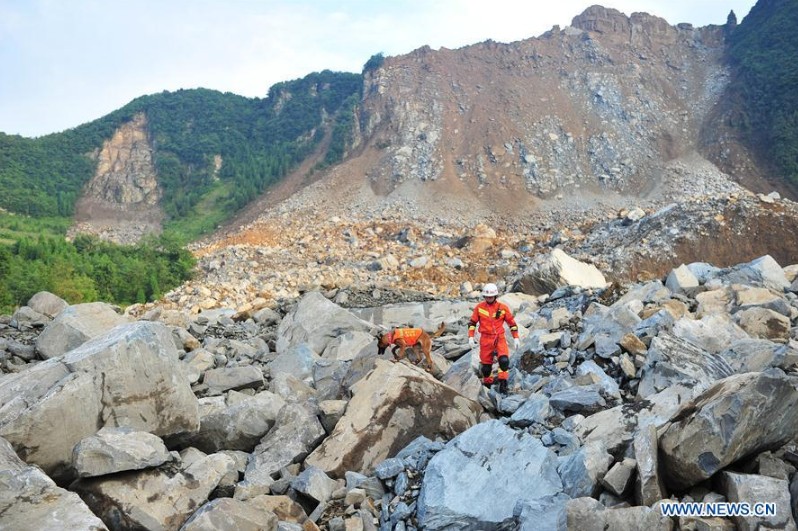 The cause of the landslide appears to be heavy rain, as the region has been battered in recent days by two typhoons that saturated soil, leaving it prone to landslides.

According to the Guizhou Provincial Civil Affairs Department report, 3 people have died and 32 are still missing under the rubble, as of 10:00 local time on August 29.